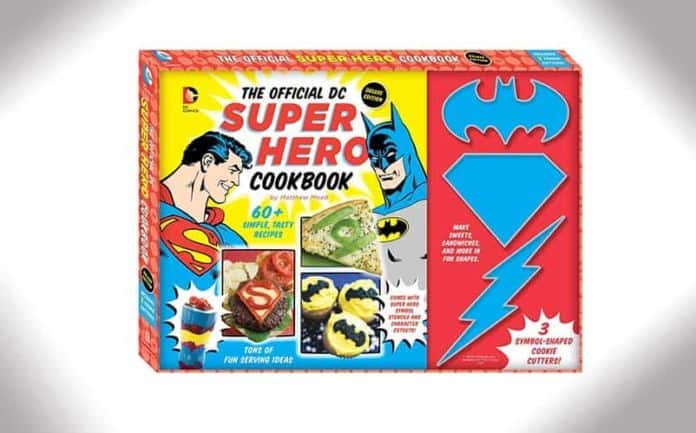 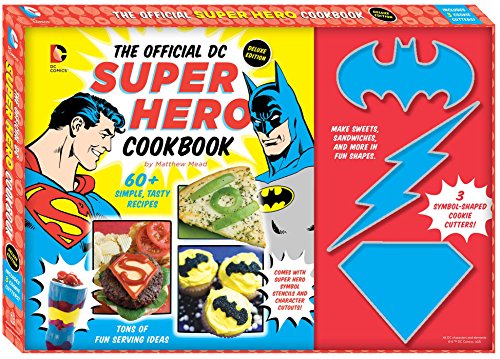 Having fun with food is what life is all about. We’ve seen plenty of geek-themed cookbooks before, such as the Cooking for Geeks Book we posted the other day, or the Kitchen Overlord’s Illustrated Geek Cookbook, but now there’s a superhero-themed cookbook, properly titled The Official DC Super Hero Cookbook Deluxe Edition. 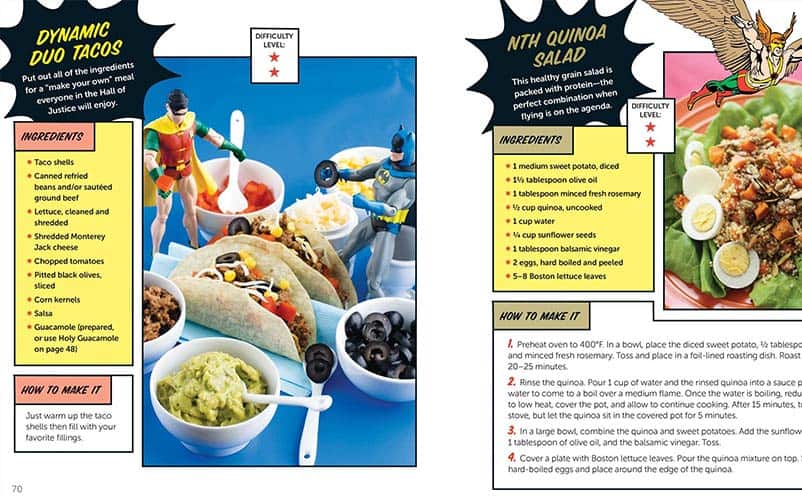 The deluxe edition also comes with 28 cardboard cutouts that will allow you to decorate your superhero meals with names, symbols, and characters. What’s more, it also includes three superhero cookie cutters, including a bat symbol, a lightning bolt, and the S-shield. So if you’re looking to learn how to make Kryptonite Krunch (superhero trail mix), X-Ray Vision Carrot Salad or The Atom’s Stuffed Potatoes, check out this DC super hero cookbook.

For more cool stuff to buy, stay tuned to Nerd Much? 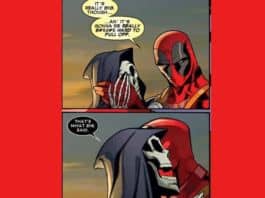