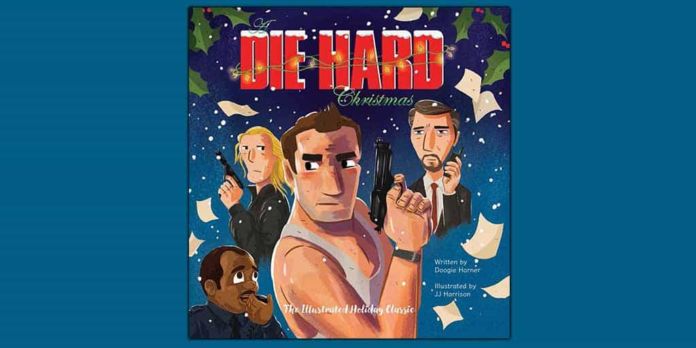 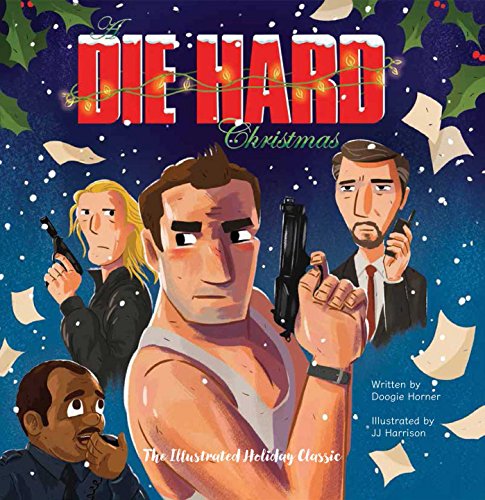 Every year, once the egg nog lattes and candy canes make their first appearances, our office gets into a no-holds-barred cage match over the debate on whether or not Die Hard is a Christmas movie or not (spoiler: it is). It has a Grinch-like villain, John McClane trying to make his way home to his family on Christmas Eve, and of course, all of the snow you can ask for. Now, we can officially put that argument to bed, thanks to A Die Hard Christmas: The Illustrated Holiday Classic by Doogie Horner.

This obviously isn’t a children’s Christmas book, but instead, it’s an action-packed storybook for the adult Christmas–lover. It’s a tale as warming as any other holiday story, though, isn’t it? Man wants to be with his family for the holidays but can’t because a wacko European terrorist takes over his wife’s office building during a holiday party. The book itself might be a bit too bloody to read to your kids is all I’m saying, so just know it’s a Christmas book for adults.

While we could take or leave (mostly leave) the rest of the Die Hard films, the first Die Hard movie is an essential action classic and remains one of Bruce Willis’s best to date.

The whimsical art contained in A Die Hard Christmas is what really makes it a coffee table necessity for the Christmas season, and you’ll definitely get a chuckle or two when your friends see it lying around. Be prepared, though — it’ll likely start the whole Die Hard vs. Christmas debate all over again.

You can pick it up on Amazon right now for $15.

Want more cool nerdy Christmas stuff? Stay tuned to our Xmas hub for fun, geeky things with a Christmas skin on them.