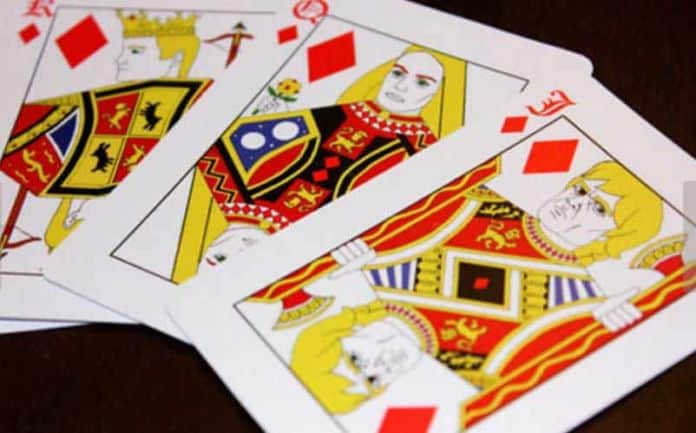 We’ve seen some pretty great Game of Thrones merchandising over the years — like Ommegang’s Game of Thrones-inspired brews and the GoT coloring book, for example — but we’re surprised it has taken this long to find this: a Game of Thrones Playing Cards deck.