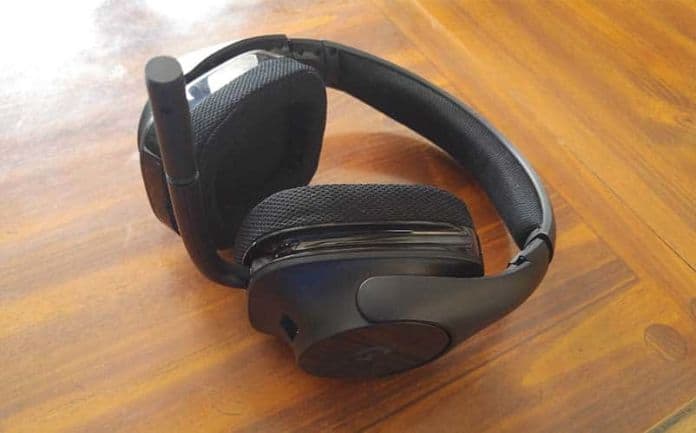 Logitech has really been killing it with their gaming accessories lately. When you see virtually any comment discrediting wireless gaming mice, you’ll see a flock of gamers simply say “G900” in response; that’s Logitech’s incredible wireless gaming mouse that has virtually zero input lag. But, the point is, when Logitech says they’ve got a new product in the pipeline, I always pay attention. Their latest is the newly announced Logitech G533 Wireless Gaming Headset, and after spending a couple weeks with it, we’re ready to share my thoughts on it. 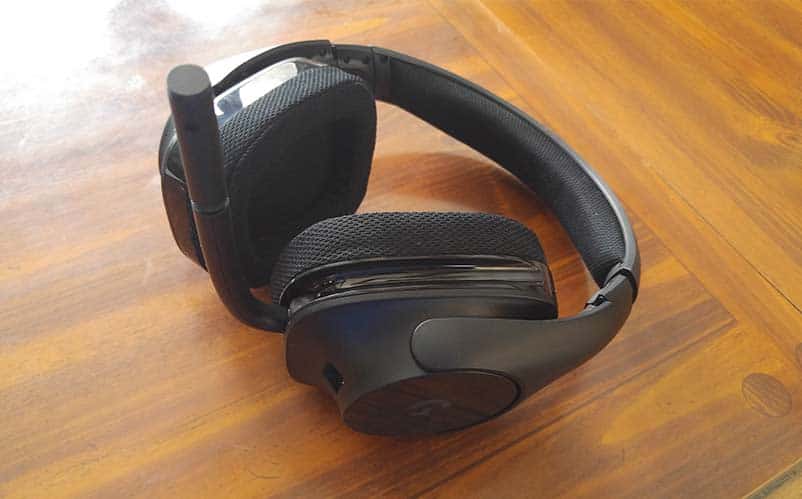 First and foremost, the G533 is an incredible headset all-around. Not only will you be impressed with how light the headset is, but also its comfort. The top of the headset is filled with puffy memory foam, and the earcups are also super soft. As someone who frequently has trouble finding a good gaming headset because of the fact that I wear glasses and the earcups typically get uncomfortable after a short while, I can especially appreciate Logitech’s emphasis on crafting something that’s comfortable to wear.

Secondly, the G533 battery life also deserves praise, as it comes in at a whopping 15 hours (and yes, it really does last that long). What’s more, the battery is removable and replaceable, so you can theoretically buy an extra battery and keep one charged at all times. We can’t imagine a scenario in which you’d need 15 hours of straight battery life, but the fact that it has that capability is something worth touting. The only flaw in the G533 is that there isn’t an AUX passive mode that would allow you to use it when there’s no battery life, meaning you HAVE to have it charged to use it. But when there are 15 hours of battery life, it’s not so much a problem as it sounds on paper.

As far as the G533’s look is concerned, it has a no-frills design. There’s no RGB lighting or any lighting at all, other than a glowing green light above the power switch to let you know that it’s on. Obviously, including LEDs means battery drain, and Logitech wanted the G533 to last as long as possible; excluding illumination for battery life is something most gamers will be able to accept. But even without any colors, the headset looks modern, sporting all-black everything. And even though the headset has a minimalist feel to it, it doesn’t look dated. 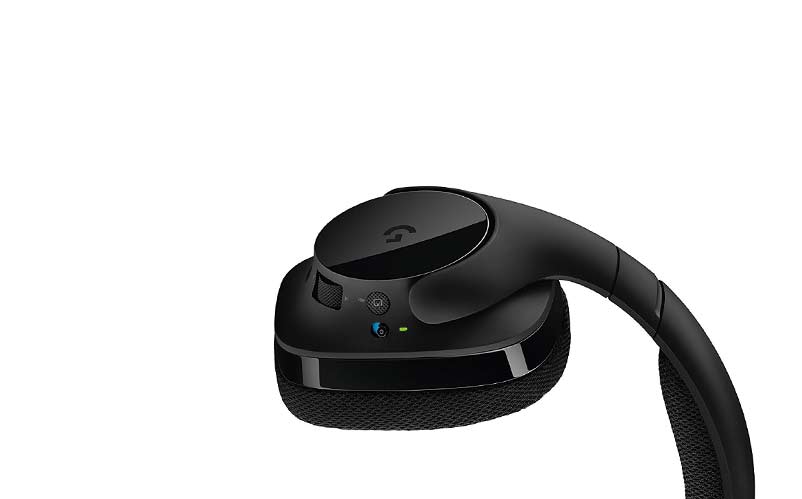 Logitech also boasts that the G533 has a range of 15 meters, and in my testing, that rings true. I was easily able to take my headset to the kitchen with me for a snack break in between Overwatch matches without losing sound, with the headset sounding just as clear as if I were sitting right in front of my PC.

Most importantly, though, is that the headset sounds great. The closed back design helps to keep sound out, but not enough so that you can’t hear someone trying to get your attention right next to you (which, my wife appreciates). The lows thump as they should, and the highs are crystal clear. The clarity among the broad spectrum of sound frequencies you might hear in a game is incredibly impressive with the Logitech G533, and this makes pinpointing what direction those enemy bullets are coming from in Battlefield 1 easy. Whether you’re hearing footsteps behind you or explosions in the distance, sound clarity with the Logitech G533 is top-notch. Microphone quality is also great, as my teammates noted that my voice sounded clear and there weren’t any harsh noises when I spoke.

At $149.99, you won’t find a better entirely wireless PC gaming headset than the Logitech G533. Its 7.1 sound is the clearest we’ve ever heard on a wireless headset, its comfort is unmatched, and its long-lasting battery will easily outlast your play sessions.