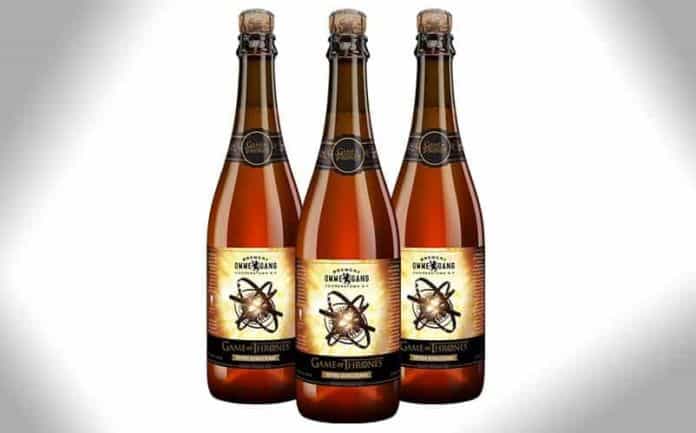 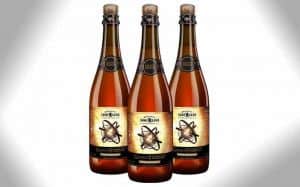 If you’ve yet to experience the greatness that is Ommegang’s many brews — my personal favorite being their Chocolate Indulgence Stout — you’re missing out on some truly great suds. Not only do they make great traditional brews, but the brewer also creates nerd-themed beers based on Game of Thrones. By now, you might’ve heard of their Take the Black Stout, Three-Eyed Raven, Fire and Blood, or any of their other Game of Thrones beers. Now, the company has just announced a new brew, the Seven Kingdoms Hoppy Wheat Ale.

The new brew will be available beginning in March 2016, just in time for the Game of Thrones Season 6 premiere date, and it will be available in both 750ml bottles and on draft. Seven Kingdoms will be a marriage of traditional Belgian-style wheat and a hop-forward American ale, aiming to provide a pleasant, playful and inspired taste. It comes in at 6.9% ABV, and comes with a nuanced complexity.

It’ll pour a hazy pale yellow with thick white foam at the top, providing a floral, citrusy and passion fruit aroma It’ll have a full, round hop flavor with tart orange and lemon with “a substantial wheat maltiness” with hop notes that linger slightly. It’s intended to be a fusion of two wonderful styles, and because of the popularity of the previous Game of Thrones beers, Seven Kingdoms will be brewed at 3.5 times the volume to ensure that everyone will have a bottle next to them while they watch the season six premiere.

For more on Game of Thrones and nerdy beer, stay tuned to Nerd Much.