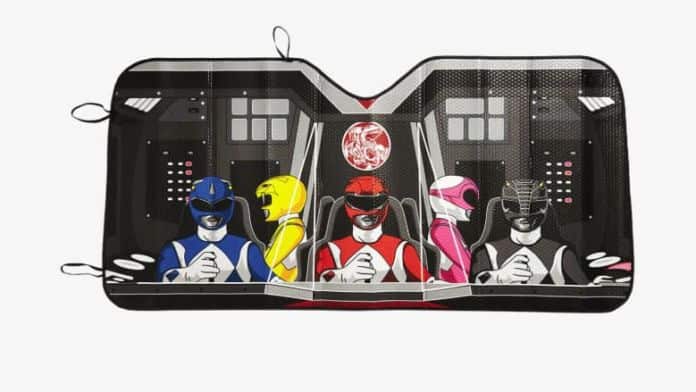 I don’t own a MegaZord, sadly, but at least with this Power Rangers Accordion Sunshade, I can feel like I’m part of the OG Mighty Morphin Power Rangers team a little bit. The shade is great for any Power Rangers fan or anyone who used to watch it as a kid in the 90s and wants to give their parked car a little bit of nerd cred.

The art on the sunshade is a very cartoony illustration of the Power Rangers in the combined control room of the MegaZord. It’s a little bit on the simpler side, though, and most of the detail is reserved for the helmet which makes sense – since all of the Power Rangers’ costumes are so similar anyway. At least all the details are there on the helmets, but the helmets also feel a little over-detailed next to the bodies. In fact, if you look closely it seems like the same bodies are used for the Blue, Red, and Black Rangers while Yellow and Pink in the back use the same body… just flipped.

Even though this is the case, it’s just too dang cool to see the Power Ranges sitting in my parked car as if it were the MegaZord.

As for the actual sunshade, it’s pretty much what you would expect from a sunshade. It keeps the sun out and… that’s about it. Overall it keeps my driver’s seat, dash, and steering wheel nice and cool, which is great given the California sun. I’ve not noticed any fading on the screen itself which is a fantastic sign. It looks like this should last me for a while.

The fit is a bit tight for my car, so if you have a smaller car you may have a little bit extra shade for your window, but don’t stress. The smooth notch along the top of the sunshade should help you mostly center the sunshade in your window.

It really is a great buy for any hardcore Power Rangers fans or anyone who grew up with the show as a kid. 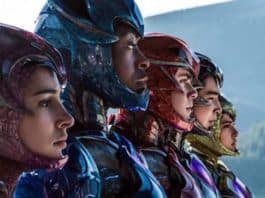 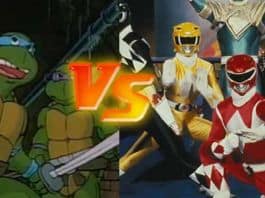