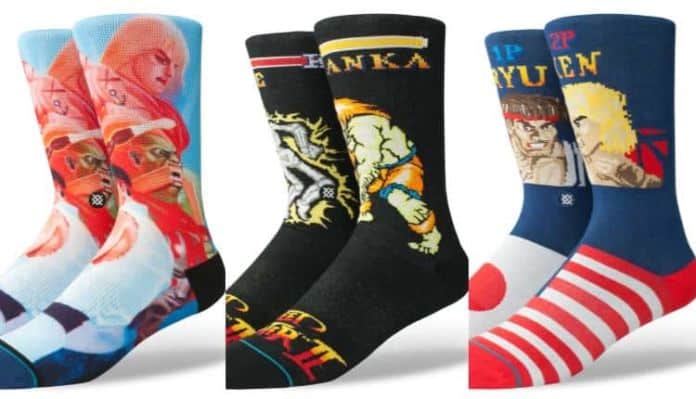 Stance has a brand new line of socks, the perfectly nerdy Street Fighter series. The first of which are simply called Street Fighter II and depict a few of the most famous characters in the game like Ryu, Blanka, and Ken Masters. Each are in the art style of Street Fighter II, all clearly ready for a fight. These socks have dark blue toes and black heels, each reinforced to prevent wearing down too quickly. 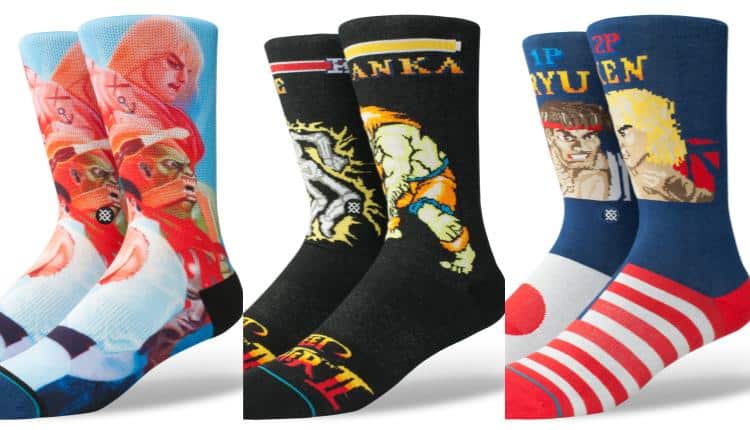 You can machine wash these socks in warm water, but avoid putting them in the dryer (that way they will not shrink and will last longer), bleaching (they will never look the same if you do) or ironing the socks (heat plus printed socks equals a sticky mess).

The second pair are called Guile vs. Blanka. The Street Fighter II logo is placed near the toes and the character figures are on the front of the sock at the top. Both characters are a bit more pixelated than the Street Fighter II socks. Their health bars are above their heads, just like in the game. It appears that Blanka is losing this fight, as his health has dropped quite a bit even though Guile is in the middle of being so shocked, you can see his skeleton.

Guile vs. Blanka sport the same material as the Street Fighter II socks and as such, the same warnings apply. If you love these socks, you must be careful with them lest you accidentally destroy the beautiful art that makes them so wonderfully nerdy.

Last but not least are the Ryu vs. Ken pair. This is set up less like an in-game fight and more like the player selection menu. Each character has their character icon, name, and player number. On the right sock with Ken on it, the foot is made after the American flag with red and white stripes, and the appropriately colored stars on the side. Ryu’s foot section is after the Japanese flag, white with a bright red sun in the middle

These are also the same material as the other socks. Priced at $18.00 USD each, they make for expensive socks. But each pair are worth it with the accurate art on each and the promise of long-lasting material if taken care of correctly. 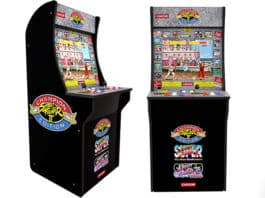 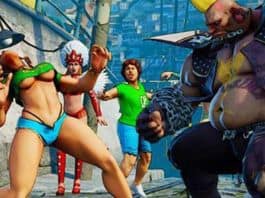 Street Fighter V Would Be Just As Good Without Mega Boobs 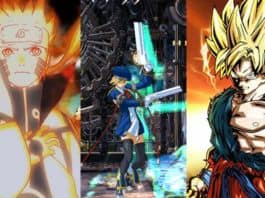