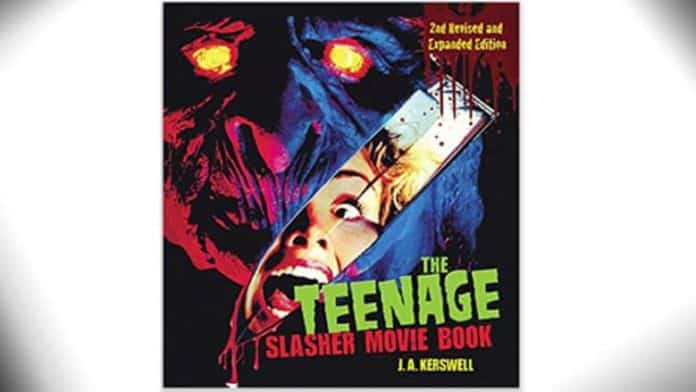 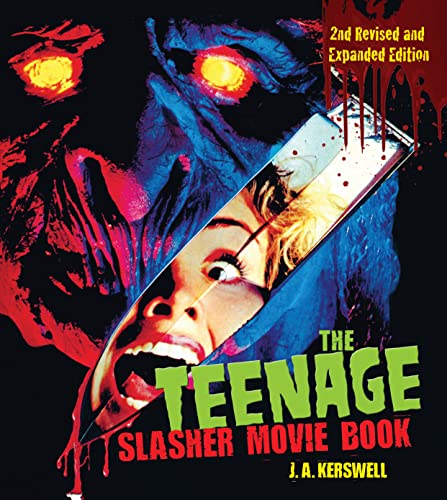 Slasher movies are one of our favorite horror subgenres here at Nerd Much?. Running away from someone with a giant knife or a chainsaw might sound like a simple plot for a movie – and it certainly is – but that doesn’t make it any less terrifying. In celebration of the slasher genre, there’s a new updated version of The Teenage Slasher Movie Book (2nd Revised and Expanded Edition).

It’s a compendium of the gore-filled genre that details when and how the subgenre began and discusses its current renaissance phase.

And even more interesting than that, the book discusses the cultural, political, and social influences on the genre. It also includes all of the murderous art your twisted heart could ever want.

The Teenage Slasher Movie Book is filled with slasher movie reviews of the best and worst movies in the genre, and now, with this revised and expanded edition, it has even more movies contained in its pages.

It contains everything from popular, well-known series like Halloween to obscure slasher films like Final Exam. Its pages are colorful and attractive to the eye, with an abundance of blood red – making it a great nerdy coffee table book.

It’s available for pre-order now on Amazon, and it’ll be released on October 9, 2018.