Home Cool Stuff Game of Thrones Viserion Ice Dragon Figure is as Cool as The... 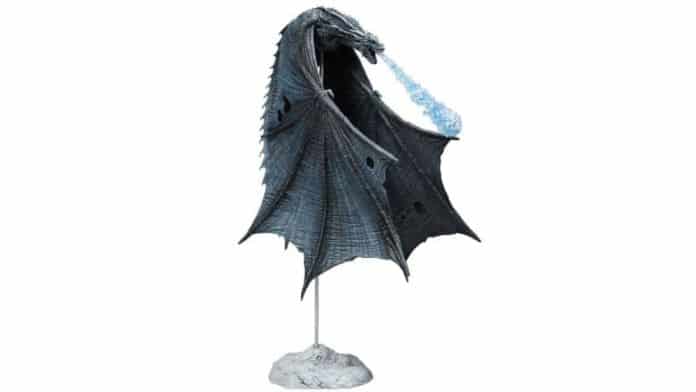 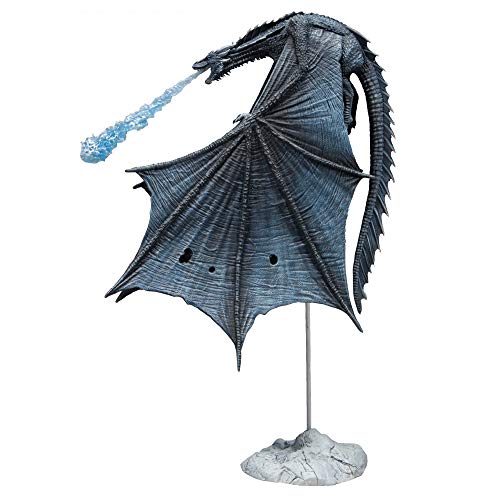 With Game of Thrones‘ final season being announced for April, the countdown is officially on for the end of HBO and George R.R. Martin’s epic saga. And to celebrate, McFarlane Toys is resurrecting its McFarlane Monsters line of figures. And what better way to relaunch than with something resurrected itself? The lead-off monster is none other than a Game of Thrones Viserion Ice Dragon figure.

You likely haven’t forgotten this monster after his traumatizing introduction in the Season 7 finale of Game of Thrones’. Spoiler warning for those not caught up, but it was Viserion who was the first of Daenerys Targaryen’s dragon to be slain in the war with the White Walkers.

The Night King was able to resurrect the beast. And we saw the massive destruction the undead dragon was capable of when the Night King had Viserion lay waste to the Night’s Watch outpost at Eastwatch-by-the-Sea. The dragon was able to collapse a large portion of the previously indestructible The Wall, allowing the Army of the Undead to begin heading south.

McFarlane’s Game of Thrones Viserion Ice Dragon figure is the epitome of bad ass. It looks identical to its television counterpart and features an impressive scope with dimensions of 9″ x 16.5″ x 10.5″. It comes with an elevated base as well so that you can position the undead dragon wherever you choose.

The Game of Thrones Viserion Ice Dragon figure also sports 10 points of articulation, allowing you to adjust its tail, legs, wings, and neck so that you can put the creature in a variety of poses. Should you spread the creature out and put Viserion’s full wingspan on display, the creature stretches out to 16.5” wide.

What’s perhaps most impressive about McFarlane Toys’ Game of Thrones Viserion Ice Dragon figure is the price. It’s currently being sold on Amazon for a mere $25.99 with free shipping via Amazon Prime. You’ll have to wait a bit to get it though. Preorders are available now, but the item won’t ship until May 10th, 2019. Which should line up perfectly for right around where the Game of Thrones series finale is likely to air. 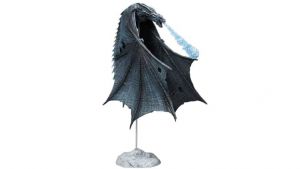 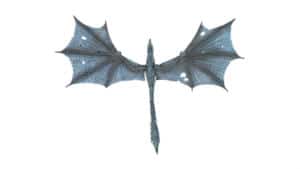 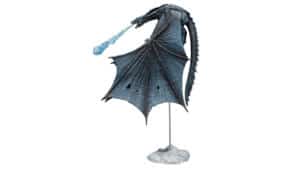