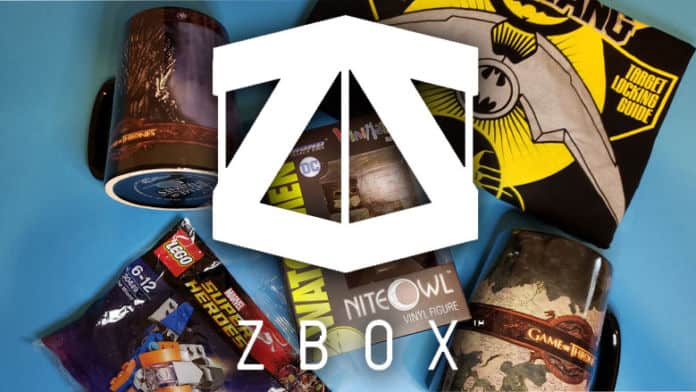 With so many subscription boxes available right now, it can be tough to figure out which one is right for you, and which one offers the best bang for your buck. We’ve tried quite a few monthly sub boxes before, including LootCrate, Book of the Month, Geekbox, BrickLoot, and Munchpak to name a handful. So, we’re quite familiar with the landscape.

The latest box that we’ve tested is Zavvi’s ZBOX – which touts itself as “The mystery box made for geeks.” Our first box just arrived over the weekend, and we are quite impressed.

It’s typically the case that with these types of random mystery boxes I find myself with a mixed bag of items; the mystery box will have one or two products that are relevant to my interests and the rest of the items will be duds. With our first ZBOX, though, each item was spot-on with the nerdy franchises I’m most interested in.

Each monthly ZBOX includes 4 to 7 products in each box, including an exclusively designed t-shirt.

Here’s everything that came in our first ZBOX (and their retail prices found in various places around the web): 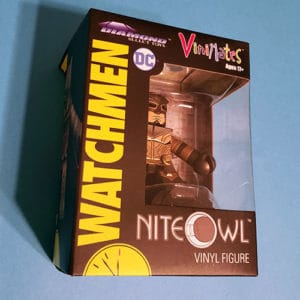 We absolutely love Minimates, and we’ve already built up a small collection from various other properties. This one gave us a smirk when we opened it this morning, since we also got our first look at upcoming Watchmen HBO series earlier today. 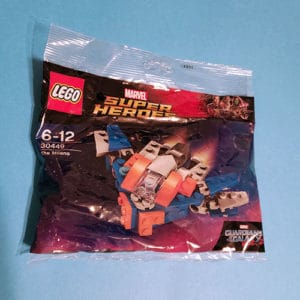 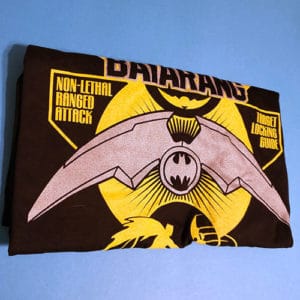 We’ve seen so many Batman shirts, and already own so many Batman shirts. However, this one is a unique design we haven’t seen before, with a focus on the Batarang as a Wayne Industries product as opposed to Batman. As lovers of cool Batman stuff, obviously we were thrilled to find this tee in our box.

Game of Thrones Mugs from Nemesisnow.com 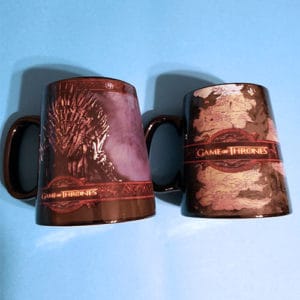 These are some high-quality, large mugs with printed Game of Thrones graphics on them. These mugs don’t feel like cheap mugs you’d find from someone on Etsy or unlicensed merch that you’d find on Amazon. They’re officially licensed, and their worth alone is more than the total price of Zavvi’s ZBOX.

Now, you might notice a lack of overall theme with our first ZBOX shown above, but I’ll note that we’ve been told that most of the monthly ZBOXes have a theme. In fact, if you look at Zavvi’s site, you can find some examples of their previous ZBOX themes that you can actually purchase separately. For example, a Detectives Box that includes stuff from Batman, Jessica Jones, and more, as well as a Nostalgia Box that includes items from Pacman, Back to the Future, and some SNES properties.

Overall, we’re stoked with both the value and the item selection of the ZBOX we received. As lovers of Batman, Game of Thrones, the LEGO brand and comic books, the ZBOX genuinely felt like it was crafted just for us.

If you’re interested in picking up a ZBOX subscription, you can head over to their site and either buy one box to test it out or buy a 3 month, 6 month, or 12 month subscription. If you choose any of the latter options, use the code NERDMUCH for $10 off of your first box.