Crackdown 4: What Would Make Us Care About the Next Crackdown? 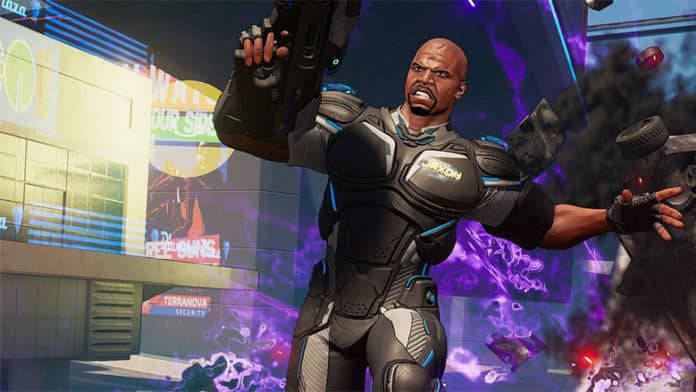 I think it’s safe to say that no one was surprised that Crackdown 3 didn’t live up to what it probably could’ve been. After all, the writing was on the wall, with numerous delays since its original announcement way back at E3 2014, lackluster response to its announcement, and no apparent hook that differentiated it from the previous two games in the series. Hell, even Xbox’s own executives have said that announcing the game as early as they did was a big mistake.

I don’t think the failure of Crackdown 3 – and, yes, I’d say at this point it’s looking like a failure – is enough for Microsoft to stick a fork in the series, nor do I think that fans want to see the series go away for good.

But there’s no denying that Microsoft will have its work cut out for them if they decide to create a Crackdown 4. It’s an uphill battle from here, but luckily for Xbox fans, I don’t think it’s impossible to get us to care about the series once more.

One thing we here at Nerd Much? LOVE to do is speculate about the future of a video game franchise, especially when a next iteration is inevitable. In this case, with Crackdown 4, I don’t think that’s the case; if anything, I’d say it’s more probable, not inevitable.

So, what could Microsoft do to get us to care about a Crackdown 4? 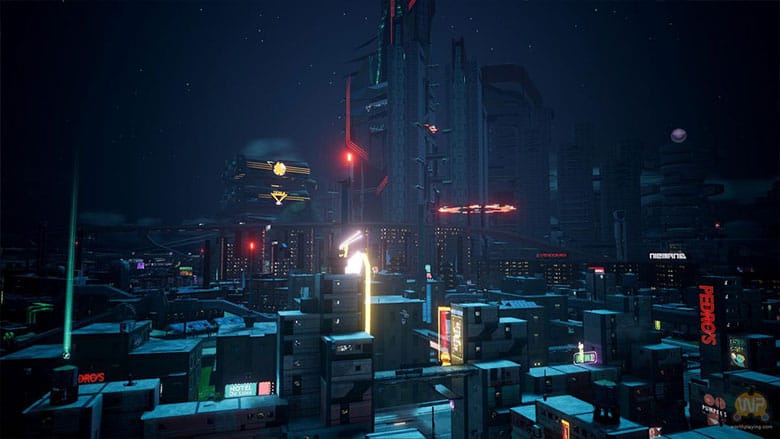 One of Crackdown 3’s biggest problems — and, if we’re being honest, its two previous iterations as well — is that the entire game takes place in one big city, with very little variation in what players are looking at. Essentially, you’ll see tall buildings, neon lights, and all the colored orbs your eyes can handle. Each building looks similar, and after a few hours of playing around in the world, you’ve basically seen it all.

If you’re planning to release a game where players are already becoming bored after just a few hours, chances are you shouldn’t rethink your game design.

In the case of the Crackdown series, mixing things up visually is tough because the gameplay was built on leaping tall buildings in a single jump. But, that doesn’t necessarily mean there isn’t a solution. Even including simple variations like dynamic weather or different biomes would do wonders for mixing things up and keep the game from growing stale too quickly.

Never Do What They Do 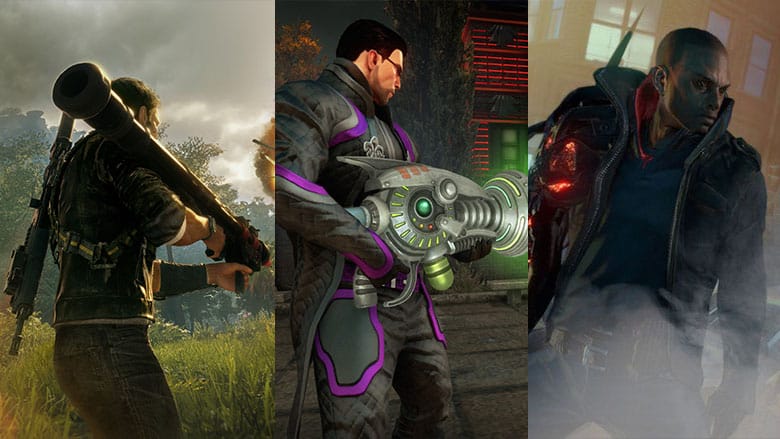 When Crackdown first released back in 2007, there weren’t a ton of games doing what it was trying to do (which is be a ridiculous, over-the-top action sandbox game). At the time, Just Cause had only just released a half a year earlier and had yet to become as popular as it is now. Saints Row had released, too, but it was more closely aligned with Grand Theft Auto than the more over-the-top open world playgrounds of the era. And, that’s why the original Crackdown worked as well as it did: it was its own, new thing. It wasn’t copying any games; it was trying to be its own thing. And, it succeeded at being a goofy, over-the-top action game that was purely fun.

But now, look at what Crackdown 3 is, essentially: every other open world action sandbox game that has come before it. And, as I noted in my Crackdown 3 review, it brought nothing new to the table; there’s not a single unique thing about it. It’s doing everything other games like Prototype, Just Cause, Saints Row IV, Marvel’s Spider-Man, and more have been doing for the past 10 years.

If Microsoft intends on creating a Crackdown 4, it’ll need to give the game a unique hook – something new and fresh. Players will likely check out from the series if the next game in the franchise is just more of the same.

Admittedly, with the genre inherently being a kitchen sink of action movie tropes, that’s going to be hard, as I’m not sure where they could go. But you’ve got Just Cause and Far Cry and other games in the genre figuring it out, right? So, there has to be something there that Crackdown could do to stand out.

(We’d love to hear your ideas in the comments on this!) 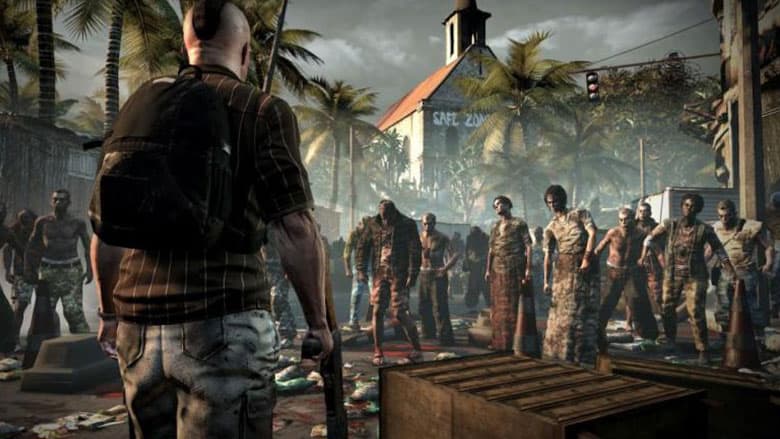 I know – so many of you reading this are going to say, “who the hell wants another zombie game?” But, hear me out…

What types of enemies are you fighting in Just Cause, Saints Row, Far Cry, and even Spider-Man? Humans (albeit superpowered humans in the case of Spider-Man). Yes, there are some instances in these games where you’re fighting mutated beings, but it’s not a core element, by any means. For the most part, you’re shooting at humans who are shooting back at you.

Now, conversely, zombie games don’t tend to take a ridiculous, over-the-top action approach as Crackdown does. There has never been a zombie game that lets you pick up a car and throw it at a horde of zombies. Dead Rising does some cool shit, but you’re not an overpowered agent in those games like you are in Crackdown.

What if Microsoft did to Crackdown what Rockstar did with Red Dead Redemption and Undead Nightmare? Essentially, you’ve got a lot of the same elements that made the game popular in the first place but you’ve added a new enemy…zombies.

In all honesty, I think an alien invasion would make more sense in the world of Crackdown, especially if you’re leaning into the weirdness of the world. Of course, that was essentially the premise of Saints Row IV with the Zin, so you have to be careful not to just make Crackdown 4 the same thing.

Perhaps an interesting take on an alien invasion in the Crackdown world would be to make the aliens monstrous and lean into the horror side of things. It would sort of create an interesting juxtaposition with a horror tone and Crackdown‘s overblown and over the top action, and when combined, cool things have the potential to occur. 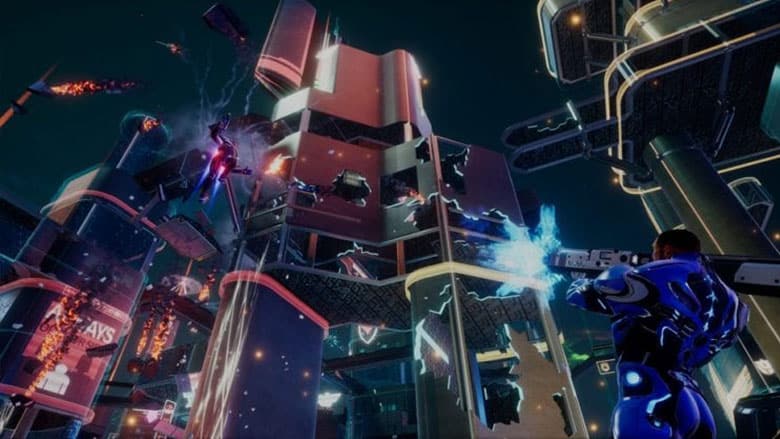 When talking about separating Crackdown from the other similar franchises, one thing is worth noting: Far Cry, Saints Row, Just Cause, Prototype, and others have something in common: an entire lack of multiplayer, save for some co-op.

The gameplay concepts of Crackdown — mostly its verticality in comparison to other online multiplayer games — can work well in an online setting. However, Crackdown 3‘s multiplayer fell wildly short of what it could be, not only because of its lack of quality control (framerate issues galore, you guys) but also because of its severe lack of modes.

One thing that did prove to work well for it, though, was its verticality, and that’s the core essence that Microsoft should lean into when conceptualizing the Crackdown 4 multiplayer modes.

Listen — the story in the Crackdown franchise isn’t something fans care about…at all! The fourth game in the series can come with something entirely outlandish, and not a single fan would care — as long as the gameplay is fun. It’s just another reason why focusing on the multiplayer side of things makes even more sense.

No, single player games aren’t dead. But if you look at the most popular games with the most players (and most revenue), you’re talking about solely online games like Fortnite, Apex Legends, Overwatch, and Call of Duty.

Now, if Crackdown 3 would’ve originally released in 2017 or even early 2018, I would’ve suggested a battle royale mode. But by the time Crackdown 4 would even be created and released, we’re talking years into the future, and that’s no longer going to work.

Crackdown 3’s original hook was supposed to be its multiplayer and its use of the cloud to allow for everything on screen to be destructible. While all that sounded cool in 2015, we couldn’t care any less in 2019 because we’re so sick of hearing about the cloud we want to rip our ears off.

But if Microsoft can create an exciting Crackdown online experience, and use that as the basis for its next game, it would definitely get fans to care about Crackdown again. Crackdown online makes more sense if it were to use something like the concept Grand Theft Auto online which has an open world hub setting and then numerous modes to jump into and play if players want something with more structure. On top of that, it has RPG elements and leveling and a sense of progression. Apply that to Crackdown, and you’ve got something there.

What else could Microsoft do to get us to care about Crackdown again? Sound off in the comments below — we’d leave to hear from you!