I was thrilled as soon as I heard the music. It was E3 2016 and I distinctly remember frantically typing “It’s Crash! It’s Crash!” to various groupchats. The fact that it was just a remaster was a little disappointing for me but hey, “3 classic games, 1 disc? Sign me up!”

I’d been waiting for the Crash Bandicoot N.Sane Trilogy ever since.

Like any Type A nerd, June 30th was marked in my calendar as “Crash day!.” My brother/roommate picked up the game—on its release date—shortly after Best Buy opened and was shocked to see people already lining up at the register for this blast from the past. We made plans to play the game together that evening.

I got out of work, I went to a meeting, and then I raced home; I was exhausted, but eager to spin, pick up wumpa fruit, and race around on every animal and in every vehicle I could get my hands on.

The hype was real but, unfortunately, unwarranted. The remaster brought Crash Bandicoot into 2017 visually but gameplay wise it’s far from what I want or expect from a modern game.

Jumping: Harder Than it Sounds

While we intended to play Crash Bandicoot that entire night but our constant deaths and game overs robbed us of a few hours with little to progress to show for it. Upon talking to other gamers it was clear this sentiment was not uncommon. The Crash Bandicoot N. Sane Trilogy was killing everyone I knew. The consensus seemed to be:

“Wow. I don’t remember it being this hard.” 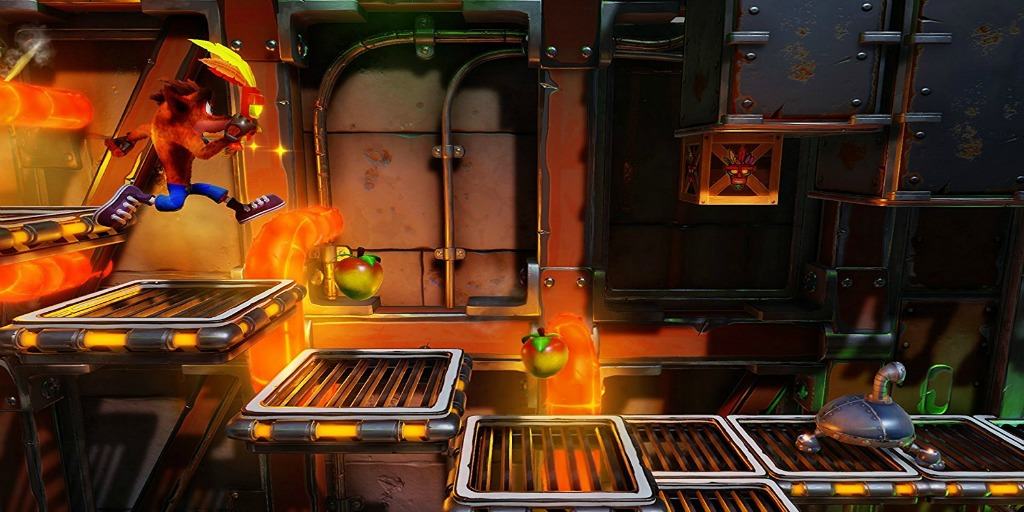 When it comes to retro games/remasters and their game difficulty there seem to be two schools of thought: “It’s not (just) hard, it’s flawed” or “Modern gamers are weak.”

In this case, many people have the latter opinion, using Crash’s difficulty to support how good Crash Bandicoot and the 90’s were. As if to say “Wow, my modern gaming self needs to step it up for this classic.” But to me, the reality is clearly “Wow. Games have gotten a lot better and I’m glad I don’t have to deal with this any more” followed by the question I can’t shake: “Why should I bother to play this?”

The lack of answer has left me with 3 unfinished games.

But most of all, I found myself wondering: am I bad? Or Is the game bad?

When it comes to the Crash Bandicoot N. Sane Trilogy the controls are clunky and awkward. The game’s hardest enemy is depth of field as most deaths are due to miscalculating distance (between jumps or between the player and enemies). But these miscalculations aren’t due to our deteriorated skills, the game is legitimately harder than before due to more “slippery” jumps and tighter collision boxes—as cited by Polygon.

The Bigger the Hype, the Harder They Fall

I wanted to like these remastered games. Visuals? Good. Playing as Coco? Good. Crystals? Good.

And yet… the games are just bad. Every redeeming quality I find in this trilogy is overshadowed by the bottom line: the Crash Bandicoot N. Sane Trilogy is not a fun experience. Platformers are all about timing and control but with this game I feel like both are a dice roll rather a reflection of my skill.

The Crash Bandicoot N. Sane Trilogy is a set of platformers that can’t get a handle on jumping. And that’s the biggest flaw a game in this genre can have. But in the remaster’s defense, the old games weren’t much better at this.

I could’ve continued about my days without thinking about how frustratingly bad the storyline is for these games. Naturally, I don’t come to platformers for the story but Crash’s story is particularly bad. I’m not even talking plausibility here. But, for instance, in the first Crash game he escapes from the lab and then just starts working his way through levels with no further context. Weird. And Crash may be loveable in his animations but man, this character is DUMB. I know giving silent characters a personality has its own set of challenges but Crash is pretty dry in these cut scenes.

In the end, there’s little explained about the game world and I don’t feel like I ever discover it.

The result is, as a gaming experience, Crash keeps me at arms length while putting me through an unforgiving gauntlet that’s a series of repetitive, hard chores.

A Trilogy That Tries and Fails

I had to skip the original Crash Bandicoot because I got so incredibly stuck on a level that nothing else in my life would get done if I persisted. Crash Bandicoot: Cortex Strikes Back was better: from the opening cutscenes (which set the story with actual context) to the vehicles and animals you get to ride. 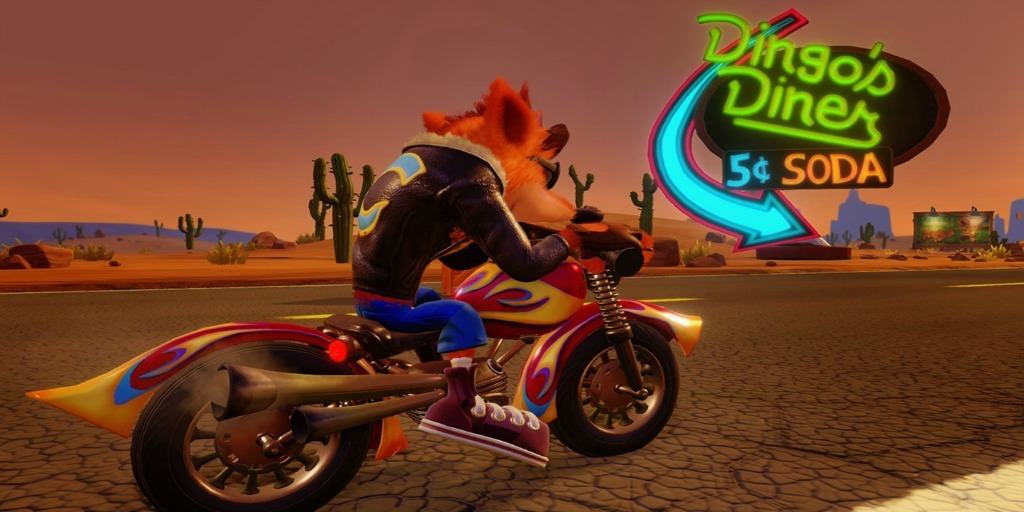 So what specifically makes it so lackluster? All mechanical problems aside, Crash Bandicoot feels like a lot of the same; and what it does well (spinning, personable animations, and fun vehicles/good chase sequences) just isn’t enough to get me invested in a game—let alone 3 games.

I don’t blame Activision for this, however. The goal of a remaster is to make updates while preserving the integrity of the original work—and in that, they were successful.

I keep dying because of the camera angle (which doesn’t get used for a reason) or I don’t realize an enemy is close enough to hit me. Occasionally the level design provides some entertainment in between bouts of pure frustration.

This game isn’t good; it’s just a different kind of platformer. And, at the end of the day, that’s what Crash Bandicoot always was — it just doesn’t hold up in 2017.