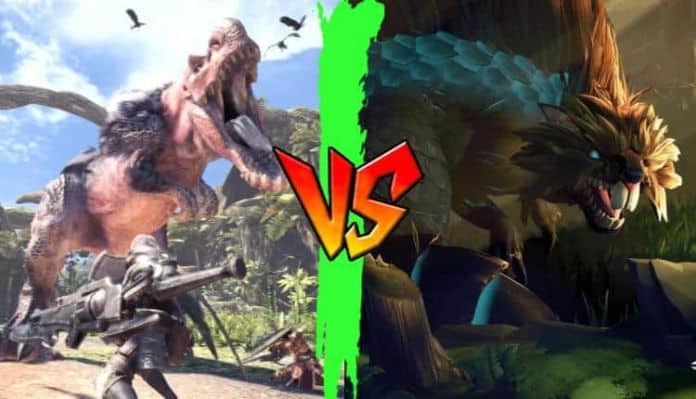 Before Capcom announced that Monster Hunter: World was coming to PC, Dauntless would have been the only game in that genre on PC. Now, we have both games coming on PC sometime next year. The situation is unfortunate enough as it is if you happen to be rooting for the Dauntless team. For Dauntless to succeed against a titan like Monster Hunter, it is going to take a lot of work, but it is definitely possible.

Monster Hunter: World will, of course, be wildly successful on the PC despite the similarities between it and Dauntless. The game has far too much history and following to not be a big success, especially since this is Monster Hunter’s first foray into PC. Dauntless, being an entirely new IP, has a far more uncertain future. Dauntless might drown under the tidal wave of Monster Hunter, leaving the game adrift in that unfortunate zone of inactivity.

But the keyword there is might. There are aspects of Dauntless that just might let it compete with Monster Hunter: World. One such aspect is the simple fact that Dauntless promises to be free-to-play once it launches. There are microtransactions, but they are of the lesser intrusive variety (at least, that’s the vibe we’re getting right now). For the budget game, or anyone who might be willing to shell out full price for a grind game like Monster Hunter, free-to-pay can automatically put one game over the other.

I definitely fit in the budget gamer category. Especially for PC games, I’m rather used to the most expensive thing on my list being $30 CAD. So, when I see the $80 CAD price tag of Monster Hunter: World in comparison, it’s easy to have bias for significantly cheaper games. However, I am also pretentious when it comes to my indie games: the game has to be as top quality as it can be, or I’m out. 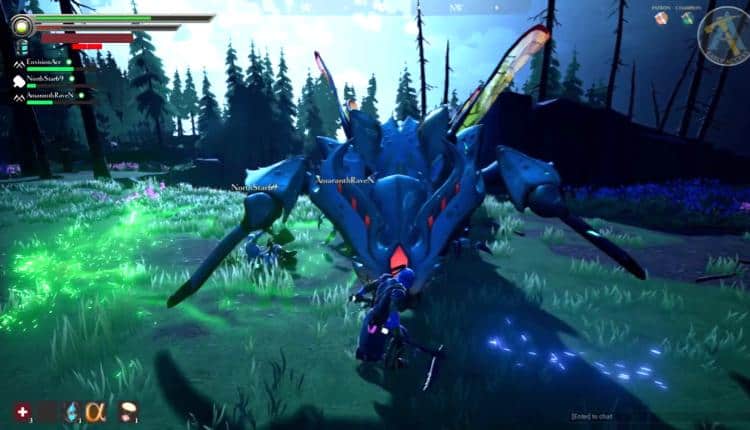 As such, though Dauntless’ lack of price tag may be very seductive, the quality has to come through as well. Luckily, Dauntless has just enough good quality to be on the road to great quality, and the animation looks incredible.

If you happen to have played Dauntless in the game’s current open beta, you may notice a few signature combat animations. The monster, after entering their second or third stage, will actually appear injured. The cuts grow numerous and the monster begins to limp and will often fumble their attacks. This is something that isn’t often thought of in a triple A game. Usually, monsters or bosses sway a bit before falling down, never signaling to the player what stage the monster’s health is at without the use of a health meter.

Needless to say, it feels good to have one’s action take effect, especially during combat. We’re all supposed to be mindless mercenaries out for the next coin a monster’s hide will bring, not hunters who realize they’re attacking something that feels pain. 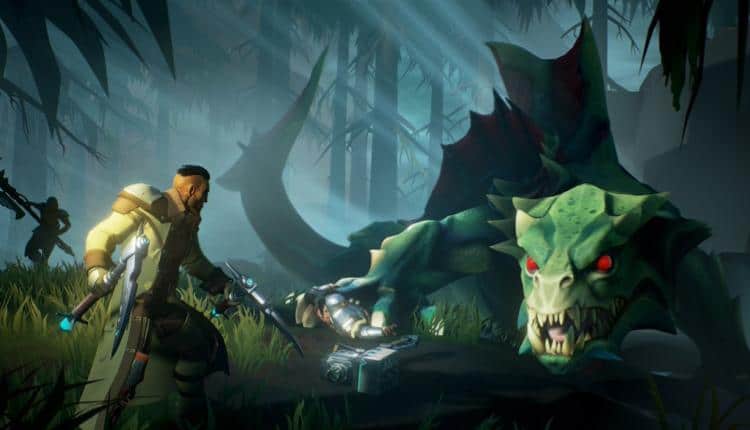 Another plus one for Dauntless is its indie status. This normally guarantees a deep dedication from the developers to constantly improve their game. The developers clearly understand how important it is to keep players coming back to a primarily online game. The Dauntless devs have a thorough update schedule, as can be seen by the most recent update. The latter was a particularly detailed one that addressed quite a few of the problems with gameplay (including a few walking glitches in the hub).

The Dauntless devs are listening to fans who are playing the betas and are constantly reexamining their own game’s problems. It is a far more healthy environment for such a hunter game than Capcom will ever manage with their games. Dauntless has a great basis of potential to build and explore gameplay elements that Capcom simply doesn’t have the capabilities to.

Capcom is relying completely on making the same game with slightly different monsters, weapons, and porting it to whatever consoles are the most popular. They know they will sell Monster Hunter without much effort because of all that aforementioned history and fan base; in contrast, Dauntless has to earn a fanbase from scratch by, hopefully, being better and competitive. The key here is for Dauntless to truly realize its own potential.

I’m not saying Dauntless will in anyway outpace Monster Hunter: World — Capcom is too big for an indie game to dare outshine a game of theirs. However, it is significantly cheaper and more readily available online play. Also, playing online multiplayer on PC does not require a subscription (unlike every other gaming platforms). I think that counts a lot for a budget gamer who might be looking for the same experience at a lower cost.

Otherwise, the gameplay potential of Dauntless is there. The animation and graphics look great and could easily be expanded to look absolutely amazing. Even the world of Dauntless has the potential to be better built than Monster Hunter: World, something that could feel very open and require less loading screens.

Most importantly, Dauntless has constant updates and builds exponentially on that potential with every tweak, something Capcom would never bother doing. Nevermind that Capcom would be more likely to update Monster Hunter: World to include microtransactions than any updates to gameplay or free content. As such, Dauntless is Monster Hunter Lite, the more cost-effective option and possesses far more potential towards growth. That is if Dauntless realizes its full potential.