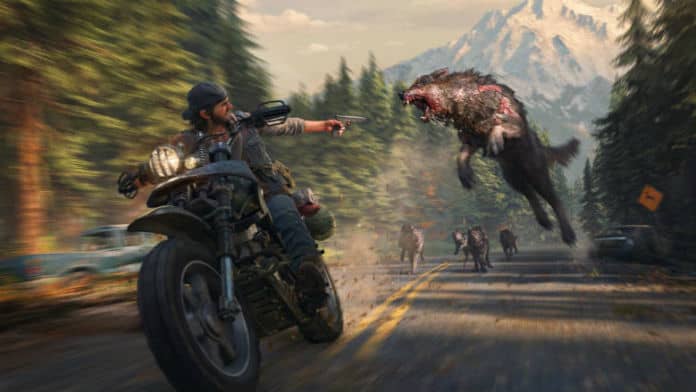 Even though Bend Studios’ Days Gone doesn’t release for a couple of more days, the team is already looking toward the future. The title’s Game Director, Jeff Ross, hit the PlayStation blog this morning to announce that Days Gone DLC is schedule to arrive in June. And it will be free of charge.

When you boot up the title, the game offers Easy, Normal and Hard difficulty options. But when the Days Gone DLC arrives, a new Survival option will be provided. The added option provides an increased difficult setting and eliminates Survival Vision and the ability to fast travel. The HUD also becomes more immersive by removing the map and indicator icons.

Ross also confirmed that completing the game in Survival mode will bring its share of rewards. You’ll earn new trophies for doing so, as well as bike skins to prove your worth.

Bend promises weekly Days Gone DLC updates “each week beginning in June”. These weekly content drops will include a new bike, horde, or combat challenge. The studio notes that “these challenges take key gameplay features of Days Gone, and twists them in unique ways to earn additional items and rewards.” More details are promised further down the line.

Reviews for Days Gone hit the web tomorrow morning, so we’ll know for sure then whether Sony has another impressive first-party outing to add to it’s already incredible list of exclusives. Ross promises “a 30+ hour golden path and many more hours of open world hordes, ambush camps, infestation zones, mysterious NERO checkpoints, and dynamic events in the post-apocalyptic Oregon setting.” So it sounds like there will be plenty to do until the Days Gone DLC releases in a couple of months.

Should you run out of things to do in the game over the next six weeks, we have just the place for you to find your next zombie fix. Whether it be zombie video games or zombie movies, we’ve got you covered.