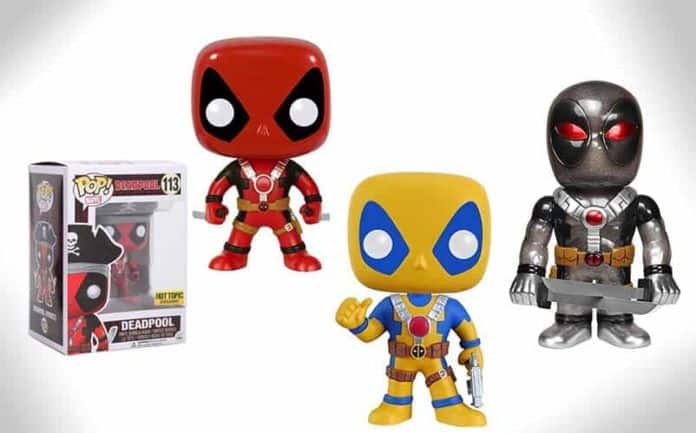 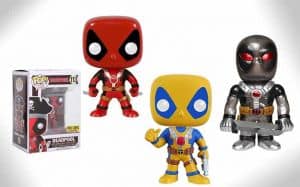 It was a big deal in 2011 when vinyl figurine and ceramic coffee mug powerhouse FunKo teamed up with Marvel Comics to produce a series of mugs, bobble heads, and other collectibles featuring Spiderman, Captain America, The Thing, Wolverine, and many other of the most well-known superheroes in the Marvel Comics universe.

What’s interesting though, is that Funko has also produced limited editions featuring some of the more obscure characters in Marvel comic books and films. One of the most enigmatic Marvel characters is Deadpool, the mercenary with the dubious backstory who’s constantly breaking the “fourth wall” and speaking to the readers (and the writers).

Deadpool won’t be as obscure for long, thanks to the eponymous feature film starring Ryan Reynolds. As such, now is the time to get your hands on one of the many great Deadpool Funko Pops. 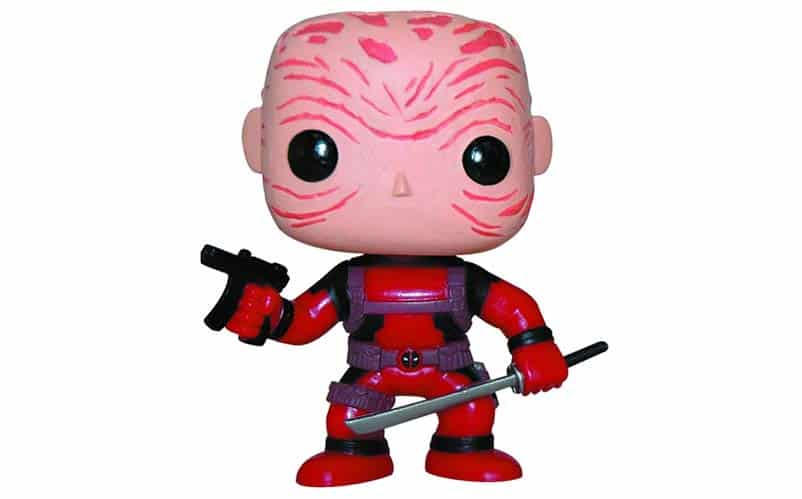 Although he’s almost always wearing a mask, Wade Wilson sometimes shows off the scarred face. Here we see the rough face and madness behind the mask. In one of Deadpool’s origin stories (Marvel fanatics will be quick to point out that there is a lot of debate as to who exactly Wade Wilson was/is), both of his parents died when Wilson was a teenager. Losing his parents, and then shortly after developing cancer, caused him to develop a delinquent streak and he was ejected from the Army. However, he wasn’t given the boot before he was part of a superhuman enhancement program intended to give him super regenerative healing powers. The cancer went into hyper-drive, which explains Deadpool’s scarring and neurological issues. He’s constantly mutating. 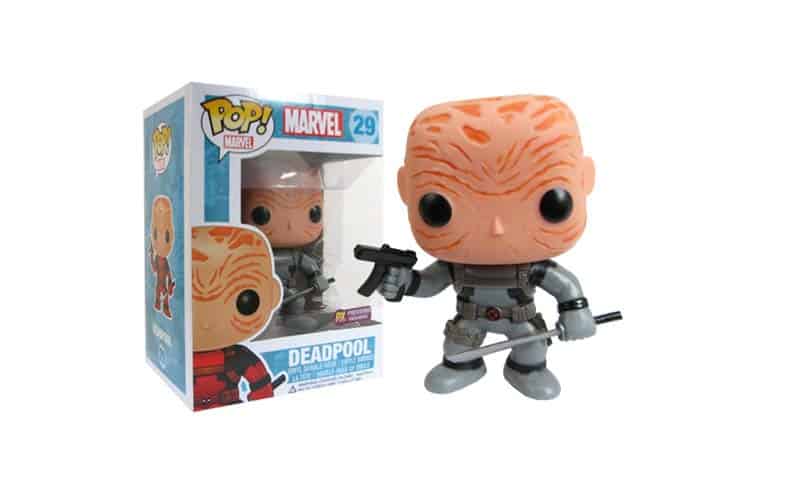 Here’s another Marvel Funko Pop vinyl bobblehead featuring Deadpool without his characteristic two-tone mask, and he’s also got his gun and his sword, only this time he’s sporting his grey X-Force suit. 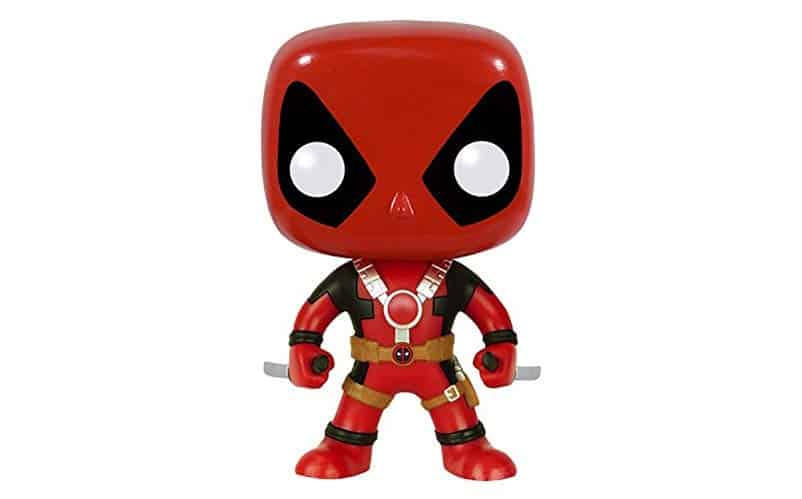 This Deadpool Funko Pop shows him posed with two katanas, one in each hand. These sharp blades are perfect not just for cutting up his foes in battle, but also for slicing and dicing up some carne asada or carnitas. 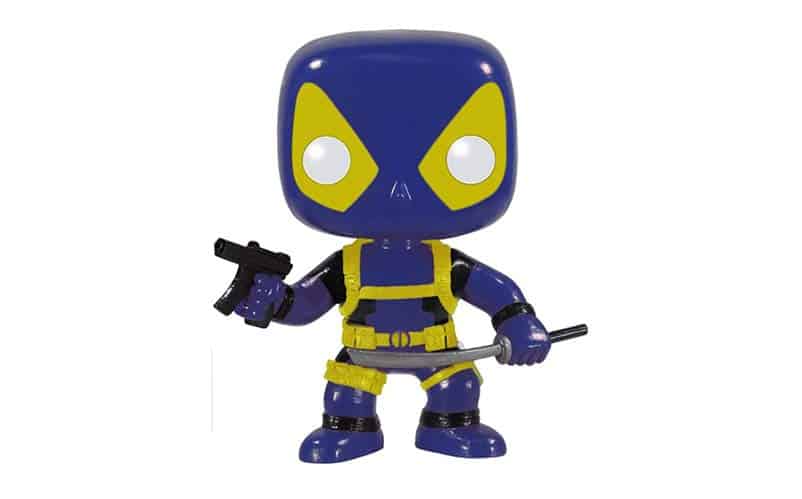 Movie-goers will remember that 2016 is not the first time that actor Ryan Reynolds played the role of Deadpool in the eponymous movie. Deadpool has been woven in and out of X-Men story lines for years, so having a Deadpool Funko Pop done up in the blue and gold two tone uniform normally associated with the X-Men only makes sense. 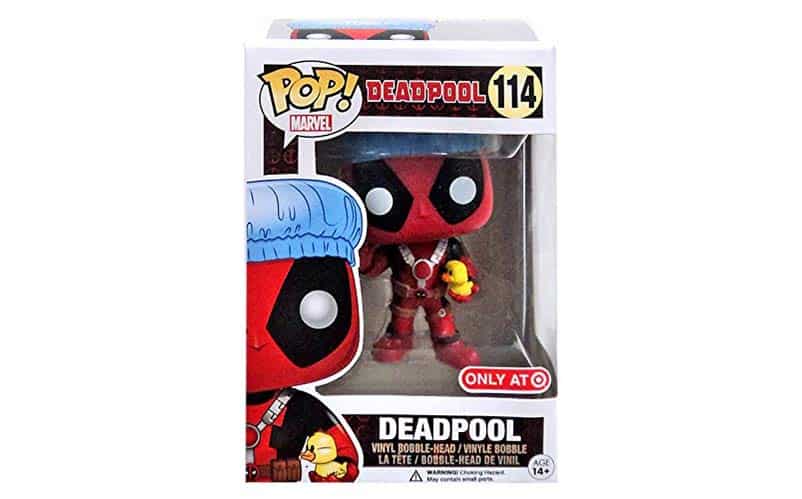 One of the reasons that comic fans love Deadpool so much is that the character is one of the funniest (THE funniest?) in the Marvel universe. He has a particularly bizarre sense of humor as well, so it doesn’t seem out of place at all to see a Deadpool Funko Pop where he’s carrying a rubber ducky in his left hand. 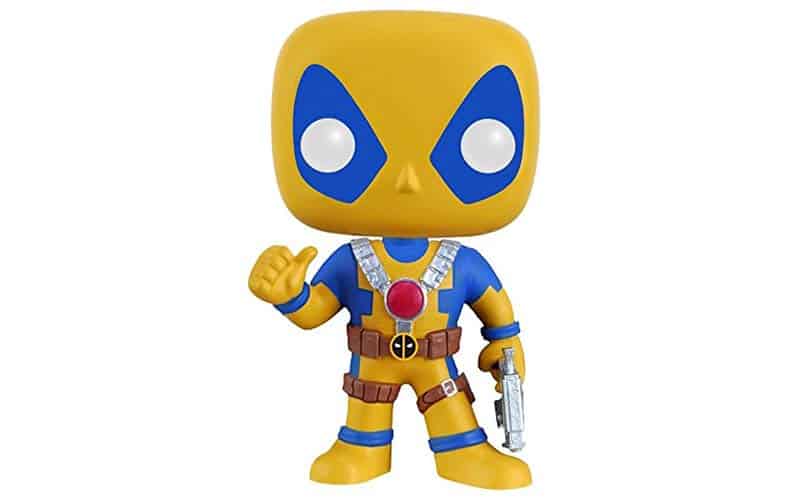 Here again we have Deadpool wearing the X-men colors, only this time it’s blue on gold instead of yellow on blue. This is a special, limited edition Marvel Pop vinyl figure that was made exclusively for Amazon. 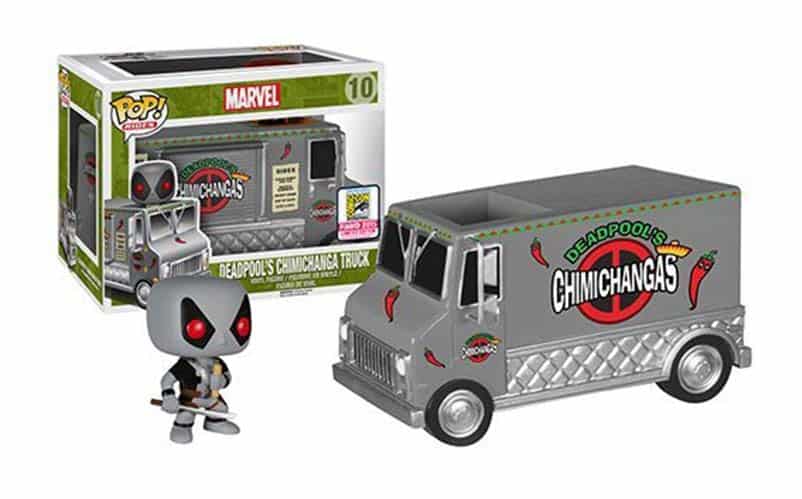 Those who are fans of the Deadpool franchise know that he loves his Mexican food. This Deadpool Funko Pop is badass because it actually comes with its own chimichangas truck. This is no ordinary food truck though; in typical Deadpool style, his chimichanga truck is an armored truck with reinforced side panels. This vinyl figure and truck combo was made exclusively by Marvel for San Diego Comic-Con, so you won’t find it in retail stores. 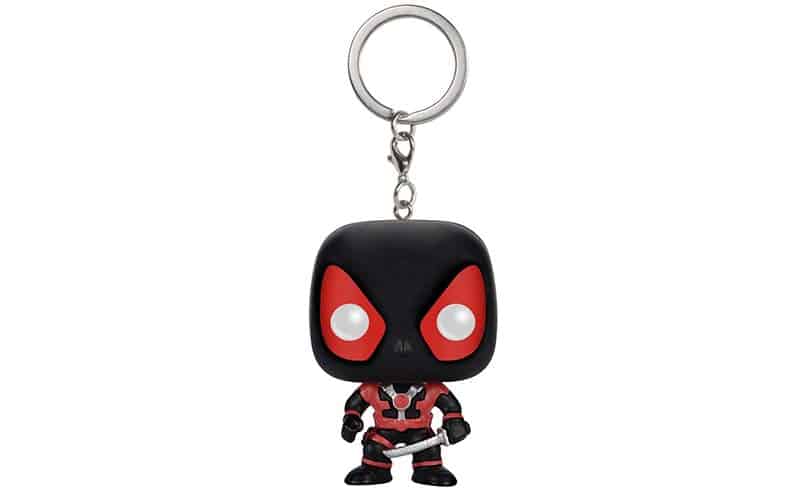 You can have Deadpool on your person at all times with this Black Suit Deadpool Keychain. It’s less than half the size of the standard Marvel POP! vinyl figures (this keychain stands at 1 1/2″ inches instead of the standard 3 3/4″ inches). It features a badass Deadpool in his black and red two-tone suit. 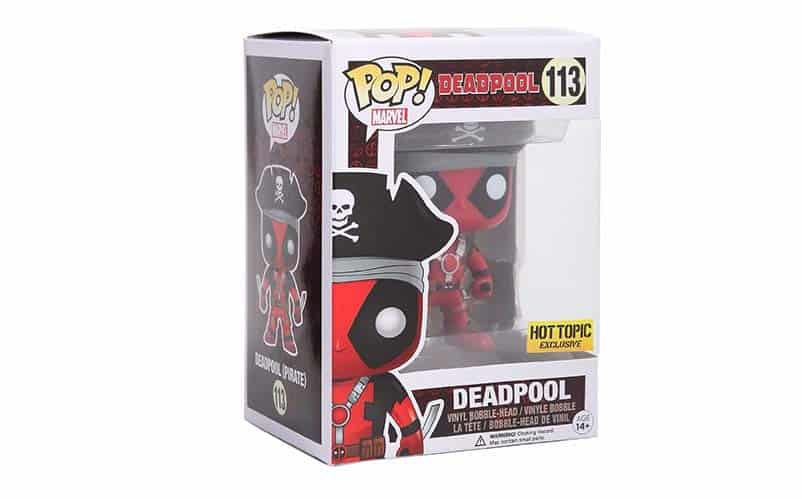 The term schizophrenic is an understatement when you’re talking about Deadpool, as the character’s mannerisms, fighting style, the way he talks, and everything else about him are constantly in flux. One of the most peculiar alternate personalities of Deadpool’s is his pirate persona. It’s a fan favorite too; a role playing/ scavenger hunt called “The Hunt For Pirate Deadpool” took off among die hard fans in 2015. This Funko Pop! features Deadpool in his normal red and black uniform with his sword, only he’s also wearing a pirate hat, for reasons that only make sense to him and his warped brain. This bobble head figurine was an exclusive release for Hot Topic, but now you can also find it online. 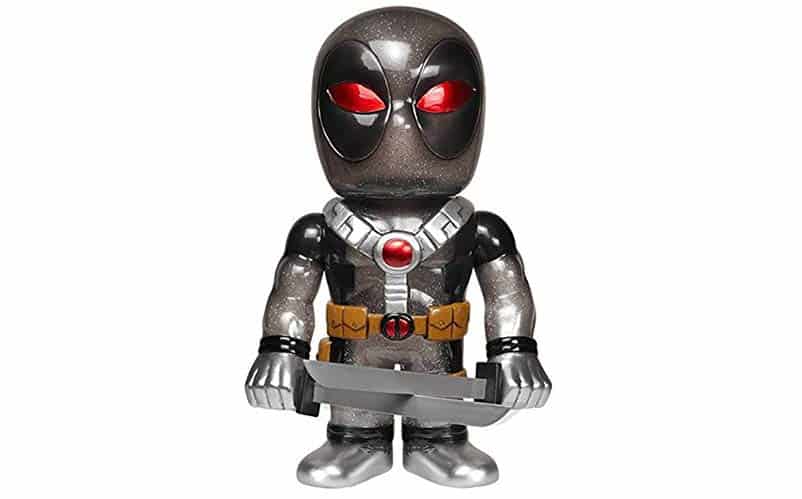 This figurine is one of the most interesting out of all the Deadpool Funko Pop! bobbleheads because it has distinctive Japanese features (hence the name). The eyes are very anime influenced, and the grey and black body suit has a glossy finish. This figurine was limited to a run of only 1000 units, which makes it an absolute must-have for anyone who considers themselves to be a hardcore Deadpool collector.