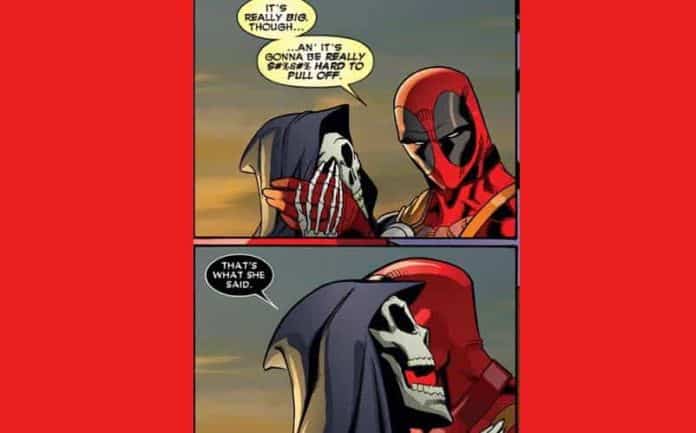 Deadpool has few scruples when it comes to who he works with and for. As a result, he has worked with everyone from supervillains, superheroes, and even Death herself. He has had many adventures where he has met a wide variety of characters. Although he may be nearly immortal, he is not all-powerful.

There are, in fact, times he needs someone for advice or even just to watch his back. He is a fanboy, too — after all, it is his dream to work with some of these people and he is certainly not afraid to let them know. But due to his obnoxious and abrasive personality, it takes a special kind of person to work with or even tolerate who he is. Through all of the comics, there exists a handful of people able to call themselves one of his partners.

Below is a list of my personal top 10 favorite Deadpool team-ups from the comics: 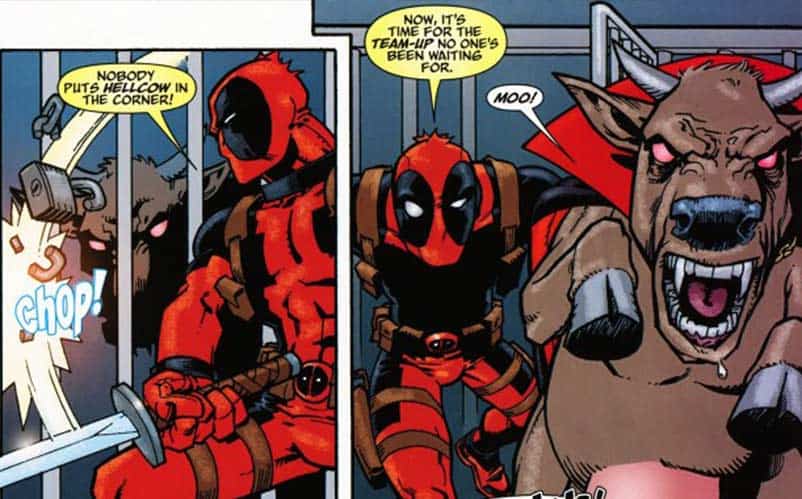 Yes, that is correct: Hellcow. In one issue, Deadpool actually teams up with a vampiric cow. Bessie used to be an ordinary cow on a Swiss farm until Count Dracula found her. She is presumed dead and buried, only to rise again as Hellcow.

Doctor Kilgore captures her and extracts her milk in an attempt to cure his tuberculosis and become immortal. When this fails to work, he captures Deadpool and attempts to give himself the merc’s healing abilities as well. The mixture does not work as planned and drives the doctor insane. In order to escape, Hellcow temporarily grants Deadpool vampiric powers and the two together eliminate Dr.Kilgore. 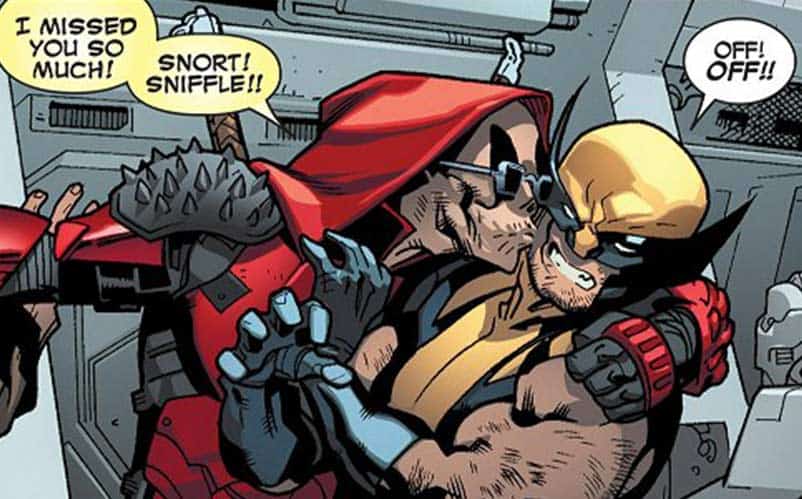 Who could forget Wolverine, the X-men member that Deadpool owes his powers to. Wolverine is oftentimes short-tempered and aggressive. This leads him to take out his anger on Deadpool from time to time. Deadpool greatly admires Wolverine and finds a type of kinship with Logan due to having a derivative of his power. He often fanboys about how cool Wolverine is and begs him to fly his jet, The Black Bird. At one point Deadpool does so against Wolverines will, and crashes it into the island of Genosha with everyone still on board. 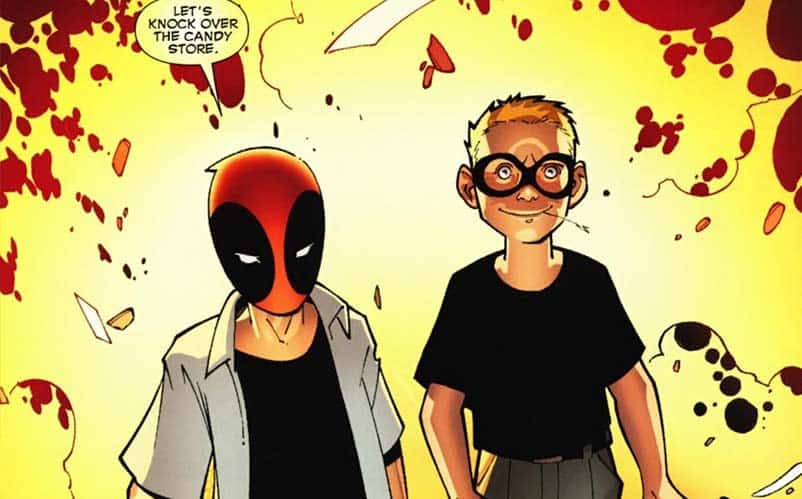 Bullseye and Deadpool go way back — we’re talking elementary school! They first bonded when Bullseye got in trouble at school and their teacher threatened to call Bullseye’s father. Deadpool stands up for him. Then, the two proceed to burn down the school and talk about plans to rob a candy store.

This friendship stays with them even into adulthood. During an epic fight, Deadpool and Bullseye realize how badly they don’t want it to end. When Deadpool has Bullseye at his most vulnerable, Deadpool lets him go and talks about what a good time he has fighting Bullseye. This is, of course, after Bullseye agrees to payoff Deadpool. 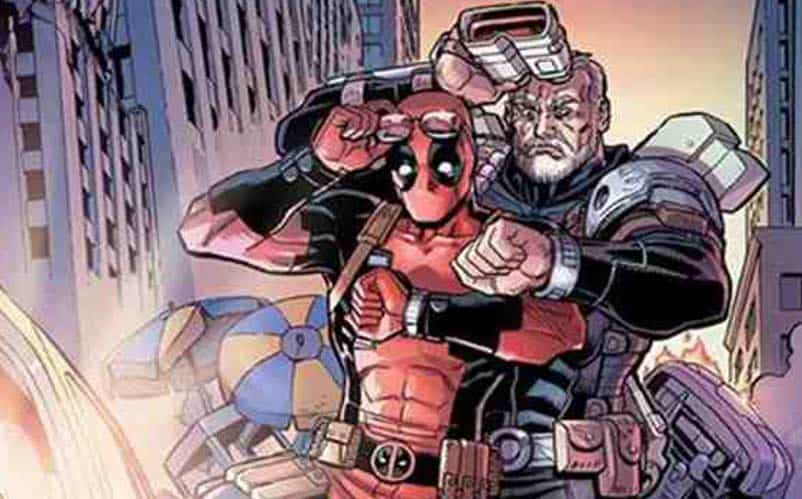 Deadpool’s partner in time, Cable, comes from the future. He’s a time traveler and has teamed up with Deadpool to save the future several times. My personal favorite appearance being his cameo in Deadpool’s game.

Cable is stoic and direct, making him Deadpool’s foil. Around Deadpool, he spends most of his time with his face buried in his robotic hand. Like everyone else, Deadpool annoys the hell out of him. Cable has good chemistry because he can keep Deadpool in-line. 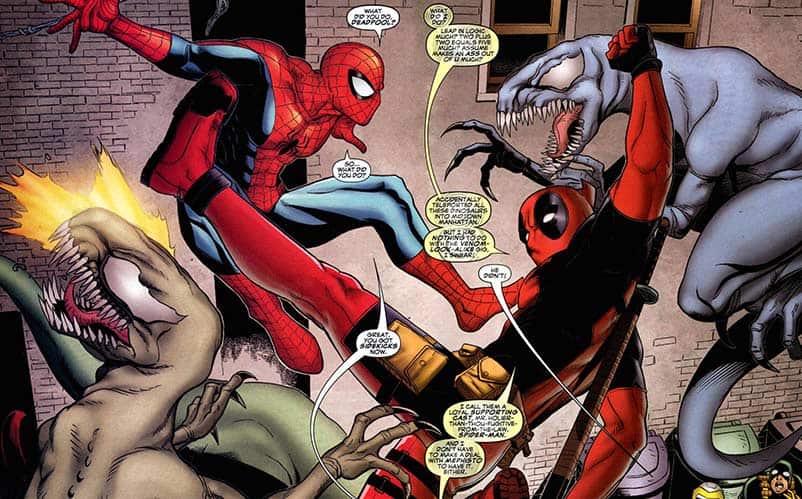 Deadpool and Spider-Man have very different viewpoints about helping people. This became very clear in an episode of Ultimate Spider-Man where Deadpool made an appearance. During his visit, he attempts to convince Spider-man to leave S.H.I.E.L.D. and become a freelancer for the money. He even went as far as to convince Spider-Man to help him kill Task Master.

Regardless of their moral differences, the duo has fun working with each other and feed the other one’s childish sides, and the most recent Spider-Man/Deadpool comic is one of the best Deadpool comics we’ve seen. 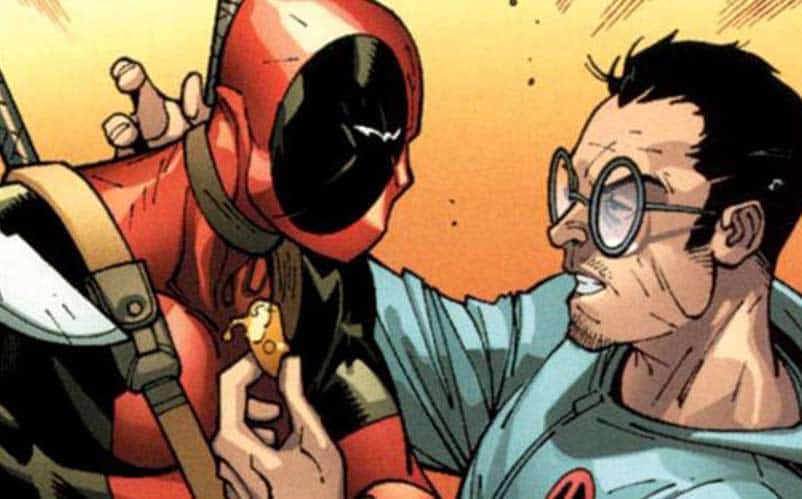 Weasel is Deadpool’s arms-dealing/hacker friend. As his name implies, he can be a bit shady. He is intelligent and calculating. This causes Deadpool to often confound him with his erratic behavior and convoluted logic. Despite being partners, they do have the tendency to cross each other. For example in Deadpool: What happens in Vegas, Deadpool ended up fighting alongside him, boosted his reputation, destroyed his reputation, rescued him, and captured him all in the same comic. 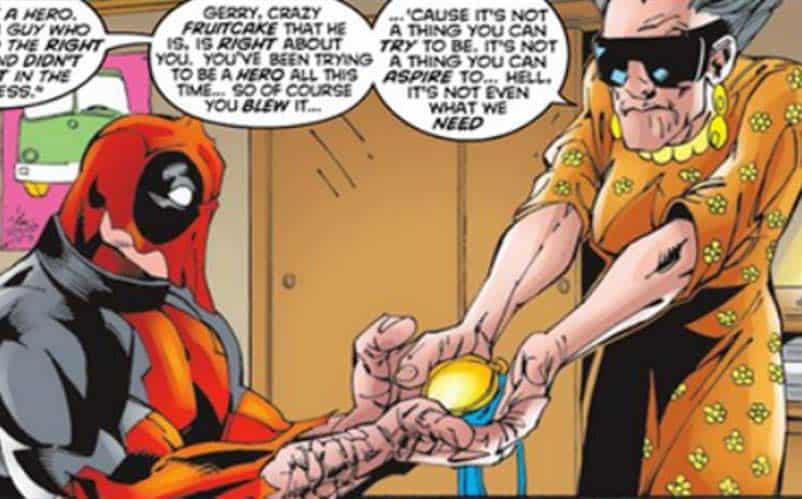 Blind Al is an older woman Wade Wilson met in his pre-mutate days. He was on a job and inexplicably killed everyone around her, but not her. After getting his powers, Deadpool tracked her down and captured her beginning a complex relationship with her, where she served as a friend, advisor, mentor, and servant. They had entertaining chemistry playing jokes on one another. 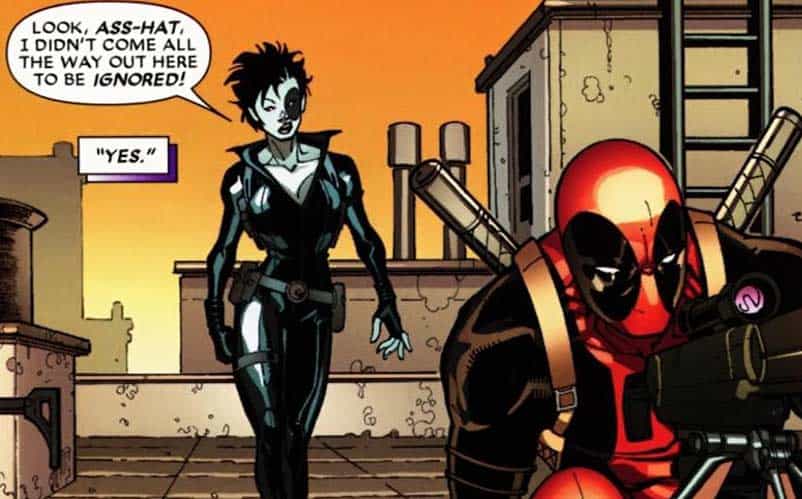 Domino is a sultry member of the X-Force and X-Men. She worked alongside Deadpool, and is one of the few people to actually return his advances, actually dating him for a time. She posses the ability to literally alter the odds. This makes them a formidable duo with their shared love of mercenary work and duel-wielding firearms. 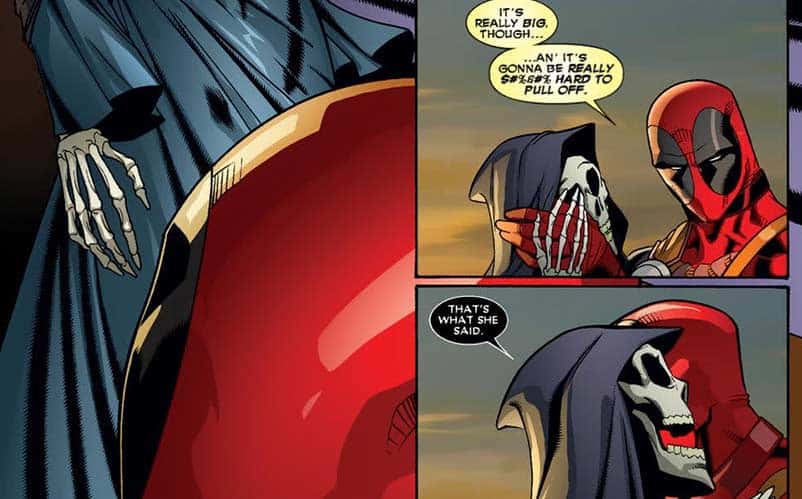 Deadpool is a pretty reckless person. What separates him from other heroes is that Deadpool literally flirts with the personification of Death on a daily basis. At times when Deadpool is severely wounded, she will appear and flirt with him and offer him advice. Deadpool does not fear her, and is quite fond of her, often giving her pet names like “Sugar Skull.” They both long to be together, but never really get to spend more than a few minutes with one another. The tragic part of their relationship is that Deadpool is immortal and can never truly experience Death, but can only get a few glimpses. During one notable encounter, Death Appears in the Deadpool game and guides him through some ruins ending in a long boat ride where she sings the song “Crazy” (by Patsy Cline) to him. 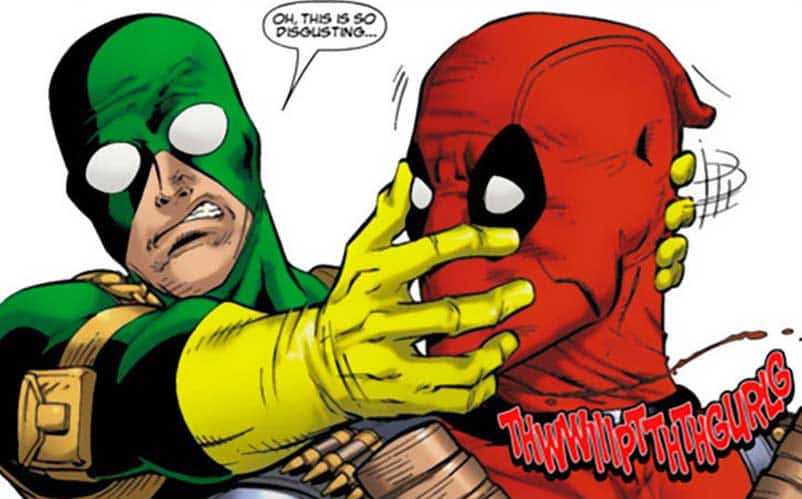 An ordinary member of Hydra taken under Deadpool’s wing and definitely not taken against his will, Bob follows Deadpool on all his adventures acting more as his sidekick or squire than a partner. Bob has cowardly tendencies and relies on Deadpool to kick him into shape. A notable example being when Deadpool forced him to pilot an aircraft he had no knowledge of how to fly.

Deadpool often insults Bob telling him he “throws like a girl.” Despite his lack of strength, coordination, or even bravery, he still manages to be one of Deadpool’s most consistent partners, and Deadpool always finds a way to use Bob’s bumbling to his advantage.