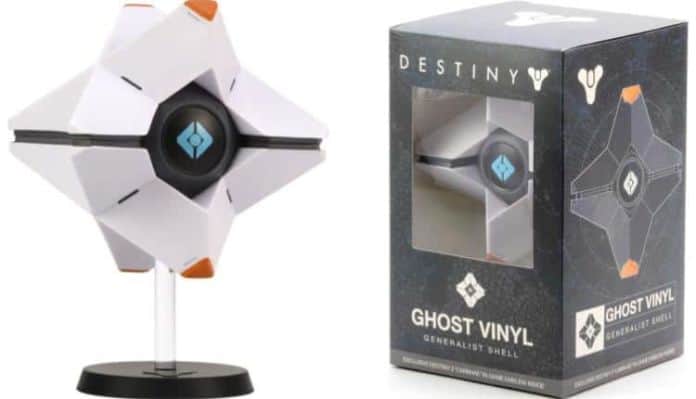 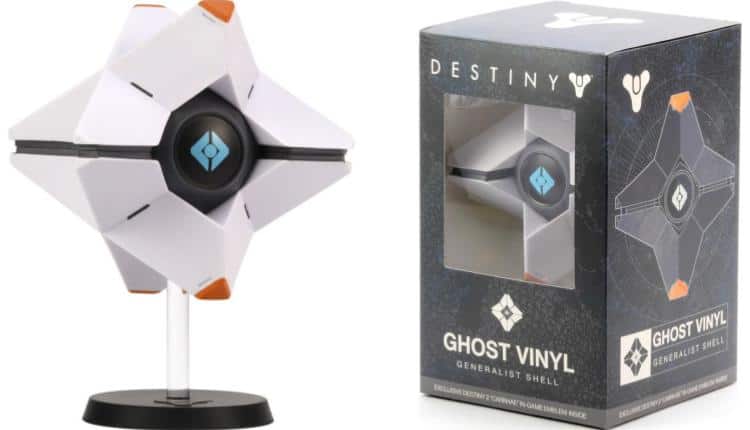 Standing about 18 cm tall, this figure is a detailed depiction of a Ghost. It stands on a clear pillar and black base for optimal stability. On the black base is an embossed version of the Destiny game logo. This Ghost may not come with the voice of the great Peter Dinklage, but it can at least keep watch while you play your next mission.

Ghosts have been the witty and sarcastic companions of Destiny players ever since their first revival. They have been with you through every glitched out death, soccer match, and that last epic showdown between you and the Vex.

Though Destiny has always been a strong multiplayer game, it is just as much fun to play on your own. Ghost is always there to help you to keep you on track throughout the main missions any other content you decide to go after.

The first game is all about fighting off the Darkness and defending Earth from the impending doom it implies. As a Guardian, you travel across planets to both find better gear and take down the Hive.

Despite the mixed reception both Destiny and Destiny 2 have received, sales have been high. Hardcore fans have been loud about their praise, saying that Destiny 2 brings so much more to the table than the previous game – it’s just more of what they love.

That said, all Destiny fans need a Destiny Ghost Vinyl Generalist Shell Figure to guide them in the right direction and keep the wit and wisdom coming.