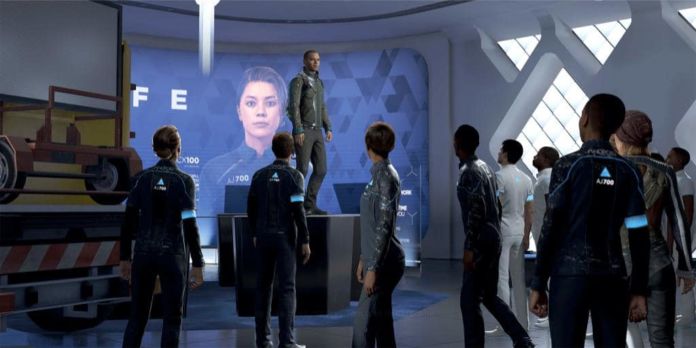 Though the trailer shown at E3 this year did not contain a release date, in an interview with GameSpot, Detroit: Become Human‘s designer David Cage stated that the game will “come out next year.” Thus far, the game is a PS4 exclusive, though that might change with the latest trend in timed exclusives. 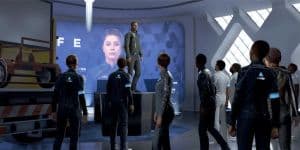 Though Detroit: Become Human was a part of the 2017 release date sizzle reel of games Sony displayed at E3, it was later confirmed that the appearance was a mistake. Nonetheless, it’s good to hear a goal year for the game that has been in development for so long. But that doesn’t mean Detroit has nothing to show for it. Each trailer we’ve seen so far is precisely the kind of high quality graphics and story we’ve come to expect from developer studio Quantic Dream.

If you don’t recall, Quantic Dream is the same studio behind Heavy Rain and Beyond: Two Souls. Both vastly different genres and styles, but similar gameplay. Both are known for revolutionizing quick time events, allowing the player to feel a part of the action without conducting much in the way of skillful combat. Though that isn’t to say the combat isn’t a strong exercise in timing.

Which makes it all the more interesting when Cage points out just how often you see quick time events in actions games, even appearing in games like Call of Duty. However brief it may be, Call of Duty is supposed to be far more about the combat and skill than such “easy” gameplay mechanics. Cage calls it a trend, and that the gaming industry “makes a step in our direction,” referring to how Quantic Dream started it all.

But then he makes the specific point that there were no quick time events in the trailer, and further implied that there will be none in the game when he says “maybe we make a step in the direction of the industry.” It seems to me that we’ve got another game mechanic revolution on our hands, or at least something very different from the studio. I don’t think we’ll be seeing an FPS in Detroit, but we should also keep in mind how cinematic Quantic Dream’s games are.

How can they keep such cinematic elements without quick time events? It seems we’ll have to wait until 2018 to find out, but in the meantime, let us know your thoughts in the comments below!