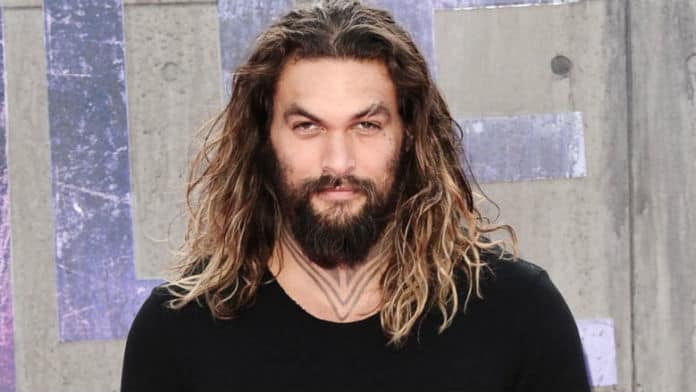 At this point, if you aren’t a part of Denis Villeneuve’s upcoming Dune cast, you need to get your agent on the phone. We’ve been reporting for months on how the film’s roster continues to impressively expand. And yet another high profile name has joined its ranks in Aquaman himself, Jason Momoa.

Momoa is coming off of tremendous success with DC and Warner Bros. solo Aquaman film. It earned $1.1 billion during its theatrical run, making it the highest grossing DCEU film to date after besting Batman v. Superman: Dawn of Justice. His claim to fame though was likely for his fan favorite portrayal of the Dothraki warrior Khal Drogo in HBO’s Game of Thrones.

As the latest part of the Dune cast, Momoa will play Duncan Idaho. The character is described as fiercely loyal to House Atreides. He’s a skilled pilot and is considered gifted in hand-to-hand combat.

The rest of team Atreides consists of the film’s lead, Paul, set to be portrayed by Timothée Chalamet. Rebecca Ferguson takes on the important role of his mother, Jessica Atreides. Charlotte Rampling was cast as Reverend Mother Mohiam and Javier Bardem is signed on for the role of Stilgar. Both Oscar Isaac and Zendaya are rumored to be in talks to join as Duke Leto Atreides and Chani.

As for the bad guys, only a couple of them have been announced. Dave Bautista joined the Dune cast as Beast back in January. And then Stellen Skarsgard was cast a bit later as his uncle, Baron Vladimir Harkonnen.

It’s no longer shocking to hear about all of these big names being added to Villeneuve’s Dune cast. Now we just ask ourselves “who’s next?” Formal announcements should be coming soon, as the project is expected to begin shooting in either Budapest or Jordan sometime this spring.

Previous articleTetris 99 Proves Tetris Will Never Die
Next articleThe Office Funko Pop Figures Have Clocked In
Jeff Scott
Growing up a 90's kid, Jeff found his love for gaming during Nintendo's heyday. Because of that, you could (perhaps sadly) call him a "Nintendo Fanboy" to this day.