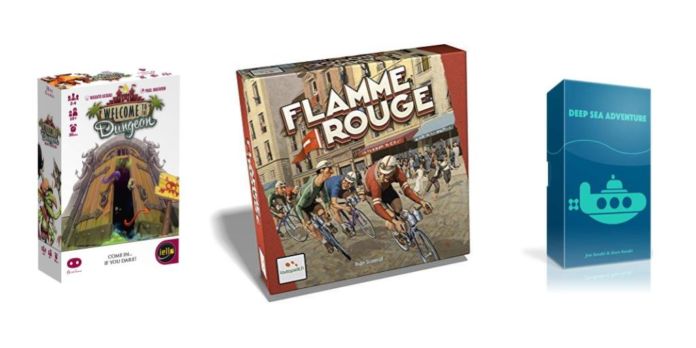 For most of us, learning a new board game is the least exciting part of game night. Rulebooks can be overwhelming, and just because you’ve read the rules cover to cover doesn’t mean you fully grasp the game.

That’s why board games that are easy-to-learn can be a breath of fresh air. And while the cardinal sin of game night will always be opening a game for the first time and reading the rules aloud to your glassy-eyed friends, there are several games that can be learned in ten minutes or fewer.

Games with simple rules don’t have to be party games or game with simple strategy. Take Concordia, a fairly meaty eurogame about trade in the Roman Empire that has just a few rules. Or there’s Flamme Rouge, which is a bike racing game in which your turn is as simple as choosing a numbered card to play from your hand—but the gameplay is dynamic and thinky.

If you are looking for a simple game that you can bring out at the end of the evening, there are several light titles to choose from. Kingdomino is a simple strategy game that has players using domino-like tiles to build their own colorful kingdoms. Welcome to the Dungeon is a push-your-luck game of finding out which of your friends has the guts to explore a deadly dungeon with barely any gear or weapons.

Rulebooks don’t have to be lengthy, even when they are for fairly heavy games. We’ve compiled a list of our favorite board games that you can learn in under 10 minutes to get your game night off to a quick start. Here’s the list: 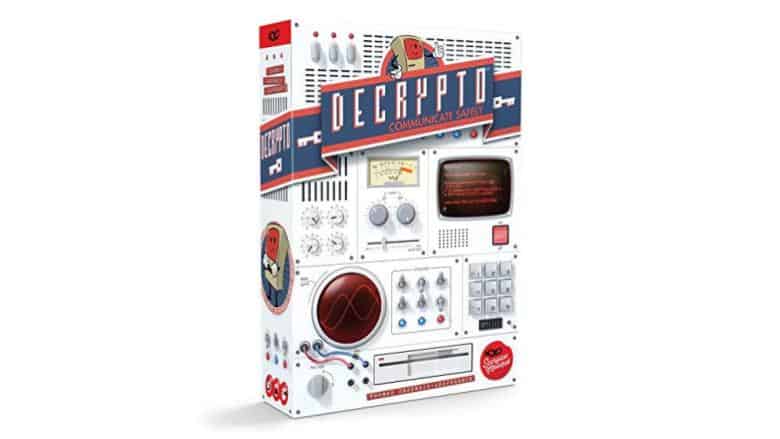 If you’ve ever wanted to feel like a professional code-breaker, this is the perfect game for you.

At a glance, Decrypto, designed by Thomas Dagenais-Lespérance, appears to share a lot with the hit word game Codenames. There are two teams of players, with one player from each team giving clues to guide their teammates in picking the right words. However, the similarities end there.

Players are divided into two teams, each of which has a screen with their four secret words. Simultaneously, one player from each team draws a code card with a series of three numbers from 1 to 4 that indicates the exact order in which their team must choose their secret words. Then, they give three clues to guide their team to guess the right words in the right order.

Here’s the twist: the opposing team is taking notes on the other team’s clues, and they get a chance to crack the code first. Early in the game, they will have little idea of what the other team’s secret words are. But over time, patterns will emerge in the clues and one team might successfully crack the code.

This head-to-head game of codebreaking is fun whether it’s played for keeps or for laughs, and it’s great with a big crowd. 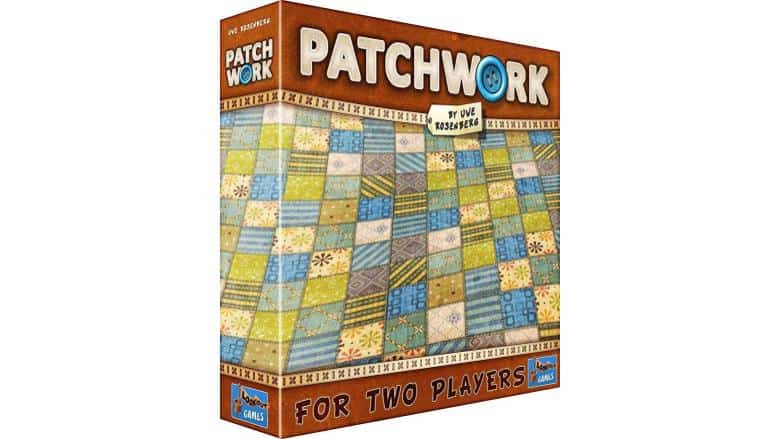 Arguably the game that started the current trend of Tetris-like titles, Uwe Rosenberg’s Patchwork is the perfect example of “easy to learn, hard to master.”

Each player works to create their own quilt by purchasing differently shaped tiles using buttons, the game’s currency. The tiles are placed randomly in a circle on the table, and a pawn is placed at one point on the ring. On your turn, you may purchase any of the three tiles clockwise from the pawn. This leads to simple yet agonizing decisions as you must consider not only how a tile fits in your quilt but also what tiles your opponent will be able to acquire on their turn.

Because there is no randomness aside from the initial setup, this can be a battle of wits—or if you prefer, you can play more casually as you admire your growing quilt. This is a two-player game with plenty of depth that is easy to play over and over. 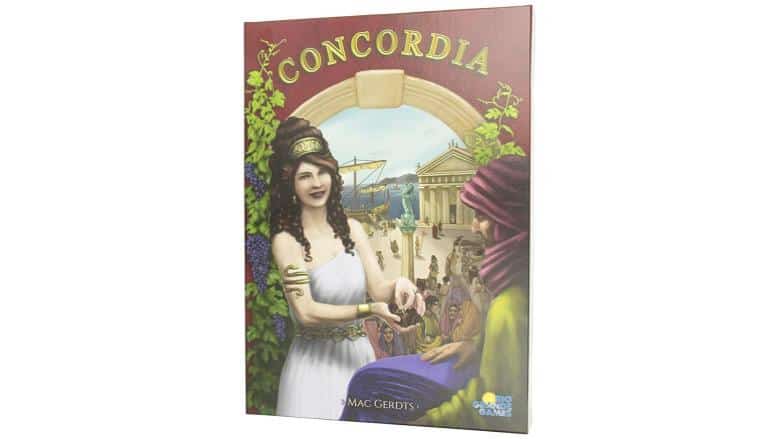 Designed by Mac Gerdts, Concordia puts players in the roles of leaders of Roman dynasties as they vie for various trade routes and commodities in ancient Rome.

A glance at the board may give you an impression that you’re in for a half-hour rules explanation, but I can teach you most of the rules right now:

Players earn points in a variety of ways, including constructing buildings in different cities, earning money, and obtaining colonists. You are given a hand of starting cards, and you can purchase more cards throughout the game. Each card does two things: it allows you to perform an action, and it scores you points at the end of the game for a certain category. By purchasing more cards with specific scoring conditions, you can control the way you play and earn points. On your turn, play a card and do what it says. Once you have played a card, you cannot play it again until you choose to pick up all of your cards. That’s it!

The result, however, is a cunning game that is full of difficult choices and a variety of strategies. There are many ways to play this quintessential eurogame of trading and settling in ancient Rome. 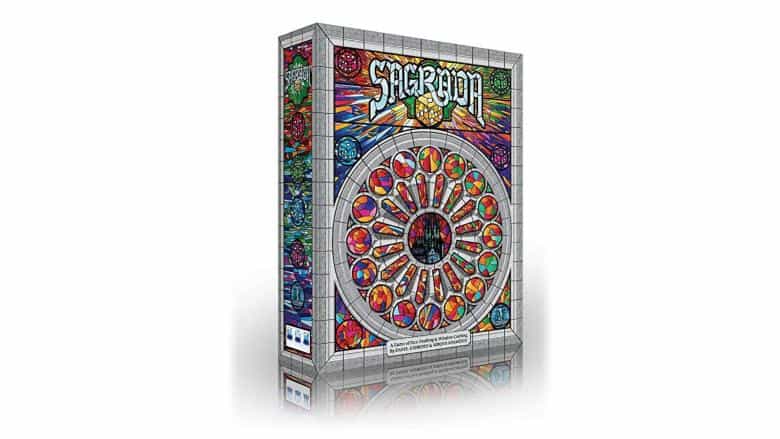 This co-design from Daryl Andrews and Adrian Adamescu is a colorful game about creating masterpieces of stained glass.

Each player has a board showing a stained glass window that they must fill with dice of different colors. Players take turns drafting dice with the first player in each round getting the first and last pick. Because dice of the same color can never be placed next to each other, adding dice to your window becomes increasingly challenging as the game approaches the end.

This is the type of game that is far more punishing than it appears. Though you’ll learn it in minutes, you may be surprised by the mistakes you make—but that just leaves you ready for round two. 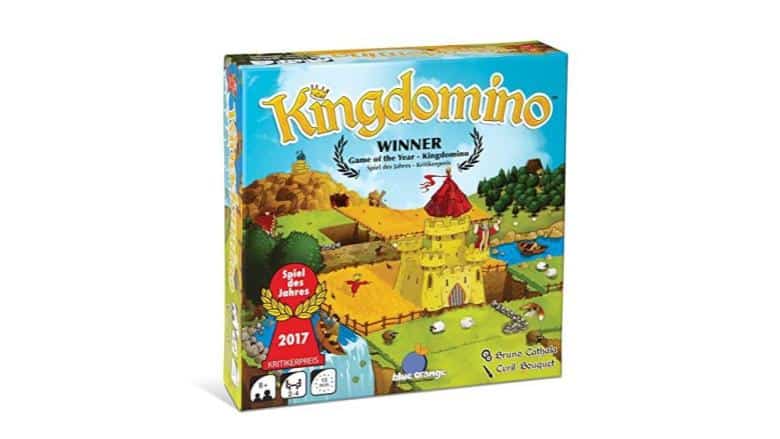 Designed by the prolific Bruno Cathala, this simple little kingdom-building game uses colorful tiles with different terrain types that players will assemble into 5×5 grids to form their kingdoms.

On your turn, you simply select an available tile and place it in your kingdom so that one of its two sides touches a matching terrain type in your kingdom. At the end of the game, you score points for your crown tiles and for your areas of squares of the same terrain type.

This is very much a solitaire-style game, though there is some player interaction when selecting tiles and denying other players tiles that could earn them several points. If you like your board games on the mellower side and enjoy admiring your work at the end of a game, Kingdomino might be a great fit for your collection. 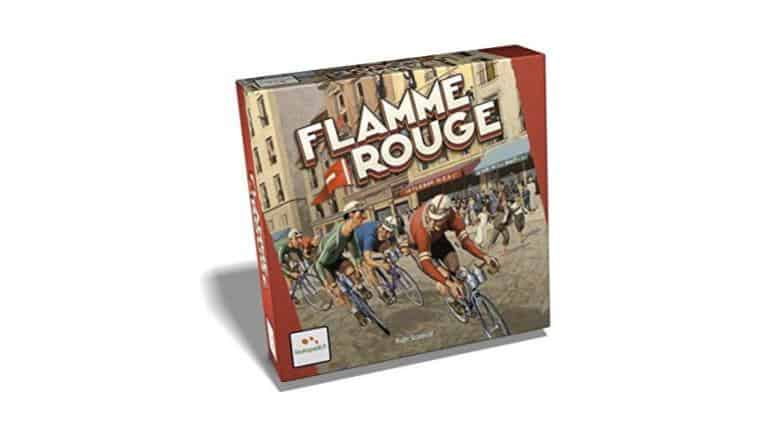 This game of 1930s bike racing takes everything about deck-building games like Dominion and turns the genre on its head.

Designed by Asger Harding Granerud, Flamme Rouge can be learned in just a few minutes. Players controls a pair of cyclists: a sprinteur and a rouleur. This is your team, and getting either one to cross the finish line first will win you the game. Each cyclist has a deck of cards that range in values. Cards indicate the number of spaces your cyclist will move. On your turn, you draw a hand of four cards for each cyclist and choose one to play for each. Everyone does this simultaneously—all players reveal their cards and move their cyclists accordingly. Then, the played cards are discarded. Any cyclists who do not have another cyclist directly in front of them receive an exhaustion card, which has a value of only two movement. Since all cards you play are discarded, your decks only become worse and worse as your cyclists become exhausted.

The result is a quick-playing game that feels like a race the entire time. There is little downtime, and the finish is often surprising. If you have a big gaming group, consider picking up the Peloton expansion, which increases the player count to 12. 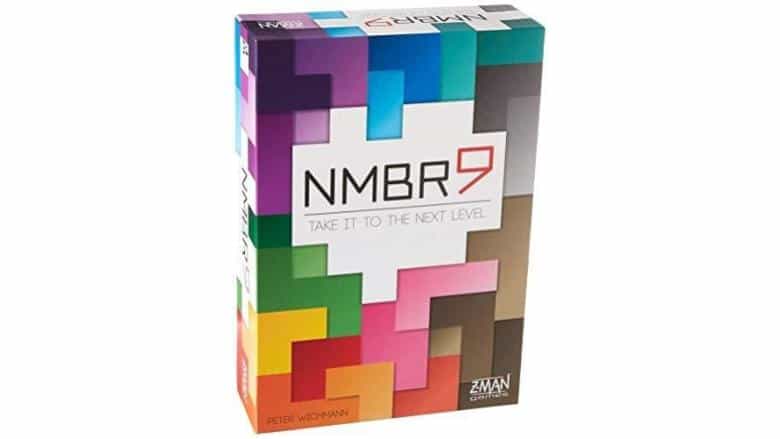 Though the rules of Peter Wichmann’s NMBR9 are simple, the decisions are not.

This abstract puzzle game has each player placing blocky tiles displaying different numbers to create arrangements with several levels. Each tile you place must be adjacent to at least one tile on the same level, and tiles on upper levels cannot overhang. The lowest level of tiles scores zero points, but tiles on upper levels earn their value in points multiplied by the level. So a 1-tile on the third level would earn 3 points, while an 8-tile on the same level would earn an impressive 24 points.

Those familiar with the roll-and-write genre will enjoy that NMBR9 almost fits the definition of a classic roll-and-write: all players are solving the same puzzle simultaneously as cards are flipped from a deck that indicates which tile everyone must place next. With little downtime but plenty of agonizing decisions, this is a great little puzzle game. 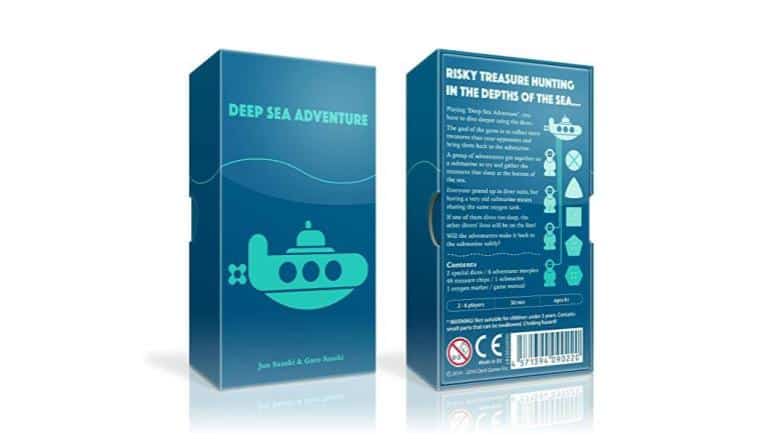 This is a quick game that comes in a tiny box with great little components and a single sheet of rules. Designed by Jun Sasaki and Goro Sasaki, Deep Sea Adventure puts players in the roles of cheap, greedy treasure hunters who have rented a submarine together and are sharing a single oxygen tank as they dive for treasure. Things can get quite nasty as players dive deeper to deplete the shared pool of oxygen.

Technically, this is a roll-and-move game—your turn is primarily rolling dice to see how far you can go. But it may be the best roll and move ever made. On your turn, you must decide whether you will continue to dive deeper to where the best treasures lie, or turn back with your haul and try to make it to the submarine without drowning. The more treasures you are carrying, the slower you will move. And because everyone is depleting oxygen together and moving slower and slower as the round goes on, there’s a good chance some people won’t make it back.

Fortunately, the game plays in three rounds. So even if you “drown” (the rules say that you are yanked back to the surface and resuscitated, but come on) you can give it another go.

The nastiness is mostly indirect, and it’s usually one or two players ruining the round for everyone, making for a hilarious and punishing little game that you can easily carry in your bag.

Welcome to the Dungeon 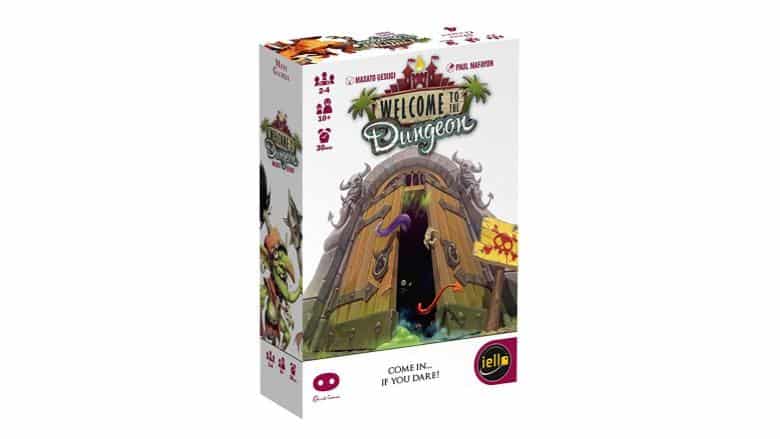 This push-your-luck game designed by Masato Uesugi, challenges players to enter the dungeon with as little equipment as possible.

On your turn, you must either remove a piece of equipment (which may be a weapon, piece of armor, or another useful item) or add a monster card to the deck that represents the dungeon. If you don’t have the guts to do either, you can pass and bow out of the round.

When there is only one player left, they must brave the dungeon with what little equipment they have remaining. Maybe they have an idea of what dangers lurk inside because they added most of the monsters to the deck—or maybe they’re going in blind. Either way, the results are usually hilarious.

The length and perfect theme for this small-box game make it a great opener for game night.

Previous articleJustice League High Back Chair
Next articleAvengers Watch by Citizen
Peter McPherson
Peter is a writer, reader, and board gamer from Upstate New York. Board game design consumes most of his time and brain, and he enjoys making his friends and family test his latest prototypes. He and his girlfriend run a book review blog at litlens.org, and he can be found on Twitter @PeterLMcPherson.