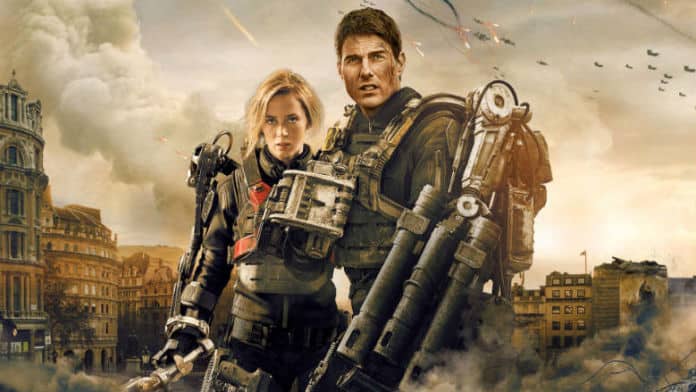 2014’s Edge of Tomorrow is criminally underrated. The Emily Blunt and Tom Cruise led (yes, in that order) sci-fi action flick was amazing, and a sequel has been talked about for years now. Warner Bros. has insisted they want another installment, but nothing ever materialized. Today though finally brings word that an Edge of Tomorrow sequel has been officially greenlit.

Breaking news suggests that Matthew Robinson, writer and director of The Invention of Lying, submitted a pitch to the studio that got the execs excited. Warner Bros. hired Robinson to write the script, with the intention also for Doug Liman to return to direct. Blunt and Cruise would once again star.

The news of Warner Bros. picking up Robinson’s pitch is much-needed progress for the Edge of Tomorrow sequel. Joe Shrapnel and Anna Waterhouse were hired in April 2016 to pen the follow-up. Whatever their take was, Warner Bros. apparently wasn’t interested. Though Liman hyped the idea by stating it would “revolutionize how people make sequels” and that it would be “much better than the original film”. Liman also went on to describe the project as “a sequel that’s a prequel”.

It’s unclear whether any of Shrapnel, Waterhouse and Liman’s initial visions made it into Robinson’s pitch. Regardless, Warner Bros. is interested and it looks like we’re finally in line for the Edge of Tomorrow sequel that sci-fi fans have been hoping for.

A sequel was never a guarantee from the studio. Though Edge of Tomorrow holds a Rotten Tomatoes average of 90%, it didn’t blow anyone away with its box office numbers. With a soft week one opening it pulled in $20.1 million across 5,018 screens. Week two brought it to a total of 19,000 screens and earned the film $82 million worldwide. In total, Edge of Tomorrow grossed roughly $370.5 million.

Warner Bros.’ Edge of Tomorrow sequel will likely go quiet once again as Matthew Robinson churns out his script. But just knowing that the studio is vested in making part two become a reality, we can all go into the weekend happy.