**The Evil Within 2 review copy was provided by Bethesda’s PR.**

Horror has seen a strong resurgence this year with titles such as Resident Evil VII and Outlast 2 leading the charge. Now looking to close off the scariest month of the year, The Evil Within 2 aims to keep this genre’s momentum. Despite a few flaws, developer Tango Gameworks have produced a stellar entry in this steadily growing series.

Acting as a direct sequel to 2014’s The Evil Within our story once more follows ex-cop Sebastian who is haunted by the loss of his daughter. Still reeling from his experience at Beacon Hill Mental Hospital, Sebastian has become a shell of his formal self. However, everything is turned upside down when his former partner Juli reveals that his daughter is still alive, but there’s a catch. Without spoiling too much, Sebastian must once again enter the dream world via STEM to save his child.

The Evil Within 2 feels far more confident this time around when it comes to telling a story. While the original floundered around in an attempt to explain the game’s lore, the sequel leaves some aspects best unexplained. Instead, Tango Gameworks has focused in on telling a more confined tale that seeks to really establish both Sebastian’s relationships and the things that haunt him.

You’ll unfold this story over roughly 15-20 hours, most of which is set in the all Amercian town of Union. Despite this setting being nothing new for the genre, The Evil Within 2’s dreamscape design helps twist and warp familiar locations. This not only produces a great sense of unease but also serves to help create interesting environments for player’s to explore. My personal favorite is a theater run by a serial killer with an eye for twisted photography. It’s all rather on the nose, yet can’t help but create a lasting and memorable experience. 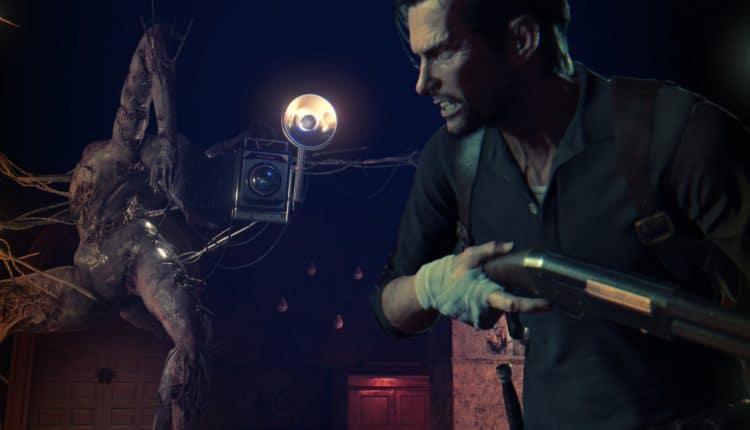 However, getting around the town of Union is far easier said than done, especially early on. The game’s enemies are exceptionally brutal and can easily kill Sebastian if he’s spotted by a group of them. This requires users to adopt a stealth-based approach since you can deliver a one-hit kill move on basic foes. Ammo is incredibly scarce, so it’s necessary to get up close and personal with the zombie-like enemies known as The Lost. There are other types of foes you’ll come across, but these are the main ones that wander the streets.

If you do want to go in guns blazing then it’s critical that you go out and scavenge for supplies. The Evil Within 2 sports a basic crafting system that lets you make a whole host of useful consumables and weapon upgrades. Given how finite bullets are, I found myself on more than one occasion scouring through back alleys to find the necessary ingredients. This gives The Evil Within 2 a nice sense of exploration that breaks up some of the more linear moments. There are also minor side quests you can finish from some of the trapped Mobius soldiers than entered STEM before Sebastian. While these are often nothing special, it does serve as a decent distraction from the main story.

Gunplay is solid with the weapons spanning the usual horror gambit of pistols, shotguns, and rifles. There’s also a crossbow that has different types of bolts, many of which can help turn around a difficult encounter. It’s a bit disappointing that The Evil Within 2 didn’t offer anything especially unique outside of one weapon I won’t spoil. Which is a shame given the actual world is full of potential for some interesting and unique ways to kill your foes. It’s not enough to take a point off, but don’t expect anything special in the way you shoot at foes.

However, actually hitting enemies is trickier since most of the monsters have extremely erratic movements. Even though this is quite unsettling to watch, these wild motions can lead to wasting a fair amount of your ammo trying to hit them. Since headshots are critical to putting these beasts down quickly, it can be frustrating to try and track their twitchy animations. This pretty much makes shotguns a must use when things do go loud. Boss fights get off a little bit easier, with many of the battles aiming for a more cinematic approach to their engagements. With the exception of an extremely obnoxious boss battle against a man wielding a flamethrower, they are exceptionally well balanced. 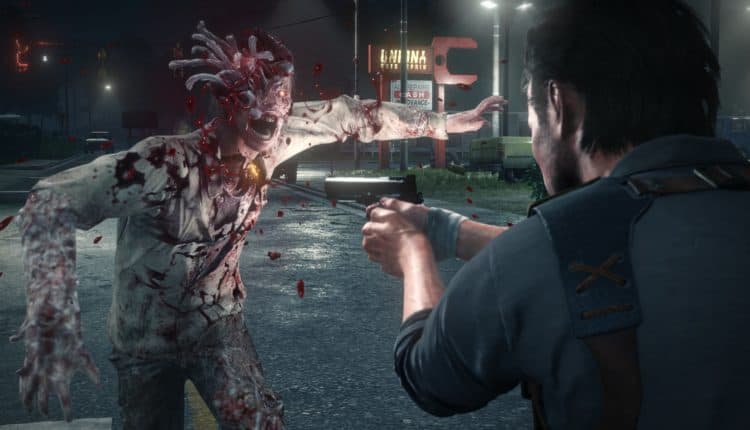 Where The Evil Within 2 stumbles is in its pacing which feels disjointed and unsure. The first half of the game plays out in a far slower more deliberate fashion. Then – out of nowhere – the game makes a mad dash to the finish like its life depended on it. This is extremely jarring and can easily kill any of the tension that has been built up. It also doesn’t help that the latter villains are not nearly as intriguing as the photographer/serial killer. Many of your encounters with him are extremely memorable thanks to the malicious sculptures and unnerving photos he leaves behind. Yet, he is completely dropped at the midpoint for no other discernable reason than “we needed a boss battle.”

Despite this, The Evil Within 2 is still a highly enjoyable experience that shouldn’t be missed by any horror fan. With strong gameplay, wonderful world design, and some truly horrific enemies this is a game that will stay with you long after the story is over. Even with some fractured pacing and a less than memorable second half, The Evil Within 2 is a genuinely terrifying experience. Though you might find yourself screaming in rage at all the wasted ammo used on The Lost.

The Evil Within 2 is a nightmare that grabs you and doesn’t let go.