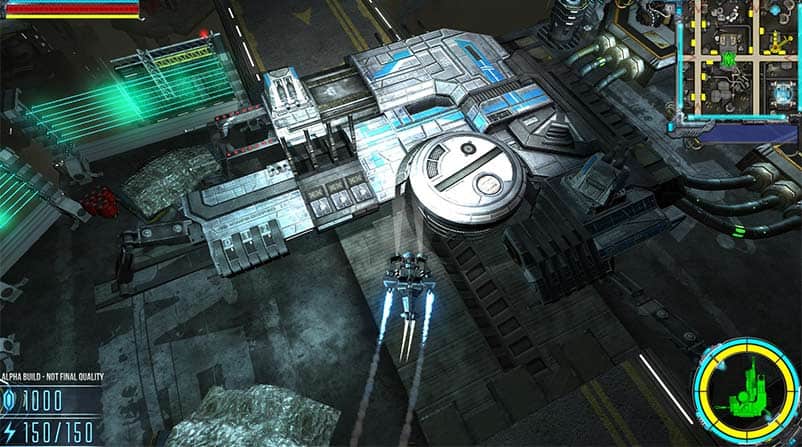 This indie space shooting tower defense game is chaotic fast-paced fun, but struggles to meld two genres together. From the start of Excubitor, you’re thrown into a universe where resources are important and survival is key. Throughout Excubitor, you are in control of a SST-77 Hammerhead spaceship. Your mission is to protect the Antares while you defend precious colonies and attack ravaging enemies.

The game attempts to bring together elements of tower defense games and side scroller shooters. It has 20 levels on 5 different planets with each level having unique environmental obstacles you can use to help during the dogfights. The levels themselves are fairly straightforward with attacking and defending against waves of enemies, along side some bonus objectives to complete. You are rewarded with modules and voidshards after completing a mission. The modules are used for ship upgrades such as armor, overall weapon damage, and mobility. The voidshards on the other hand are used for individual weapon upgrades to help decimate your foes. The game as a whole brings quite a bit to the table, but loses itself fairly quickly. 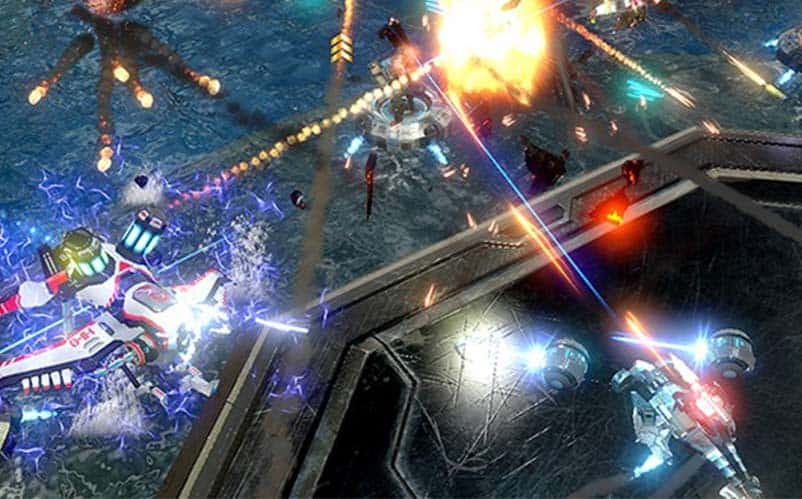 The first problems that arise in Excubitor are the controls — they’re a little too sensitive even at lower settings. I played the game at a sensitivity level of 2 for both the X and Y-axis and even then, it seemed slightly too fast. It was especially frustrating during large swarms of enemies. If the chaos felt overwhelming I would swing my mouse and find myself confused by the orientation of the ship more often than I would like to admit. This made relying on the map very important.

Like in many tower defense games, it’s key to be attentive to your surroundings. Depending on the map for movement isn’t a terrible idea, though with the more difficult levels, it becomes annoying at times. With controls that don’t feel completely comfortable, it is important to acclimate or your hard work will be worth nothing as the level ends, leaving you to start all over again. As the levels become more difficult, restarting is tedious. However, as you get used to the controls, the game becomes a lot more enjoyable, especially during the later stages.

The mix of space shooter and tower defense is a good idea, but it can be a little lopsided at times. The tower defense elements take a back seat and Excubitor seems to rely a little too heavily on the ship combat rather than the turrets you can build. Far too often I find myself jumping around the map because I know my turrets are of little help. The movement of the ship may be a little too quick, but it can be picked up with time and utilized well to optimize your building ability and destructive skills. Equipped with two weapons (left and right mouse buttons), the Hammerhead can deal quite a bit of damage, and it’s easily your best tool for completing missions. New weapons are unlocked after each level and can be upgraded up to three times, making nearly impossible levels a cakewalk. Each weapon packs a different punch, making it fun to mix and match them. The arsenal varies enough to make the difference during a tough level against a massive boss or a relentless wave of enemies. I found myself experimenting with a lot of weapon combinations and tinkering with all of the different possibilities.

The story is along the lines of an arcade game, with very dramatic situations and dialogue to match. I don’t find myself too invested in the story, but I do want to see how it progresses. As for the graphics, they aren’t mind blowing, but they are great for this type of game, and the style is easy to get into fairly quickly as you zoom through the map, destroying wave after wave of enemies.

Excubitor has a lot of enjoyable moments, though the tower defense elements lack and the controls take a little time to get used to. The weapons and the upgrade system are utilized really well, making them the highlights of the game. With a large variety of turrets to build and weapons to use, it’s very satisfying to complete difficult missions and fight through the massive swarms of drones. During later stages the game really shines, as there are more things to use and crazy enemies to defeat. If you can suffer through the controls in the game’s earlier stages, it might be worth checking out if it hits a Steam sale.