F is For Family Review: Another A+ Netflix Original 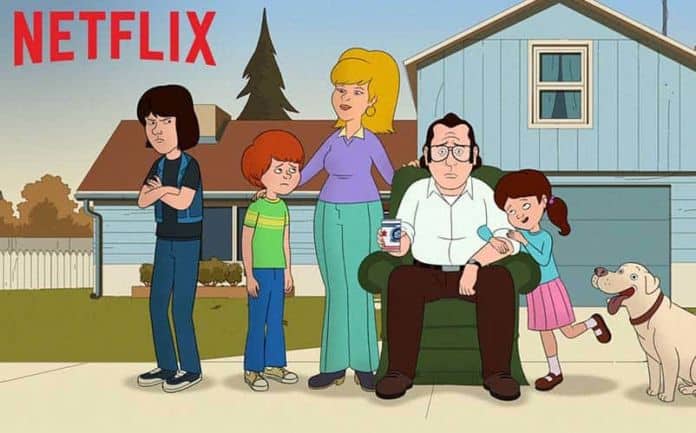 Admittedly, I only watched F is for Family because it was on Netflix, so easy to put on as background noise while I work around the house. I never would have watched it otherwise, as I’m not a big fan of comedian Bill Burr, the show’s creator. With very little marketing behind it, and so many other great new shows to watch in 2015, I can see how it would be easy to lose F is for Family in the hustle and bustle of the holiday season.

Thankfully, I found a little time to watch the new animated series, and I was pleasantly surprised. In fact, it might be one of my favorite new animated shows of 2015.

F is for Family isn’t a show for everyone, of course, as many will take offense to its foul language and borderline verbally abusive father. But, let’s keep in mind that it takes place in the 1970s, and it was a different time — a time which Bill Burr and writer Michael Price capture nicely. The series follows the Murphy family, a lower-middle class family with an angry father pushed to the edge by stress, his wife Sue, two sons Kevin and Bill, and daughter, Maureen. The family has the typical struggles of any lower income family, but presents these struggles in a way that is mostly funny. 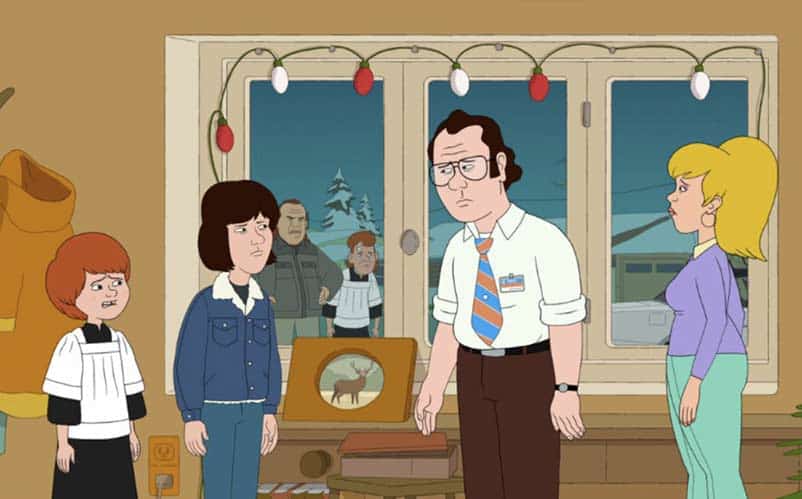 The F is for Family cast is the show’s strongest asset, with a surprisingly stacked list of household names, including Laura Dern (Jurassic Park), Justin Long (Accepted, Dodgeball), Debi Derryberry (Toy Story, Aladdin), Sam Rockwell (Confessions of a Dangerous Mind, The Green Mile), and Mo Collins (Parks and Recreation, 40 Year-Old Virgin). Of course, Bill Burr voices the focus of the show, the father, Frank Murphy, and does a perfect job capturing the anger of a typical father.

But F is for Family is far from typical, even if it shows a few typical family struggle we’ve all seen in shows before. In fact, it’s a good thing that it’s on Netflix because the show wouldn’t work nearly as well on network television, with a few scenes (and F-bombs galore) that would send censors running for the hills. But it’s not a show that’s offensive just for being offensive’s sake like Family Guy. Instead, F is for Family shows a lot of heart and a lot of promising, with a few touching moments that are genuine. Frank’s frustrations are something every father can relate to, and Sue’s quest to become something more than just a housewife and mother is relatable to many women. And, any kid can relate to the potential horror of being trapped under the bed while your parents are engaging in the act (as Bill finds himself in one of the episodes). What’s more, the struggling/troubled teen, Kevin, adds another familiar problematic element to the show, and any parent of a teen will tell you, his character is spot on. 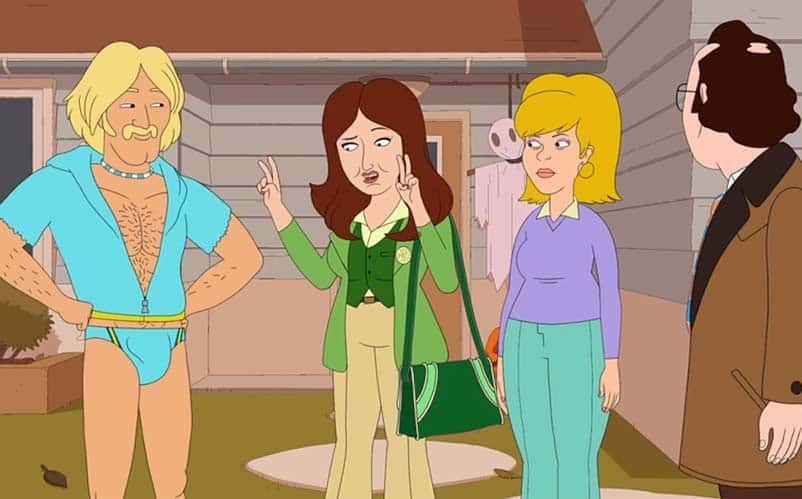 I’ll also note that Vic, the party-loving neighbor to the Murphys, is a memorable and enjoyable character. He’s seemingly built around Wooderson (Matthew McConaughey’s character in Dazed and Confused), and he adds an interesting and hilarious dynamic to the series. In fact, we wouldn’t be surprised if he spit out an “alright, alright, alright.”

Our biggest disappointment with the series is that its first season is just six episodes long. Sure, they’re six great episodes, but we were just getting into a groove when we realized there weren’t any more episodes to watch. Hopefully, we’ll hear news of a F is for Family season 2 soon, and we’re hoping Netflix has plans for more animated shows in their lineup of 31 originals planned for 2016.