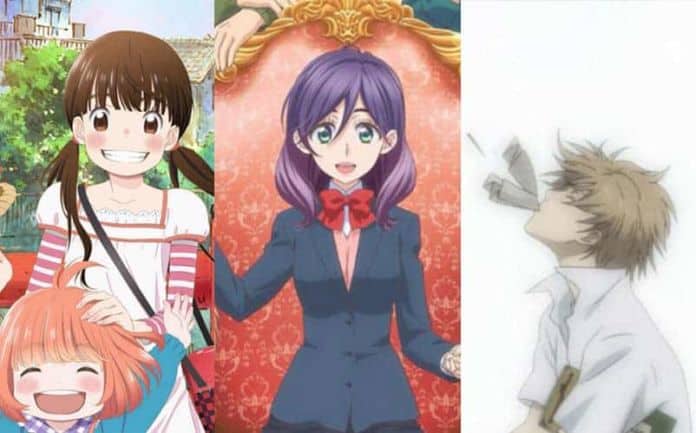 We have now passed the midway point of the summer anime season, and it’s never too early to look ahead. The fall 2016 anime cour is only a few weeks away, and we couldn’t be more hyped.

Last week, we listed all of the currently announced anime series and categorized them based on potential, which can be read here. This list will focus on the anime premiering in the fall with the most potential to succeed or become long-lasting fan favorites, which can be anything from new series to continuations of popular anime. Our list will also focus on anime in the High Hype/Medium Hype categories from our previous article. Here are the top 10 potential best fall anime of 2016:

NOTE: These are NOT ranked.

After fighting in the Battle of Sekigahara, Shimizu Toyohisa manages to critically wound a general. However, mid-battle, Toyohisa is found somewhere else, a hallway of doors with paths to other worlds. Here, he meets other warriors from different times known as Drifters, each who have been teleported to the hallway just like him. However, the drifters must also face wars with those who wish to eliminate their kind, “the Ends”.

Why this series has potential: Not only is the Drifters manga a good read, it offers fans something more unique than the typical shounen/action series. The historical premise and gathering of warriors from the past is a really cool concept that has the potential for a multi-season anime, awesome battle scenes, and memorable characters. Drifters has also won 2 awards for its manga and has been serialized in the U.S. 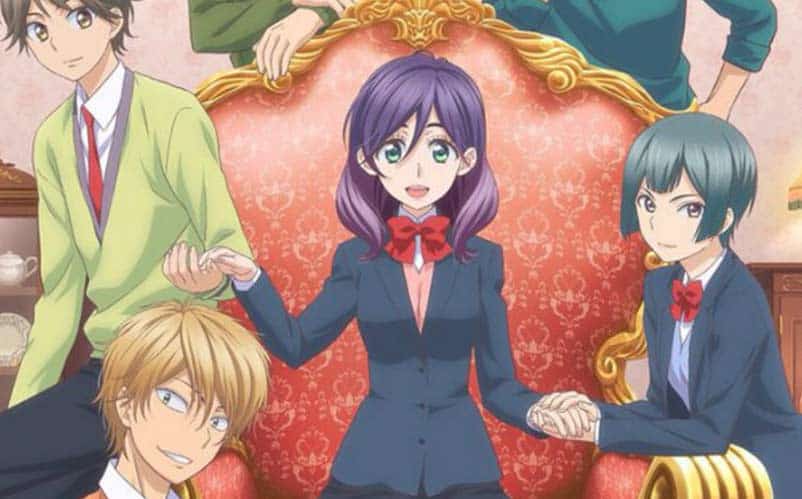 Fujoshi, or those who obsess over male same-sex relationships in yaoi or BL (boy’s love), take their fandoms seriously. However, one day, protagonist Kae Serinuma takes her obsession to the extreme after her beloved fictional character dies, losing a bunch of weight. All of a sudden, she obtains a harem of cute guys. However, she’d rather they would date each other than herself. Thus begins a hilarious and eye-opening series with a great message.

Why this series has potential: At first glance, this series may seem shallow, but it actually gives readers the opposite lesson. The idea of what conventionally attractive means is challenged and Sae sees for herself who likes her for who she is rather than her appearance. The comedy in this series is gold, especially for those who know about fujoshi and otaku culture.

It’s the season of the summer Olympics, featuring many sports that are not often broadcasted or appreciated. Among these include rugby, a tough, fun looking sport. Since there many sports anime out there with dedicated fanbases, All Out!! could be the next sports genre hit. The series follows short Gion Kenji and the tall Iwashimizu Sumiaki, two athletes with differing personalities. One thing that they have in common, however, is the love for rugby.

Why this series has potential: We have sports anime for nearly everything: basketball, swimming, cycling, soccer, volleyball, tennis, and more. So, what’s the next hit? It could be All Out!!, featuring rugby, a unique and lesser know sport that many want to learn about. Fans of the manga have shared their excitement for the anime, and it has a lot of potential for greatness. 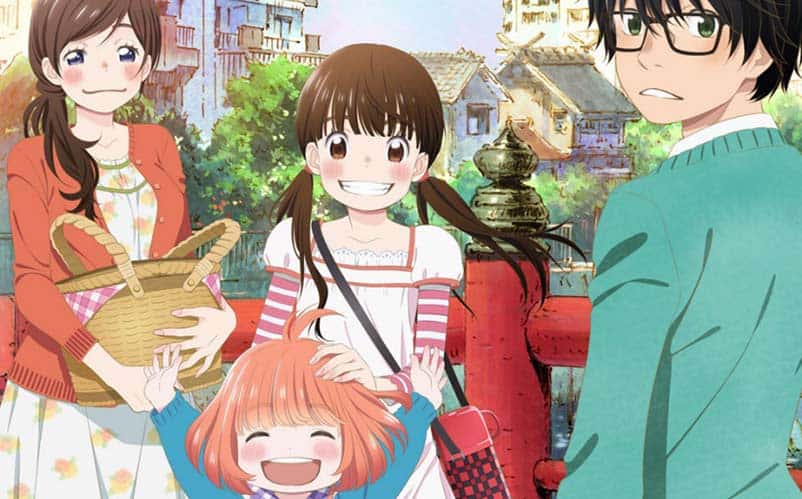 By the author of Honey and Clover, 3 gatsu no Lion (March Comes in Like a Lion) has a lot of promise for a slice of life anime. 17-year-old pro shogi player Rei Kiriyama has great skills and has the potential to be one of the best shogi players in the world. However, he does not live a normal life, as his sister and mother passed away in a car accident years ago, and living alone after graduating from middle school. However, later on, he decided to attend school, thus beginning his new journey.

Why this series has potential: Chica Umino created the masterpiece Honey and Clover, and is great at telling slice of life stories. This particular story has won a few manga awards, including the Grand Prize of the 18th Tezuka Osamu Cultural Prize in Japan. Its animation will be sure to reach even more people curious about Umino’s works.

Magical girl anime has a special charm about them that keep fans interested, and Flip Flappers is no exception. Set to be an original anime series, Flip Flappers will follow two middle school girls named Cocona and Papika. The anime will focus on them searching for the Fragment of Mimi, a crystal that is rumored to grant anyone who finds it wishes. These two magical girls decide to travel through the Realm of Illusion to search for the crystal they desire.

Why this series has potential: Although the premise of Flip Flappers is nothing new, it has great potential due to its style and the fact that it’s from the directors of such anime as Space Dandy and Dimension W. The visuals are incredible and colorful. Also, the characters look awesome, and it’s refreshing to see a few magical girls rather than a team of them. We can’t wait for a premier!

We can never have too many magical girls, right? Well, that’s wrong, especially in the world of Mahou Shoujo Ikusei Keikaku. In this world, a social networking game grants users the potential to become magical girls. However, one day, the developers behind the game decide that too many people have been granted the power to be magical girls, and half must be eliminated. What results is a survival game between 16 magical girls, who must battle to the death in order to keep their powers…and their lives.

Why this series has potential: Magical girl shows are known for the happy, positive undertones they convey, as well as the power of friendship. However, what makes shows magical girl shows stand out are the ones that deviate from this norm, featuring dark and gory undertones that deconstruct the series. Madoka Magica is famous for deconstructing the magical girl genre with its gritty atmosphere, battles, and psychological themes. This makes a magical girl death game anime sound very awesome and original. It may not be the next Madoka, but it sounds extremely interesting, which is why it deserves a space on this list.

Haikyuu!!, famous for its volleyball boys, is back in action with season 3 this fall. Since premiering in 2014, this series has gained a tremendous following, quickly becoming one of the most popular sports anime. This season will have intense action scenes and rivalries on the court.

Why this series has potential: Haikyuu!! has already proven itself as a great anime series and is gaining popularity. It’s a popular series to cosplay from at conventions and it has had two successful seasons under its belt.

After the premiere of its first season, fans wanted more of Sound! Euphonium, a slice of life anime following the Kitauji band club. In the first season, the once prominent club rose from the bottom after a new advisor was selected to instruct them. Following the lives of the players, this series showed the struggles/priorities of the club members as well as their participation in concerts and tournaments.

Why this series has potential: Many anime fans and band enthusiasts enjoyed the cute, lively nature of the series, and especially the characters.  It’s really cool to see an anime show how another (an equally important) club besides sports interacts and competes. Due to the success of the first season and fanbase, many are looking forward to the continuation.

Taking on cases that police cannot touch, the “Armed Detective Agency” features many eccentric members that possess various powers and are based on their literary counterparts. Having various abilities, they solve intense mysteries only they can deal with. After a successful first season, the continuation will air this fall.

Why this series has potential: Many enjoyed both the literary characters as well as the powers/mystery of Bungou Stray Dogs, which makes many hyped for the split up cour/season. The visuals are beautiful, and many fans are excited to pick up right where they left off. 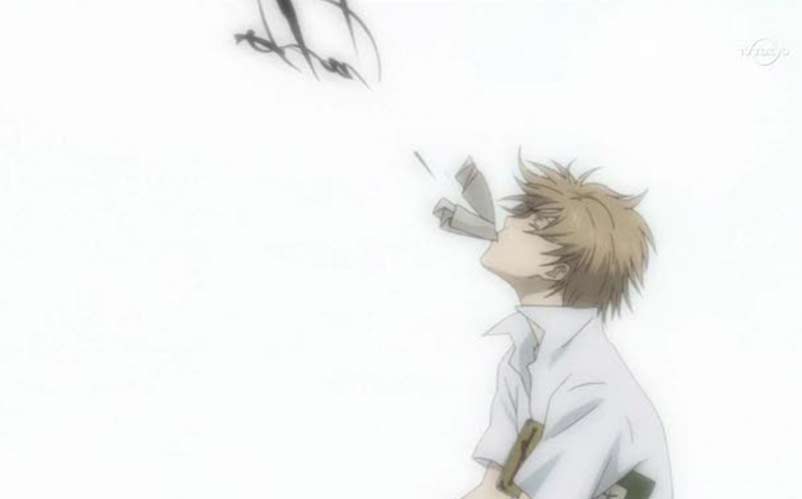 After 4 years and 4 seasons, Natsume’s Book of Friends is finally getting a 5th season. One of the great, but severely underrated series, This anime follows Takashi, a boy who inherited the power to see spirits from his late grandmother, Reiko. However, Reiko had sealed spirits in the Book of Friends, in which Natsume must break the contracts and help the spirits who need his help. Natsume-Yuujinchou Go is set to continue the series right where it left off.

Why this series has potential: Many fans have wanted even more of Natsume’s Book of Friends since it’s last season. The anime series has very high ratings, some even calling it a masterpiece. It’s nice to see when shows continue in the animation after a few years of being on hiatus because some even really amazing shows never return to the screen.

What Fall 2016 anime are you most looking forward to? Sound off in the comments below — we’d love to hear from our readers.