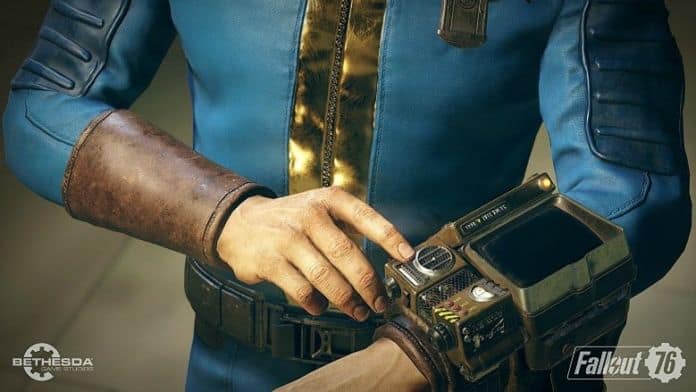 Fallout 76 is taking this action role-playing franchise online. But it remains to be seen whether this will feel like a new take on a series or a deviation to the point of being a spin-off. And while Todd Howard did a good job giving us insight into what this game is, we still have a lot of questions regarding how this game will work.

On paper it seems like a fun, somewhat wacky take on nuclear fallout. But in practice fans worry this online entry will throw the baby out with the bath water. For so long Bethesda has been a beacon for single player experiences amidst the fog of online multiplayer. This begs the question: is Howard giving us a fresh take on a popular genre or will this game become an odd footnote in this franchise’s history?

Howard’s interview with Multiplayer.it gives us a window into the state of Fallout 76 at launch. Posted in Italian, but translated by folks on Reddit, here are some noteworthy moments:

When asked by Multiplayer.it if Fallout 76 would contain any type of single player component or possible PvE [player vs. environment] areas on the map or even PvE dedicated servers (like in World of Warcraft), Todd had this to say:

“Not at the launch. When you come into play you can see the other players but you will not be forced to interact with them; you can play on your own. You can see them but you do not have to fight them. Maybe you can use them to exchange items, to join a team, or you can visit their camp. There are a lot of things you can do with other players that is not a comparison with weapons. However, one of our long-term plans is to have servers where you can live your lonely world. You alone. Or at the limit where you can invite only your friends; or you can apply mods and change the rules at your discretion. All of this is in our projects but there will not be at the launch of the game.

This means die-hard single player gamers may want to hold off on picking up Fallout 76. It also tells us that, like most online titles, this is going to be an “ongoing game.” But will it be ongoing as in added content or ongoing as in it wasn’t fully ready at launch?

Here is Todd’s response to how they planned on dealing with potential griefers — and more specifically — those that decide to camp outside of the Vault itself as an example.

“There are several tricks we are implementing to prevent the other players from doing exactly the things you describe. For example, at the moment you can not kill a player until he reaches level 5. Maybe we will change this rule, but we are aware of the risks because that stuff does not appeal to us either. But it does not scare us to try new things and leave the players the total freedom to fight at their discretion or to not do so if they are not interested.”

When asked what would happen if another player decided to build their base exactly where your base is in general, Todd had this to say in response:

“Theoretically it is possible but considers that the world is really huge. Now I’ll explain something. Imagine that as soon as you leave the vault you want to build your camp in the immediate vicinity. Keep in mind that the construction and assembly module is mobile so you are continuing to play Fallout and you realize that at a certain distance there is a beautiful hill overlooking a valley with a splendid view and then you want to build your camp there. And in a moment you can move it. If for some reason someone builds above your position, you can move your shelter somewhere else, or you can start damaging that camp until you persuade the other player to move. It depends entirely on you. But it’s really rare, very rare, for two people to build at the same spot.”

Both of these answers tell us that Bethesda has worked hard to try to have a level of non-invasive online multiplayer so as to not alienate single-player fans and newcomers to the series. Still, I have my concerns. Fighting the environment in Fallout is hard enough. But then again, nuclear fallout was never meant to be easy.