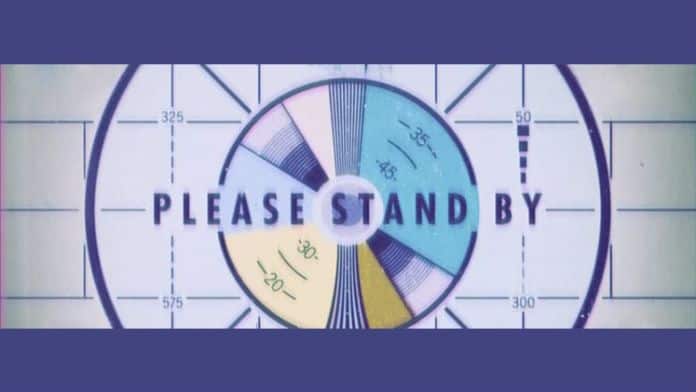 Bethesda’s E3 2018 Showcase isn’t scheduled until the evening of June 10th. But the publisher appears to be having a hard time waiting. The company’s Twitter account published a new tweet just a couple hours ago teasing something Fallout related is coming our way.

The franchise has used this same “Please Stand By” imagery with many of their announcements throughout the years. Bethesda is using the hashtag #PleaseStandBy to tease the upcoming reveal as well.

There’s still nearly two weeks before the debut of Bethesda’s E3 show. It’s unlikely that they would begin toying with fans if the announcement wasn’t coming until their E3 press conference. It seems like we’re in line for some sort of Fallout news coming our way in the next few days.

What that news is could be anyone’s guess. Fallout 3 launched back in October 2008, making this coming October the 10 year anniversary of the game. Many have speculated that we could be in line for a rerelease, or perhaps even a remastered version of the game hitting systems. If that were the case you could likely expect a Nintendo Switch version of the game debuting too.

Fallout 4 released in November 2015. I suppose it’s possible that an announcement for Fallout 5 could be impending, but that feels like a stretch at this point for some reason. There were 7 years between Fallout 3 and Fallout 4. Although there were numerous DLC drops for each iteration, as well as Fallout: New Vegas‘ release in 2010 – albeit by different team in Obsidian Entertainment.

Bethesda isn’t giving any indications as to when the curtain will be pulled back on reveal – whatever it may be. Hopefully we’ll get word as to what they’re teasing us with soon. But keep your expectations in check. If it were something monumental they would likely be holding that sort of announcement for their press conference in June.