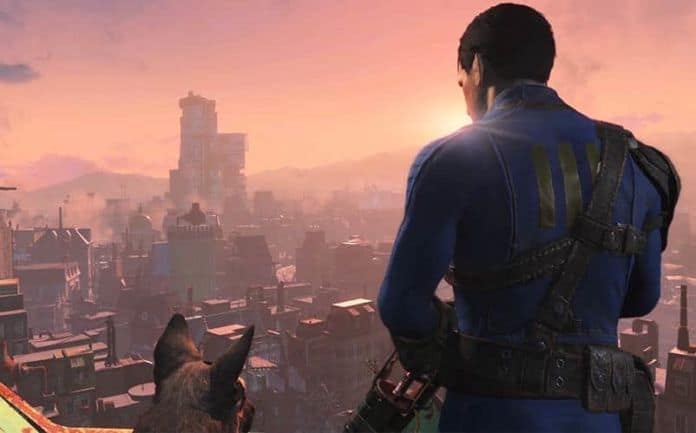 **Update 5/30/18: With a new Fallout announcement now imminent, let us re-present the article below. With sources telling us that this is going to be a brand new Fallout game that takes the series in an entirely new direction, we can only imagine some sort of multiplayer Fallout, or possibly even a Fallout MMO. Stay tuned. 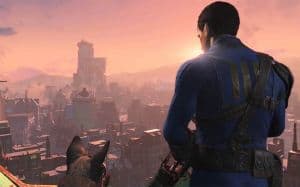 Yesterday’s Fallout 4 reviews mostly noted that the game is, basically, great. And, I’m not doubting that it’s great in the least bit. I’m still sitting here typing away at this article as I anxiously await my copy, which will be arriving on my front steps via UPS any moment now. But with all of the solo, open world games being released in 2015, I’m starting to wonder: do we still want to be alone in the wasteland?

I mean that, with so many open world games being a mostly solo experience, is it time for a huge open world co-op experience? I’m thinking about all of the time I’m going to spend playing Fallout 4 over the next month, and how it’s going to take away my gaming time with friends. Before Fallout, my friends and I would team up for some Halo 5 co-op, Smite, or Rocket League. But now that this game is going to consume the majority of my gaming time — in fact, it’s likely I won’t play anything else until I’ve completed it — I’m wondering if the Fallout experience could possibly work as a multiplayer co-op game.

What if Fallout 5 allows you to meet up with another survivor and team up to take on the wastelands? I know, I know — it’s way too early to even think about Fallout 5 — but I’m just using it as the obvious example, one that I included in our Fallout 5 Wishlist. The same could be said for most of the recent open world games like Batman: Arkham Knight, The Witcher 3 and next month’s Just Cause 3. These games, at their core, are all single player, sit-with-your-headphones-on-in-a-lowly-lit-environment type of game. Alone. I’m cool with exploring an open world alone most of the time, but a game like Fallout is perfect for some sort of co-op experience, is it not?

In fact, I’ll argue that it could work in a similar way as Army of Two. Granted, that wasn’t the best co-op video game ever made by any stretch of the imagination, and bringing the game up in an article revolving around Fallout 4 might be a bad idea. But, it was an enjoyable experience where you teamed up with one friend and were able to complete the story. And, you could deck out your character with cool masks. If Bethesda were to one day apply that similar sort of buddy team-up to their franchise, and obviously expand it into an open world and a bigger scale, they could potentially have something even more great. 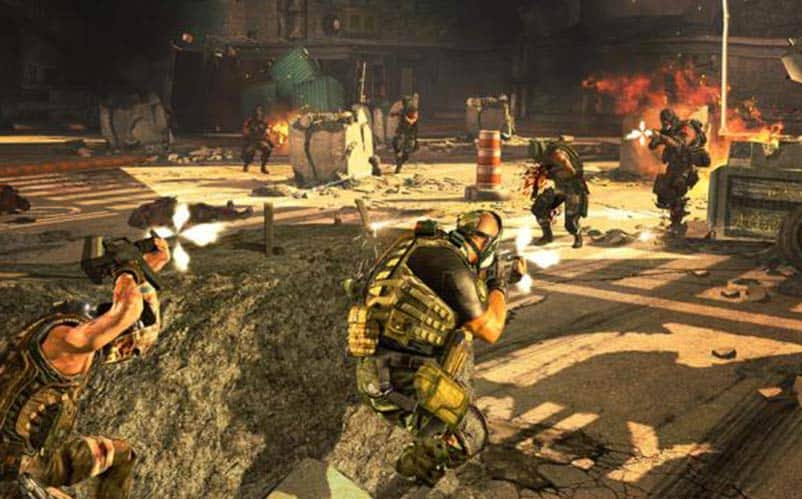 There’s something special about teaming up with friends and chatting away while you’re completing a mission together. It’s one of the best aspects of gaming, and one that I think would benefit the franchise in the future. The co-op is probably why The Division looks as good as it does, and a franchise like Fallout could benefit from a similar experience in the future. Sure, we have a dog this time around, but that dog can’t talk back to you. Just saying.

Of course, the game’s director Todd Howard tried a Fallout 4 multiplayer experience, but he came away believing that it wasn’t right for the game, saying (via Mashable):

“Believe it or not, every time we do a game we design a multiplayer mode just to see what we would do, […] Then we go, ‘Yup, we shouldn’t do that. That’s an awesome idea that is way too distracting from the main thing we want to do, which is single player.'”

While it’s always respectable to see a creative put their foot down, it’s undeniable that there are more than a few fans that would like to see a multiplayer Fallout. Hopefully, if Bethesda ever decides to do a Fallout 5 — which, given the success of Fallout 4, it’d be hard to believe that they wouldn’t — they will try to figure out a co-op experience.

Want more Fallout to chew one? Check out our Fallout 5 wishlist.