Nerd Much?
Home Games Far Cry 5 Might Be More Political Than Ubisoft Intended 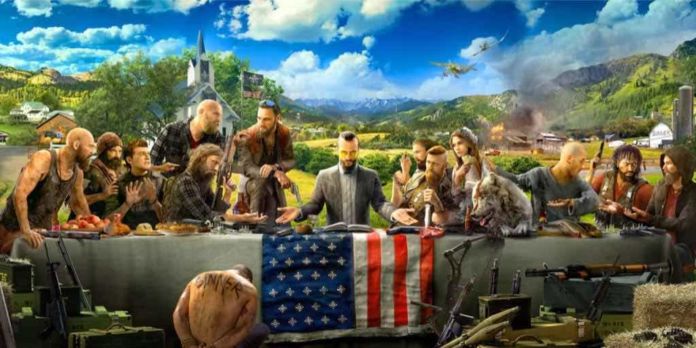 Based on recent events and the current political climate, Far Cry 5 is going to be a lot more politically relevant than Ubisoft ever intended.

To be clear, Far Cry 5 isn’t a perfect reflection of current politics, this is more to do with the obvious elements similar to real life in the game. There isn’t actually a cult in real life called Eden’s Gate, but their belief system is certainly familiar enough.

Eden’s Gate believes that they must protect the townspeople of Hope County, Montana (a fictional county) from what the game terms the “inevitable collapse.” As such, they believe it is up their leader Joseph Seed to hurry up and save these souls by converting them to Eden’s Gate. Seed uses violence to coerce people and to keep them from leaving – least they seek outside help.

Some of the imagery shown for Eden’s Gate is important in understanding their belief system. For example, the initial E3 2017 trailer showed one of the main symbols of Eden’s Gate: their “cross” printed in the middle of America’s star-spangled banner.

This implies their belief that church and state are one and the same, one equals the other. This image, combined with the heavy-handed military theme is just as significant. Each member of the Eden’s Gate congregation is holding a gun during Seed’s sermon. When Seed raises his gun, so does everyone else in some kind of praise for solidarity with guns. 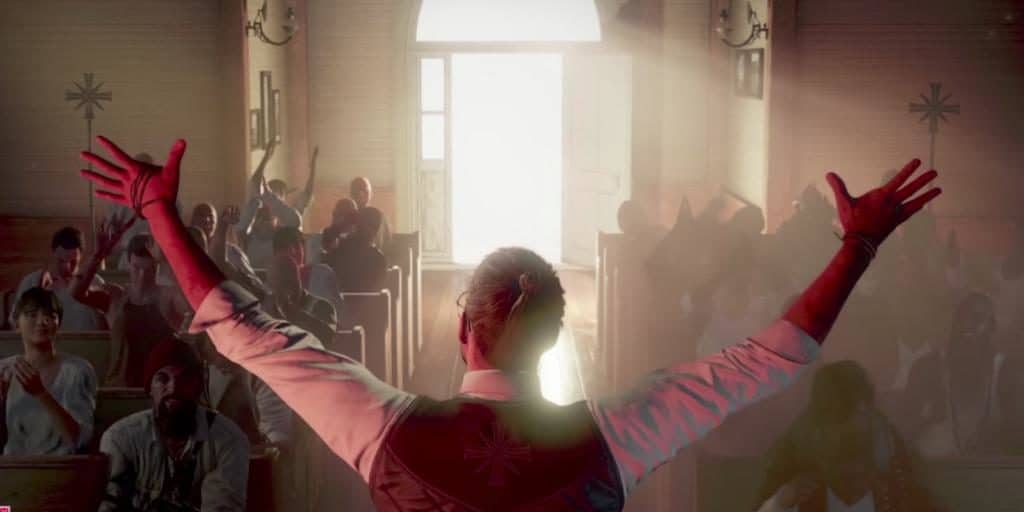 Doesn’t sound like the America you know and love? Allow me to refresh your memory. Gun law, especially in the context of school shootings or even police officers, has been a much debated topic in America. Those that support the right for any civilian to bear arms often consider themselves the most patriotic of peoples, as if the two go hand-in-hand.

Those that don’t, are sometimes stigmatized as non-patriotic. As such, the nearly religious praise for guns in Eden’s Gate could reflect those supporters of the right to bear arms; especially when Eden’s Gate take their guns into church and bear their arms openly.

Speaking of the church, and Eden’s Gate reinvented flag, church and state are very close in America. You might recall the most prominent religion in the United States; law-making is often attacked or justified through a very particular religious moral lens.

Take the subject of same-sex marriage, for example. Both sides of the argument have been very guilty of using religious morality to support their side. That the Christian cross is not depicted in the country’s flag, like it is for Eden’s Gate, is somewhat surprising when viewed in this context. 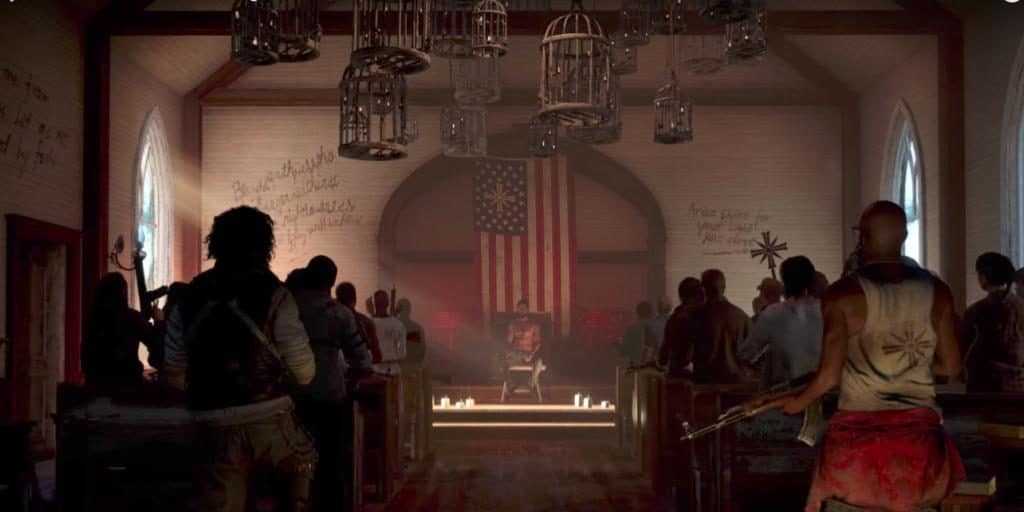 That said, Eden’s Gate may be the extreme version of church and state being inseparable but the similarities to real life is rather obvious. The praise of guns within the space of a church is a clear reflection of those that happily support the right to bear arms. As such, it will be impossible not to read Far Cry 5 in the context of the current political climate.

Being so similar in context and setting, doesn’t mean that Ubisoft has suddenly leapt onto the controversy wagon. First, this game was in development long before Trump took office and all of the above issues became more than just a rare percentage of Americans. Second, Ubisoft has consistently avoided controversy like the plague, that’s not going to change now.

Far Cry 5, however, will speak all on its own by merely existing. The simple fact of Far Cry 5’s most basic mechanic, the need for good and bad guys, is enough to make a statement on current politics. Eden’s Gate (a form of religious extremism) is bad, whereas those against Eden’s Gate (regardless of their beliefs or sanity levels) are good. As such, Far Cry 5 isn’t trying to say that all extremism is bad, just the ones the majority of people can agree are bad.

Throw a Nazi tiki torch into that blend, and it is harder to see what side of the extremist coin Eden’s Gate is on. If you agree with the current Neo-Nazi movement, than Far Cry 5 is agreeing with you – as long as you think that Eden’s Gate goes too far. If you do not agree with Eden’s Gate or Neo-Nazism, than the game is agreeing with you again. As long as you think your beliefs are in the majority, you are in the right. Only Ubisoft could manage to take both sides of the extremist coin. 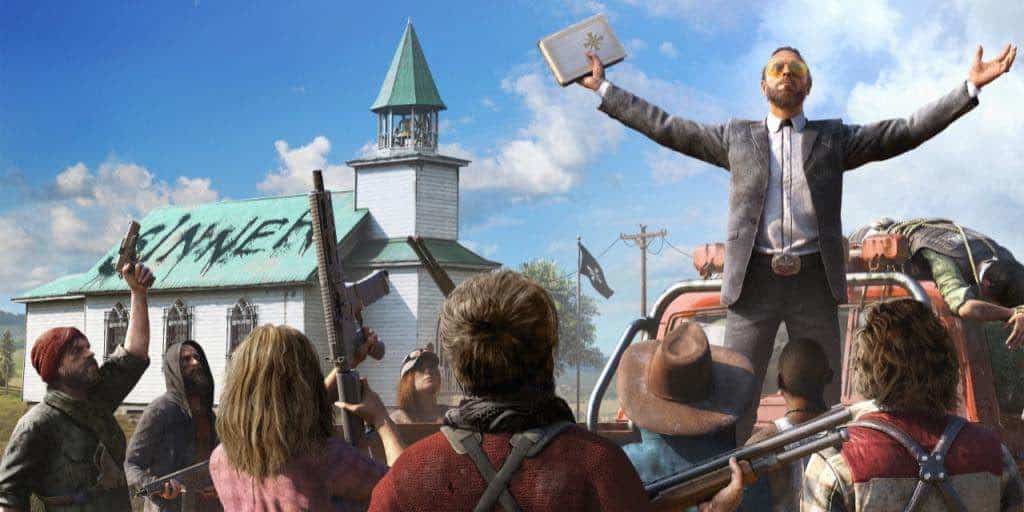 So if Far Cry 5 states that the only bad extremism is the one you don’t agree with, what does the game say to do about it? Gun ’em down and ask questions never. Eden’s Gate is plain bad and thus you are completely justified in methodically taking out each and every one of them.

The very game mechanics of Far Cry 5, as a first person shooter, state clearly that if there is an extremist ideal out there that you don’t agree with, it is perfectly okay to fight fire with fire. Whether you agree or not, the fact remains that Far Cry 5 is a lot more political than Ubisoft ever intended.