The Value of Finishing Video Games You Don’t Like

Some of you may immediately think finishing games you don’t like is a waste of time. With so many good games to play, it seems counterintuitive to spend time forcing yourself through a game you’re not enjoying.

But learning about what you don’t like and truly understanding the nuances of why you don’t like it helps you develop, expand, and evolve your tastes. Finishing popular games, acclaimed games, or mixed review games that didn’t do it for you lets you contribute to larger conversations in the gaming world.

This isn’t to say you have to beat a game to discuss it, but finishing it allows you to engage with the discourse more thoroughly. Plus, you get the satisfaction of having seen a game through — and I think we could all use that from time to time.

I have to admit, I adopted this mindset (in part) out of necessity.

I was in a rut. Of all the games I played, few were actually completed. 2016 was the first time in my life that I made an active effort to beat games… as many games as I could. And since then I’ve made it a resolution: beat more games than I did last year. I know at one point that won’t be feasible anymore, but I’m going to keep trying.

After all, to start games is human, to finish them is divine.

I beat 18 games in 2017: Pokemon Moon, Night in the Woods, Resident Evil 7, The Uncharted Collection (games 1, 2, & 3), Gears of War, Super Mario 64, Until Dawn, Kirby’s Adventure, Splatoon 2, Oxenfree, Super Mario Odyssey, Yoshi’s Island, Graceful Explosion Machine, Little Nightmares, Mom Hid My Game, and Wheels of Aurelia. I’m proud of that. For some of you that may be a little, for others that may be a lot, but for me, it was more games than I beat in 2016 and that was all that mattered.

I’m not advocating that you should play games you absolutely hate; certainly not (although yes, I’ve done that too). I don’t think you need to finish every game you start because doing so would actually discourage you from trying games.

It’d be like having to have an entire relationship with every person you went on a date with. You’d be a lot more selective when it came to who you shared a beer with and would probably miss out on some good experiences, maybe even some full-fledged relationships. This brings me to my first point

Commit for a Reason

There are plenty of games I don’t like that I bounce off of almost immediately. Red Game Without A Great Name had potential but navigating spikes using short bursts of teleportation quickly started to feel like uninspired busy work rather than a game I’d be willing to pour hours into. 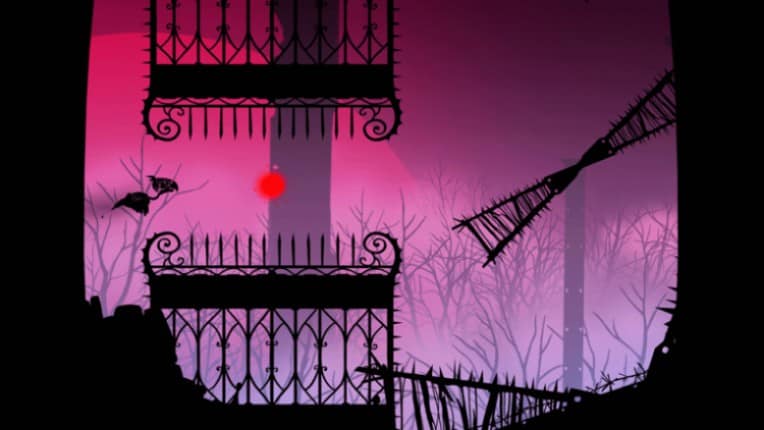 The Bridge had a stunning art style with surrealist puzzles but I can’t say I’m itching to go back to it. 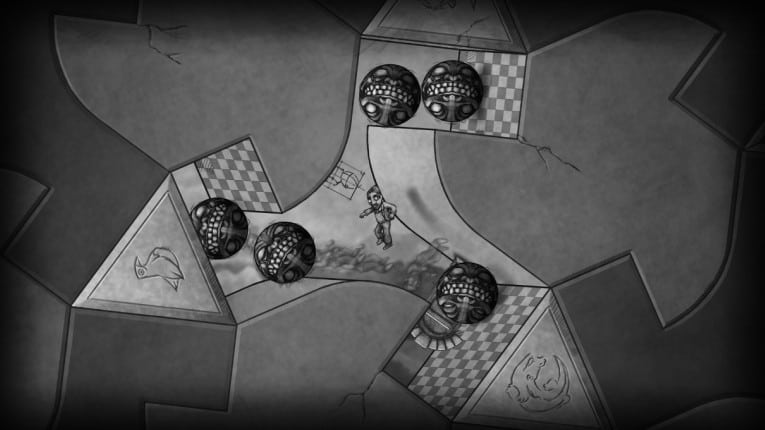 And for all the praise it got, Thimbleweed Park felt like a point and click chore more than an adventure. Less than an hour in I had no interest in the story, often felt lost, and was put off by its sometimes self-aware (this is a game wink nod) sense of humor. 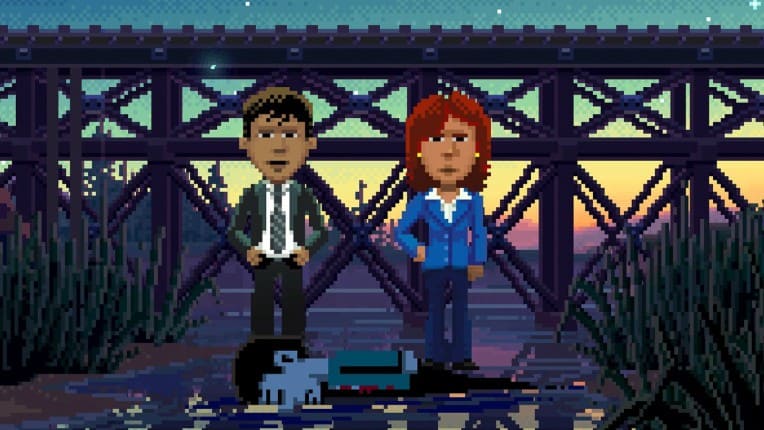 You should pick a game that piques your curiosity, something that digs at you. It should make you feel something besides annoyed, bored, or frustrated. What drives me to finish games I’m not in love with is wondering where the story would go, already being far enough in that finishing it wasn’t taxing, having agreed to play it with someone else, or simply needing to see the task through for the sake of saying I did it.

Games I’ve Stuck With (Despite Their Issue(s))

Night In The Woods

As some of you already know, I did not like Night in the Woods. But things didn’t start out that way. This was one of those indie titles I’d been looking forward to. And, at first, I was having a good time. Eventually, that petered out. But “How Long to Beat” had it at 8.5 hours and by the time I started to get sick of the whole process I was already halfway through.

Additionally, Night in The Woods isn’t a bad game. It’s a game I don’t like, it’s a game I think is highly flawed, it’s a game I can’t recommend but it’s not bad. Night in the Woods has redeeming qualities and with so many people I respect, whose tastes often align with mine, singing its praises I felt it was worth seeing through. I knew I wasn’t going to fall into the hype but I wanted to experience it myself (regardless). And I’m glad I stayed because the ending of Night in the Woods turned out to be one of the most memorable narrative experiences I’ve had in gaming. I can see why people like this game but, having experienced it to its entirety, I can confidently say why I don’t.

When it comes to video games you’re not feeling, people might say “just wait it out,” “just get through ___ part,” “wait till you see the ending,” and other phrases to convince you the best is yet to come in a game you’re ready to turn off forever. I’m not saying you have to give in to the peer pressure. At the end of the day, trust yourself and your tastes. I’m just saying be open minded. Acknowledge potential when you see it and/or when the industry promises it. Case and point:

When I’d tell people I never played the Uncharted series they’d immediately tell me I have to play the Uncharted series. And so, one fateful Christmas, I was gifted the collection. Despite loving Naughty Dog (as a result of the Jak and Daxter series) Uncharted did not pan out for me. 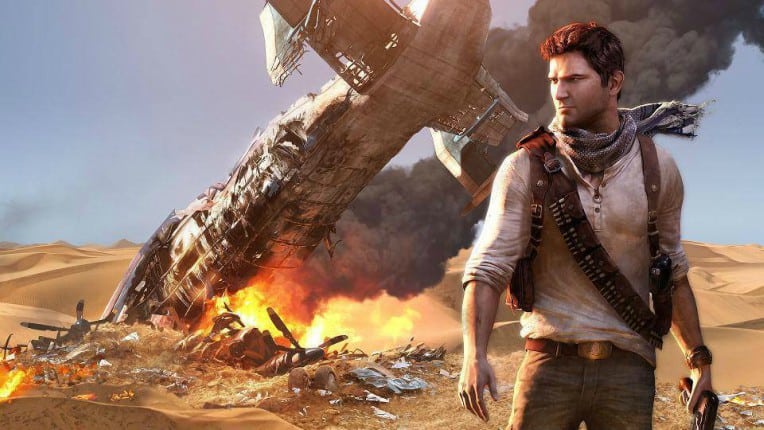 When I confronted friends about this everyone assured me that 2 and 3 were better. This also turned out to be untrue. I won’t go in depth on my criticisms of Uncharted, a franchise that feels more derivative than those Home Alone movies. But what I will say is what compelled me to continue. Besides the fact that I already owned the collection, I had started this series alongside my brother, Edwin. We were having a great time passing the controller back and forth throughout the first campaign.

But about 2/3rds through we realized Uncharted: Drake’s Fortune had already played all its cards and wasn’t going to do anything else. Despite ending the first game feeling underwhelmed, we played through the 2nd hoping it would build on the established formula. It didn’t. But we played through 3 anyway, just to finish the damn disc.

It was hell to get through all these, but I’ve officially gotten Uncharted out of my system and bonded with my brother in the process. At this point, Uncharted 4 could be better than Breath of the Wild for all I care; nothing will get me to return.

It’s kind of a petty thing to hang my hat on but it feels good to have seen it through if only to be able to say no one call tell me this series (in its 3 core games) gets better. I gave it a fair shot. And that’s not the only game I got roped into:

I marathoned Until Dawn with my YouTube partner (at the time), Jess Reed and had similar results. I head great things about this title and I love choice driven games. Not only did this fall short of expectations, but it also hit every cliche on the way down. There’s a lot that went wrong here but most notable is the convoluted and contrived story. From a suspected murderer to Freudian psychology to monster to ghosts to Native American curses and back again and again: this story was a mess. But I have to admit since I had to play this for our channel I really was curious how they’d make sense of things at the end. 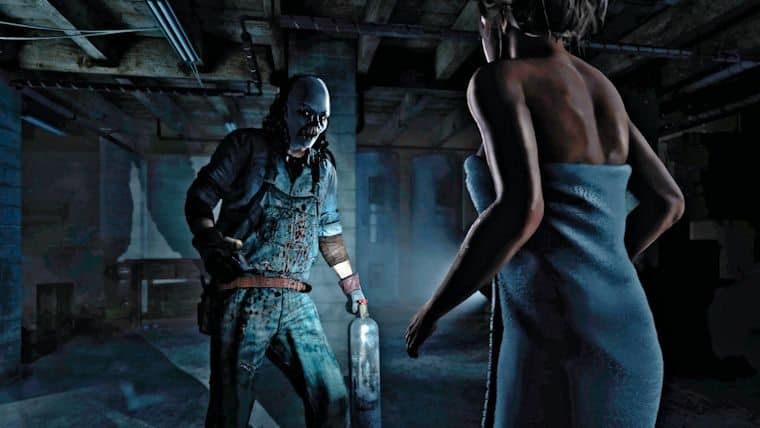 Spoilers: it’s not at all satisfying but at least I got some closure. We got through this one for the sake of our review but sharing that experience with someone can be as memorable, and as good of a story, as bonding over a loved game. We marathoned this game from night until dawn, seriously.

These games may not be fond memories or campaigns that demand to be replayed. But all of them have taught me more about people’s tastes as well as my own. They’ve thickened the line between a basic game and a boring one. They’ve shown me the point where guilty pleasure morphs into a permanent cringe. And most of all, as someone who writes about video games, they’ve given me a lot to think about and a lot to share with all of you.

So if you find yourself not in love with a critically acclaimed game or pick up a title that feels like a blend of joy and meh, consider seeing it through. You just might get something out of it.