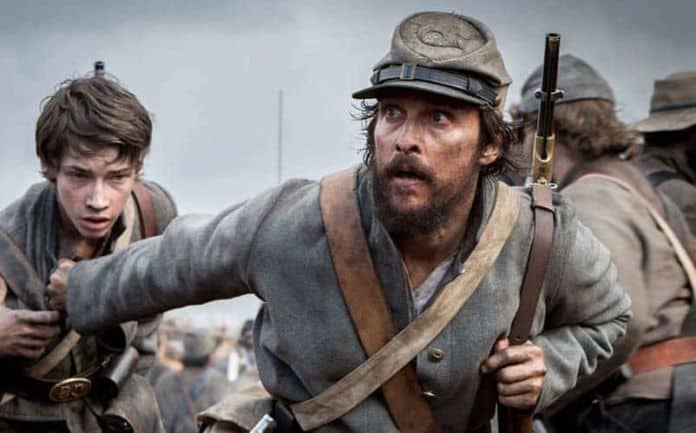 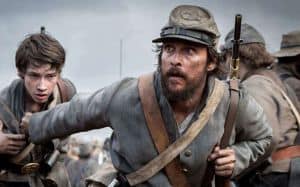 Free State of Jones is one of the best examples of what happens when a movie has an identity crisis. It’s a film that tries to discuss a plethora of important topics, but never really commits beyond simple bullet points. For those who only know about this movie via the trailers, you’d be surprised to know that it’s not really an action or a war movie. Even though, judging by the promotion material alone, it was completely marketed that way. Free State of Jones is a mash-up of different genres and even movies, though you’d be better off watching other slave era movies.

Set during the American Civil War, Newton Knight (Matthew McConaughey) is stationed on the front lines as a Confederate medic. He soon abandoned this position after a personal tragedy and flees to his rural town that is constantly being over taxed by the soldiers. Knight disagrees with this, rallies the townsfolk together and begins to fight back against the Confederate soldiers that are oppressing his people. If this sounds like Mel Gibson’s The Patriot during the Civil War, you wouldn’t be wrong. The similarities are fairly obviously, and the first act of the film is largely enjoyable.

The problems set in once Free State of Jones makes a hard right turn during the middle of the second act. It completely shifts from a more action-oriented film to a one that slows down immensely so that it can discuss the problems of slavery. It’s not that some of the dramatic moments don’t work, but due to the film basically being combat focused for the first half, this jarring change brings the movie to a grinding halt. There is no central conflict or even real driving action anymore, it’s as if director Gary Ross wanted to make two separate movies but couldn’t figure out how to complete either one. 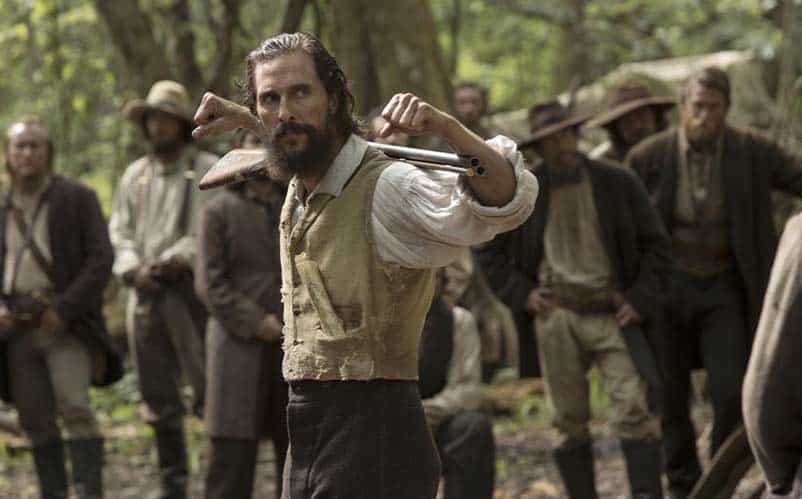 Ross’s choice to remove all action in the latter half of the movie makes going through the second and third act feel like an absolute chore. The pacing for this movie is atrocious, but this also has to do with the implementation of more modern segments that are supposed to be set 85 years later. See, this modern segment is supposed to reflect how even years later the disconnect between black and white people remains, but it’s so poorly handled that it is nothing short of awkward. It doesn’t help that they appear forced into the film itself as if they came up with the idea after originally shooting the movie.

It also doesn’t help that a large majority of the characters are very one dimensional, lacking in any important character growth or even meaning. Outside of Newton Knight, the majority of the supporting cast are predictable and really don’t offer much to the story or even driving action. Knight makes all the big decisions, his choices are infallible, and everyone should just shut and listen to everything he says because apparently, only he is capable of moving the narrative forward. You could read this as the film representing the slave trade as a whole, with only one important white guy  running the entire show, but Free State of Jones is not nearly that clever.

The villains are especially horrendous as they are not memorable, intimidating, or nuanced in any capacity. In fact, they are so bad Ross seems to completely abandon them once the second act finishes up. We never get a central antagonist for the rest of the film to build around outside of a group of racist white farmers who disagree with the outcome of the Civil War. By removing a main antagonist, you lose any sort of real personal conflict for Knight making many of the more intimate dialogue driven scenes less impactful. Even during the action scenes the Confederate army are basically just a bunch of bumbling baffoons that should be auditioning for Cobra, as they never seem to pose a single threat to Knight and his band of armed villagers. 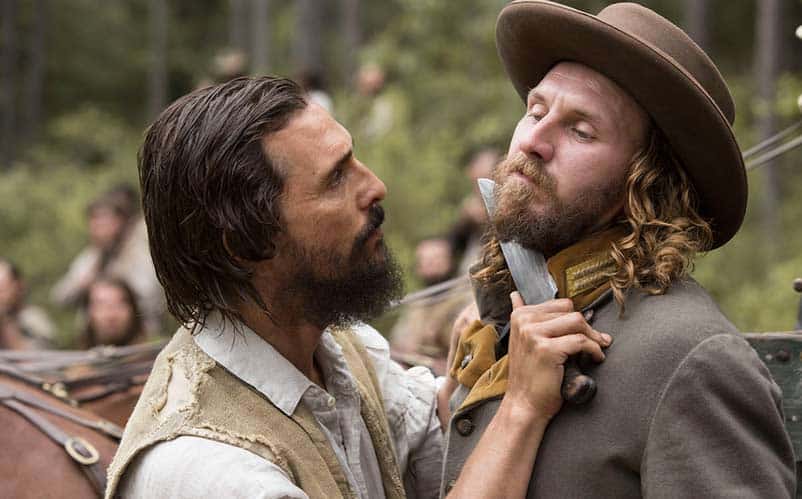 Also, if you are expecting some dramatic showdown between Knight’s town and the Confederate army you will be quite disappointed as the film itself lacks a climax. Not only does it lack a proper highpoint, but Free State of Jones actually teases what could be a genuinely interesting finale. However, there is no payoff and the film just decides to meander on without actually resolving anything and what does get resolved in the later end of the third act feels both uninspired and lazily slapped together.

Even though Free State of Jones has some genuinely great acting and cinematography, the script and pacing for this story just weigh it down too much. Even though Ross does a fantastic job capturing the gritty realism of the Civil War, it’s simply not enough to keep the film interesting for the 2 and a half hour runtime. Free State of Jones is not as entertaining as The Patriot nor as insightful as 12 Years a Slave, it’s just a lukewarm mix of the two.