Upon its release, Frostpunk was lauded as one of the best city building simulation games to hit the genre in years. It even won the award for Best Strategy Game at The Game Awards this year. 11 bit studios’ hit project launched back in April, but they’re far from done with it. The team announced that a Frostpunk Christmas update is on the way – and it’s free for everyone. 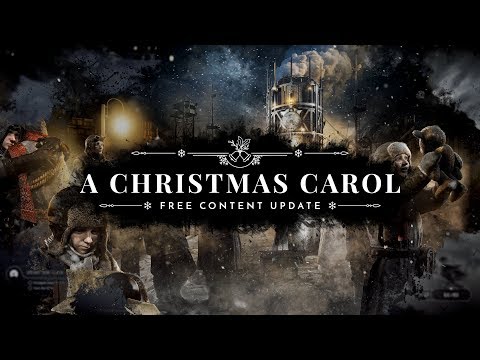 The Frostpunk Christmas update hopes to bring some joy to the last city on Earth. 11 bit says that their game has a “Dickensian” feel to it as it is. And its set within the late 19th century just as the author’s A Christmas Carol was. The inspiration here is obvious – and noted.

While the in-game citizens of your city are sure to prosper thanks to the Frostpunk Christmas update, the true benefactor is you. The update brings with it a new quest for the recently implemented Endless Mode. There’s also a new Christmas themed building that incorporates a new event as well. And the developers tease that a new moral dilemma is introduced for the player – “Otherwise, would it truly be Frostpunkian?”

The Christmas update is the second free DLC package that 11 bit studios has released. Back in September the team dropped their The Fall of Winterhome content. It was a prequel to the base game and forced the player to fix the damage done by a neglectful regime before finding that an evacuation was necessary due to a damaged generator.

11 bit studios promises some minor bug fixes and general improvements within their Frostpunk Christmas update as well. In order to see what their A Christmas Carol themed update brings to the game, boot up Endless Mode and see the holiday joy spread throughout your denizens. It’s either that or go out into the real world to deal with real people – and nobody wants that.