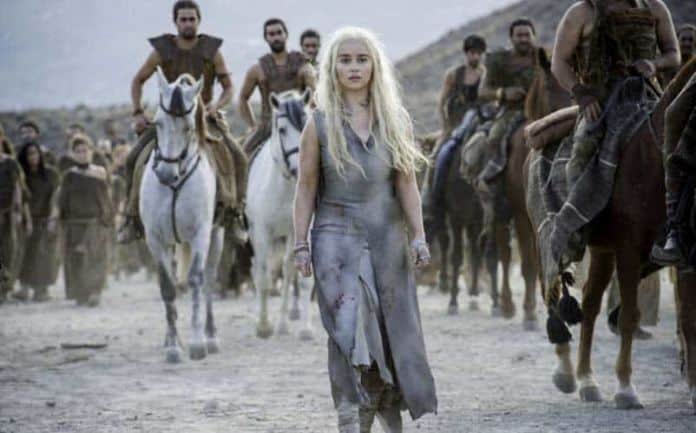 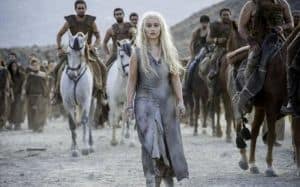 **This review is dark and filled with spoilers. Don’t read if you don’t want spoilers**

Last week’s episode solved the mystery regarding Jon Snow’s fate, and this week’s episode, “Oathbreaker“, started with what’s next for Jon Snow and his brothers. Here’s our Oathbreaker review, recap, and discussion.

Sam and Gilly made their season 6 debut tonight. Gilly calls Sam the father of her son, and Sam does what any new father immediately does when they hear that news: puke. 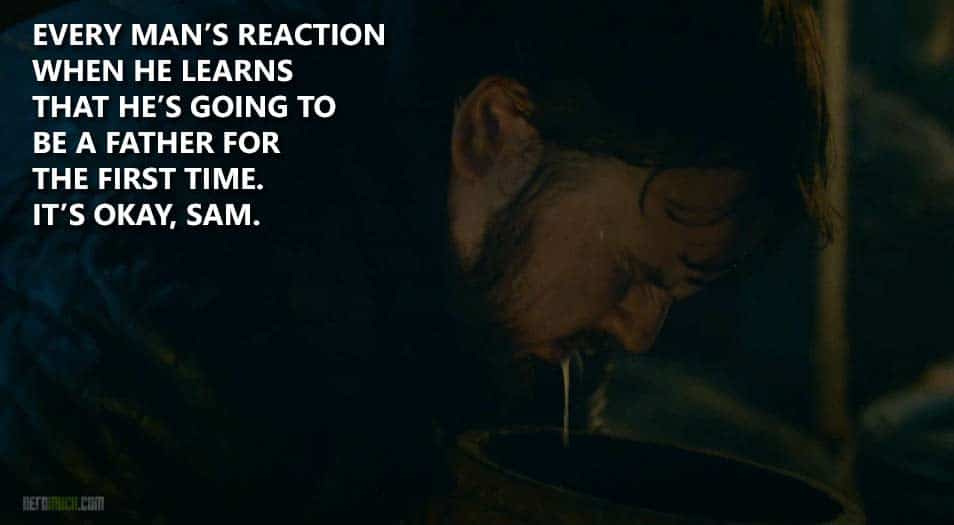 And, we’re given more backstory for Game of Thrones via Bran and the old man in the tree, with a tale about Bran’s father, Eddard Stark, and something to do with his sister Lyanna being held captive in a tower (the Tower of Joy). We don’t know what exactly happens to Lyanna just yet, but we are definitely beginning to believe the theory that she’s an important character to the overarching story in Game of Thrones. It was an interesting look into the past way before Bran’s existence, and our hope is that we’ll see more incredible battle scenes like the one between the Targaryen Kingsguard (Arthur Dayne for those keeping score at home) and four northmen (which was a solid action sequence). The scene is one of great importance, as we know from the books that it is just before the moment where Eddard finds his sister in pain and promises to take care of Jon as if he were his own son. 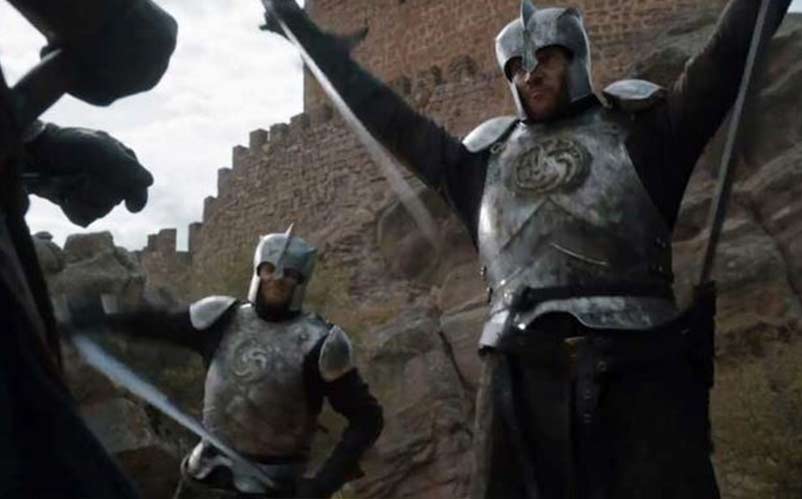 When the Three-Eyed Raven pulls Bran’s mind out of the past and back into the present, Bran is upset because he wants to learn the fate of his Aunt Lyanna (which, admittedly, I was just as upset as he was). After Bran tells the old that he doesn’t want to become like him, the old man responds that he has been waiting for Bran and that “[he] won’t be here forever; [he] won’t be an old man in a tree.” So, there’s that to chew on. What does the old man have in store for Bran?

We’re also given another update on Daenerys, whose story appears to be dragging on a bit, to be honest. Luckily, next week’s preview appears to show an episode focused on the Mother of Dragons, and possibly an attempt at her rescue. For now, there’s not much to say about her story, except that she was basically put in her place by the widow of another Khal.

We’re introduced to Valla, and with her introduction comes the most intimidating Varys that we’ve seen so far in the series. We’re not too sure exactly who Valla is, but, for some reason, I’m immediately interested in who she might be. According to Varys, she helped murder some of Daenerys’s soldiers. That’s all of the information we got from her, but judging by the fact that Varys got the knowledge he was after, it’s likely we’ll never hear from her again. Bummer.

In an amusing scene with Tyrion, Grey Worm, and Missandei, Tyrion tries to get the duo to loosen up. Of course, he tries to use drinking to do so, but they’re not having it. Party poopers, much? Still, it was a delightfully light moment in the series, which tends to be a little on the heavy side, does it not?

In Oathbreaker, we also learn that Arya has become a blind warrior of sorts, learning yet another lesson, and thus, because her lesson was learned, she was rewarded with her eyesight back. I’ll have to note that I’m a little disappointed that Arya got her eyesight back so quickly. Not that we don’t want the best for the dear young Stark, but it would have been interesting to see her blindness taken out into the world for another purpose (maybe to hunt down those on her list).

Rickon Stark and Osha also make their season 6 debuts, and unfortunately, we’ve discovered that dear Shaggydog has met a gruesome end. The significance of the scene lies in the fact that Rickon Stark is now in Winterfell, and we believe Jon Snow is on his way there (which we’ll get to in a moment).

Jon Snow hangs Alliser Thorne, Olly, and the other men of the Night’s Watch who stabbed him, and it obviously wasn’t an easy choice for Jon to make, as we could see the conflict in his eyes. However, it goes to show you that Jon is a strong leader. Following the hanging, Jon relinquishes his duties as the Lord Commander, and goes on to say that his watch has ended, and he storms off to end the episode.

So, the big question of the night is where do we think Jon Snow is going now? Why has he decided to leave the Night’s Watch? Our theory is that he’s going to go back to Winterfell and take back what was his family’s. But the real question becomes what happens with the Wildlings? Does Mance Rayder follow suit behind Jon and have his people help Jon battle for Winterfell? This sounds like the most likely scenario, and one that we hope will come into fruition soon. I’ll also note that he’ll likely go on the hunt for his sisters and brother as well once he learns that they’re not in Winterfell any longer. And, since Rickon and Osha are now in Winterfell and know the general whereabouts of Bran.