Game of Thrones: Who Would You Choose to Fight For You in Trial By Combat? 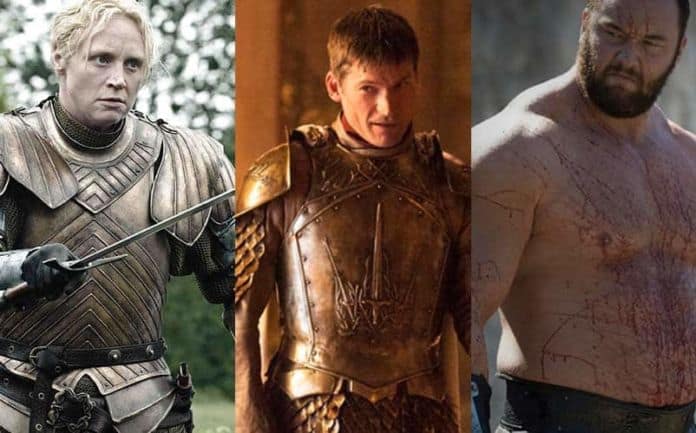 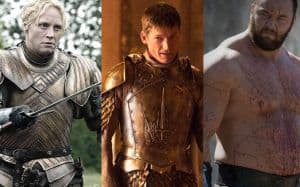 With the Game of Thrones: Season 5 Blu-Ray finally releasing soon (March 15th for those keeping score at home), we’ve begun looking back at all of the craziness of Season 5. And before we dig back into binge-watching it all over again before the Season 6 premiere, we wanted to look at the warriors of Westeros who remain alive, in the case that we’d need someone to defend our honor in trial by combat.

There are still quite a few fierce knights and sellswords alive in the fantasy series, and our in-office debates about who is the best warrior of them all are getting more and more heated as Season 6 draws near. So, let’s let our readers settle this: Of those still alive in the TV series, who would you choose to fight for YOU in trial by combat?

See Also: Everything You Need to Know About Game of Thrones Season 6 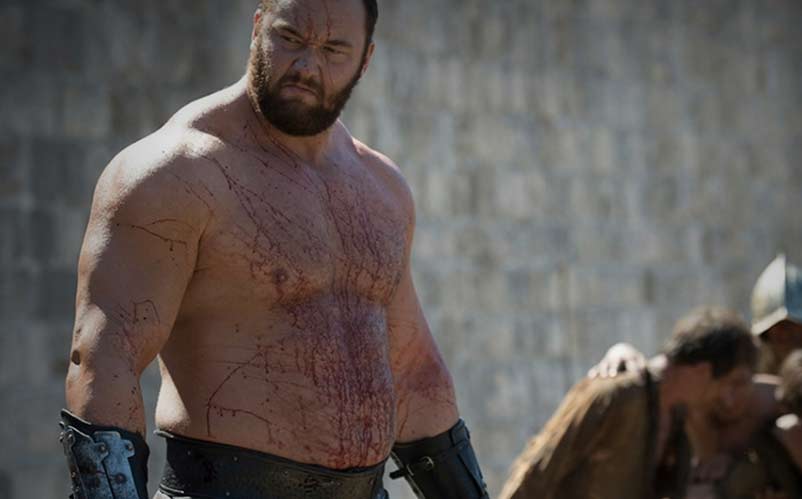 Easily the biggest of the warriors still alive, Gregor Clegane is far from a pushover. He is unapologetically brutal, doing numerous unspeakable acts in his lifetime, including holding brother Sandor’s face to fire when they were children and smashing in a certain prince’s face in Season 5. And although HBO didn’t come right out and say it, we’re pretty sure he’s the very tall knight in gold armor who is awaiting Cersei after her Walk of Atonement at the end of last season. He’s already proven himself in battle once, and when you mix that with his absolutely beastly body type, he’s a heavy favorite to fight for us in combat. 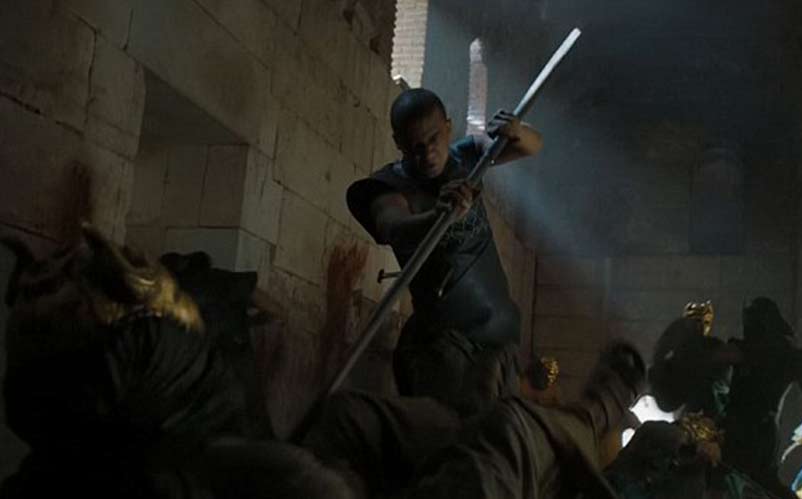 It’s undeniable that Grey Worm, the commander of the Unsullied, is a skilled fighter. What he lacks in size, he makes up for in quickness and unadulterated fighting skill. Now, he spends his time as the advisor to Daenerys Targaryen, defending her with every fiber of his being. Of course, since he was wounded during the resistance movement by the Sons of Harpy, he might not be at 100%. Still, an injured Grey Worm is probably a better fighter than the majority of the so-called fighters in Westeros. 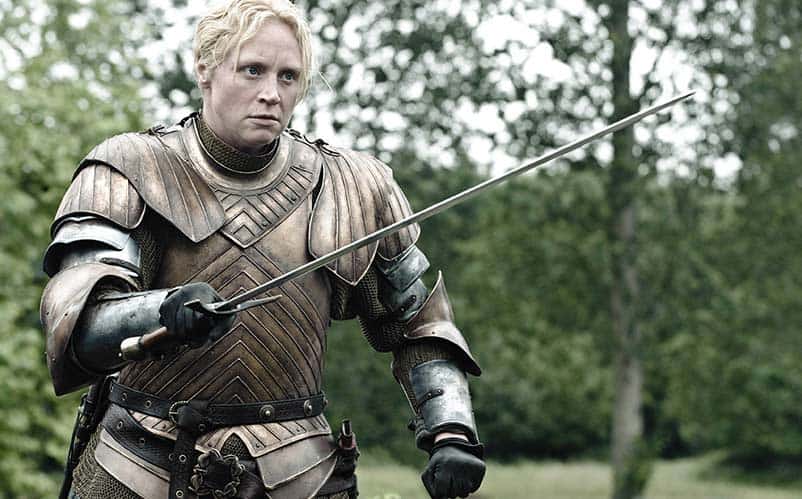 When she’s not playing a Stormtrooper Commander in Star Wars, Gwendoline Christie portrays the honorable Brienne of Tarth, the most powerful female warrior in Westeros. She’s undeniably made a name for herself, fighting in the War of the Five Kings, escorting Jaime Lannister to King’s Landing, defeating the Hound in battle, and getting vengeance on Stannis Baratheon. She appears to be the most well-rounded fighter on this list, and she’ll fight most honorably in your name. We also consider her in the top 3 best fighters in Westeros. 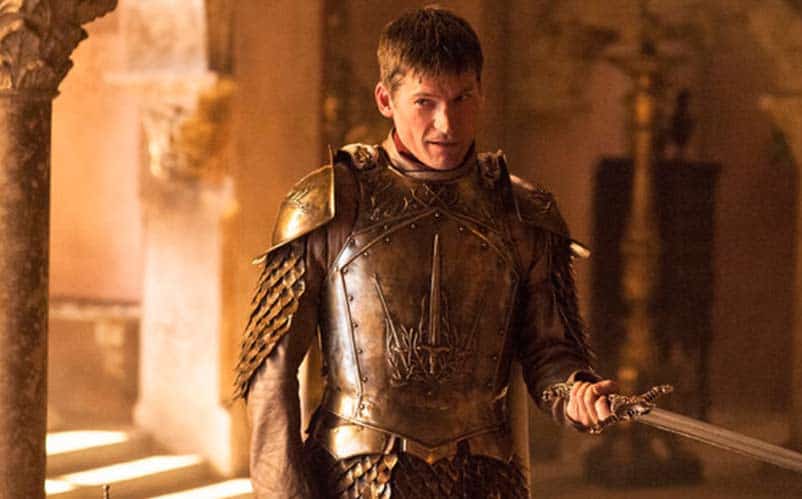 The Kingslayer Jaime Lannister was an impressive knight in his day, fighting for King’s Landing. But now that he only has one-handed, we question his ability to take on multiple enemies at once. Luckily, in trial by combat, he’d only be taking on one enemy. We’ve already seen him be successful in sword fights in his current condition, but we’re not sure how he’d fare against a bigger opponent. 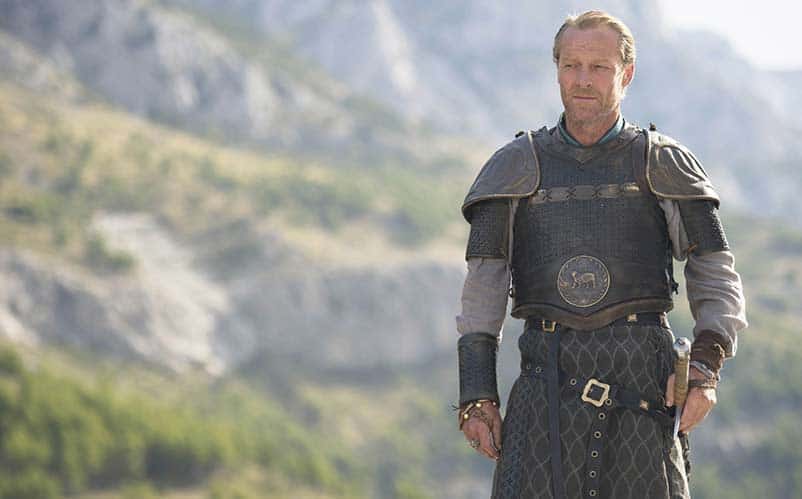 We’d hate to rule Ser Jorah Mormont out of the running because of his age, because as he proves in Season 5, he’s still quite the formidable fighter. After bringing Tyrion Lannister to Daenerys in an effort to win back her approval, he’s seen in numerous stand-offs, even helping The Mother of Dragons survive towards the end of the season. What he might lack in youthfulness and agility, he’ll make up for with heart and experience, which is why he’s in the running to fight for us in trial by combat. 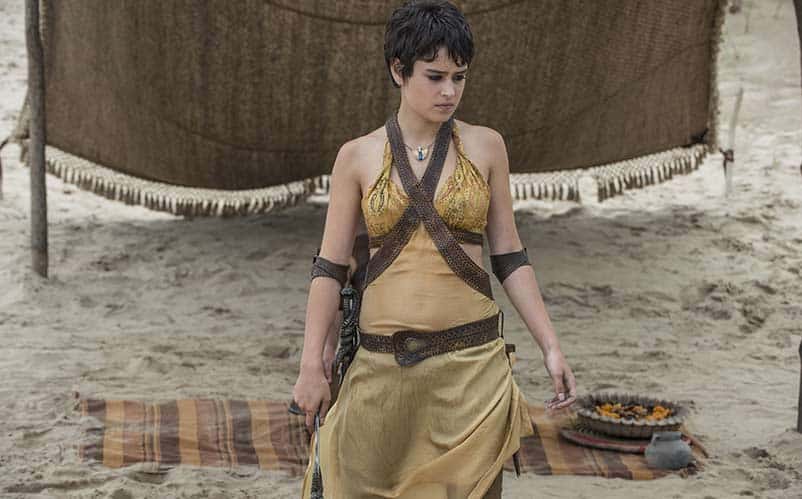 You might not even know Tyene Sand by name, but you definitely will remember her from season 5. She’s the foul-mouthed seductress assassin who just so happens to be one of the daughters of Prince Oberyn Martell. She fights using a pair of daggers, but she has a knack for poisons as well (including those undetectable to the naked eye). She’s known to coat her blades with poisons as to make her weapons as lethal as possible. Although her size could possibly hinder her potential success in one on one combat, her speed and skill with blades is unmatched.

Who would you choose to fight for you in trial by combat? Sound off in the comments below, and stay tuned to Nerd Much’s official twitter this week for a Game of Thrones Season 5 Blu-Ray giveaway.