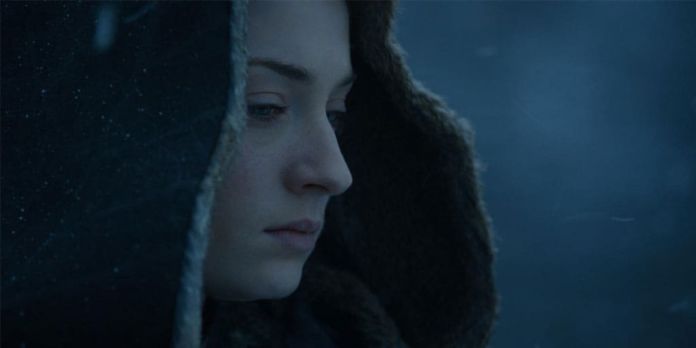 After years of watching and rewatching HBO’s Game of Thrones, reading George R. R. Martin’s ASOIAF series and companion novels, searching the internet for episode recaps and endless fan theories, trying to find the perfect braided blonde Targaryen wig, etc., the fine folks at Nerd Much? have invited me to write theories and recaps about the citizens of Westeros. I’m also super pumped to be writing my first recap about this eighty-five minute episode in particular, which had me cheering, crying, pacing, and screaming.

*The rest is dark and filled with spoilers* 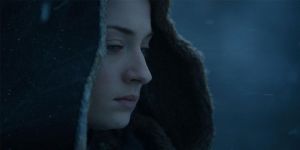 So let’s get started on this week’s Season 7 finale, “The Dragon and the Wolf”, which appeared to be most obviously a reference to our new favorite unknowingly incestuous couple to ship, Jon Snow and Daenerys Targaryen.

However, we learned later that the title also refers to the marriage of Jon Snow’s true parents, Lyanna Stark (wolf) and Rhaegar Targaryen (dragon). But more on that later.

When we left off last week, we barely had enough time to mourn the loss of one of the most underrated characters on the show (VISERION DESERVED BETTER!!) before being shocked and appalled as the Night King used Viserion’s corpse to create his own wight/ice dragon.

Meanwhile, somewhere in the ocean, Jon finally bends the metaphorical knee to his dragon queen, and the two hold hands and share a longing stare (gahhh, you guyyysss!!!!!). Back in Winterfell, we saw Sansa and Arya face off (pun intended) over a scroll that Sansa was forced to write by Cersei back in season one.

The episode begins with pretty much every character on the show (save the Stark girls) meeting in an abandoned Colosseum from the Targaryen days in King’s Landing known as the Dragon Pit. I was sort of hoping we’d get a shout out to Pompeii and get a shot of Jon Snow’s abs, but no such luck.

All of Dany’s posse arrives and waits for Cersei, who comes out to greet them with her guards all clad in black, looking like they came straight from shooting a late-eighties medieval themed heavy metal video. The mother of dragons stayed behind to finish getting ready, and took a red eye Drogon flight to arrive fashionably late- a clear power play at Cersei. Sorry, not sorry. 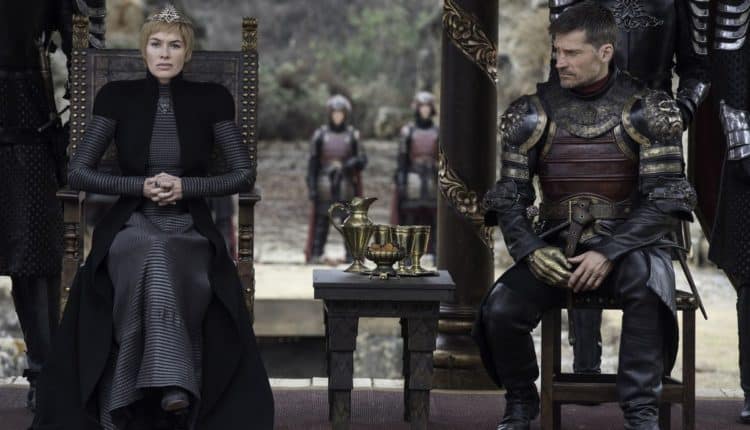 The next scene was basically a super tense episode of Shark Tank (Stark Tank!) in which every sensible character in the arena tries to “sell” Cersei on the idea that maybe surviving the zombie apocalypse should be a priority. Cerc is not buying it, and no one is surprised except for Jaime, who genuinely believed that Cersei was willing to send her armies North to fight alongside their enemies.

Where we left off with Jaime in the books, he’d had about enough of Cersei’s garbage, but the show version of Jaime seems to have been slow to the punch and has stayed by her side through an array of horrible and destructive decisions. Tonight is really the first time that we start to see Jaime seeing Cersei for who she truly is, and leaving her to fulfill the oath they promised to Daenerys, Jon, and Tyrion.

Cersei mentioned her pregnancy a few times this episode, and it is still very possible that her pregnancy is a ploy to manipulate Jaime and Tyrion. Back in the season five premiere, we saw a flashback of young Cersei meeting with a fortune teller from Lannisport named Maggy the Frog, who told her “Six-and-ten for him, and three for you. Gold shall be their crowns and gold their shrouds. And when your tears have drowned you, the valonqar shall wrap his hands about your pale white throat and choke the life from you,” when she asked whether she and the King would have children.

Cersei has already had and lost three children by Jaime, so if prophecy is correct she will not have another. The valonqar bit is important here too, as it is High Valyrian for “little brother,” and now she has two younger brothers on her bad side. Things are not going great for the killer queen.

Speaking of prophecies and pregnancies, we got another scene in King’s Landing in which Dany tells Jon that she cannot have children and that her family line will die when she does. Jon Snow is not buying it, and neither are we, since Jon himself is a Targaryen, and this whole season has been foreshadowing an offspring between the two of them. The blood of the dragon will live on!

After half a season of Sansa and Arya bickering at Winterfell after being manipulated by Littlefinger, tonight showed justice being served. Fans were understandably upset that after watching Arya and Sansa grow for years, kill off their childish naivete (symbolized by the death and disappearance of their pet direwolves), and become stronger and smarter- we got stuck watching them fall into the childish and sexist “catfight” trope. 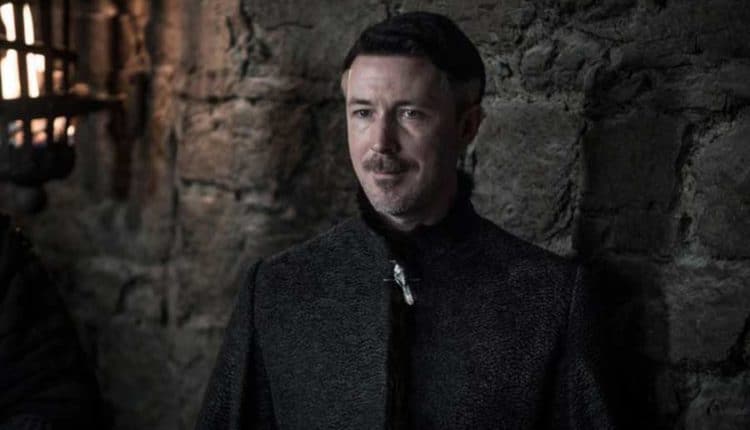 We were right to believe in them. Arya and Sansa, with the help of Bran (who is basically The Giver) were actually the ones playing Littlefinger the whole time, and tricked him into attending and planning his own execution.

Petyr Baelish was the reason for all of the suffering of their house, and winter came for his ass. We hear the words of Ned Stark echoed once again, just as Sansa and Jon shared them in episode one. When winter comes, the lone wolf dies, but the pack survives.

Arguably the least interesting part of this episode was Theon’s all-too-long redemption ark. He approaches Jon at Dragonstone and says “I was just trying to be brave like you!” in his best Simba voice. Not really, but pretty much. Jon has somehow become the best pep-talker of this season, and should probably have his own Ted Talk.

About five minutes after chatting with Jon about how he is “both Greyjoy and Stark,” Theon tries to talk his remaining ironborn into trying to save his sister. They would rather rape and pillage, so fighting ensues.

Honestly, this is the only fist fight I paid HBO to watch this week, so no regrets there. Theon wins, and everyone vows to go save their queen.

The Dragon and The Wolf

Easily the most important sequence of the show thus far-

Samwell Tarly arrives in Winterfell to help Jon fight the white walkers. He meets with Bran, and with no time for small talk, Bran shares with Sam that Jon is the bastard son of Rhaegar Targaryen and Lyanna Stark. Although this was hinted at several times, this is the first time we have had verbal confirmation of R+L=J.

Sam apparently was actually listening through his mansplaining to Gilly back at the Citadel, and shared with Bran that Lyanna and Rhaegar were secretly married. I don’t understand how Bran didn’t know this already since he knows everything, but okay.

Bran takes us to the tree where they were married, and we see a young man who looks a lot like Dany’s other brother, Viserys, and an absolutely beautiful and cheerful Lyanna Stark clad in a light blue wedding dress (which could definitely be a tie to the “blue winter rose” that is continuously a symbol in the books for Lyanna, Jon Snow, and fertility…could this also be another clue foreshadowing a Jon/Daenerys baby???) Bran shares that Jon Snow is the rightful heir to the iron throne, and we learn that his real name is Aegon Targaryen.

Back in the present, we see Jon nervously knocking on Dany’s door. She answers with a smile, and it becomes very clear why she chose to sail along with Jon instead of flying her dragons to Winterfell. 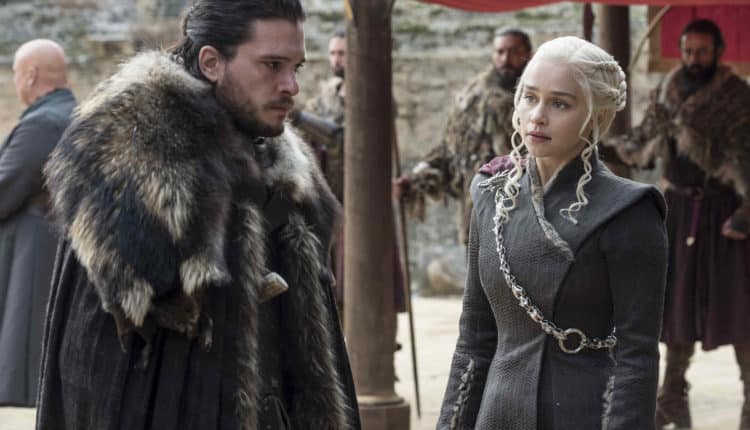 Tyrion waits creepily in the hallway and listens. He had to have seen this one coming. Then we see Dany and Jon Snow together and everything was beautiful and nothing hurt. I have waited so long for this and it’s all I’m going to talk about for the next two years.

This scene was a huge one for Jon, but it’s a big moment for Daenerys too. Throughout this season, we’ve seen a more guarded dragon queen than we’ve seen in previous seasons. We saw this for the first time in last season’s finale when she said goodbye to her lover, Daario.

Dany recognizes that she has a responsibility to her followers and could not make the same mistakes she did in Essos. She was colder and more calculated, and consistently on the defensive. We saw her become a little more vulnerable with Jon Snow at the end of last episode, openly crying in front of him as he pledged allegiance to her. In this episode she is able to truly let him in,and to embrace him as an equal. I’m not crying, you’re crying.

It’s also interesting to hear that Jon’s real name is Aegon! The first Aegon we hear of is Aegon the Conqueror, who conquered the seven kingdoms with his dragons and two sisters/wives. Could this be a hint toward Jon’s destiny as a dragon rider?

Aegon was also the name of the father of the Mad King, the main character in George R. R. Martin’s Tales of Dunk and Egg companion novels, and the brother of Maester Aemon. Another Aegon is also a possible third Targaryen in A Dance With Dragons, the son of Rhaegar Targaryen and Elia Martell.

It will be interesting to see whether the show creators merge the(f)Aegon plot with Jon Snow as they did with the Jeyne Poole/Sansa storyline in Winterfell, or whether the name is a matter of coincidence.

All the good feels were destroyed almost instantly by an army of undead approaching the wall. We hear a screech, and ICErion arrives with a tattered wing and bright blue eyes, ridden by the Lord Coldemort himself.

The Night King has officially been confirmed as the third dragon rider, and its terrifying. The internet had speculated whether the ice dragon would breathe fire like his living counterparts, or breathe ice like the dragon in George R.R. Martin’s 1980 children’s book, The Ice Dragon. This is still unclear, as he seems to breathe evil blue demon fire, but whatever he breathes easily takes down the wall in its entirety. So long wall, so long Night’s Watch. So long Tormund. In the words of Tyrion earlier this episode, “We’re F*cked.”

Even worse than that final scene is the realization that we won’t have another episode now for at least a year, maybe two. Stay tuned to Nerd Much? for more GOT related content in the meantime to hold you over.