Game of Thrones: The Door Review 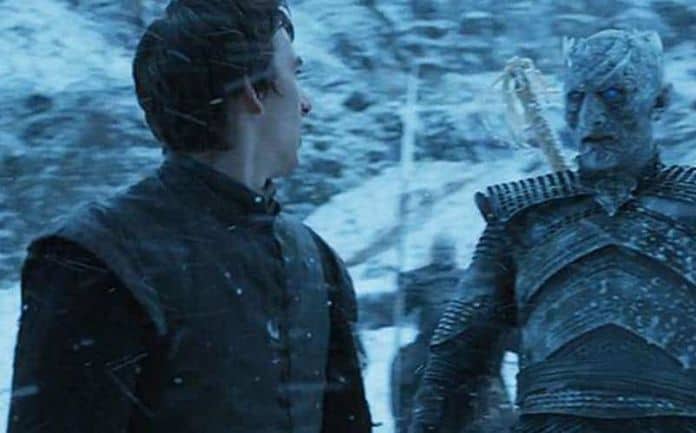 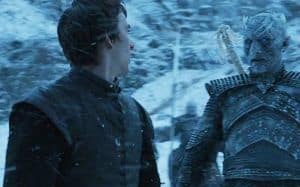 **Our Game of Thrones The Door review is dark and filled with spoilers. Watch first, read second, discuss in the comments third.**

The newest episode of Game of Thrones sixth season is, yet again, filled with moments that need to be unpacked. The episode, titled The Door, is the best episode of the season so far, as it gives us not only many new questions for the wonderful world of Westeros, but the answer to one of our burning questions: how did Hodor become what he is today?

First, we’ll start with Littlefinger arranging a secret meeting with Sansa, and then proceeding to beg for his life. Sure, we expected Sansa to entirely dismiss Littlefinger’s existence for the rest of her life after the awful things he has put her through, but the scene did have one interesting element worth discussing. At the very end of the scene, as Littlefinger was leaving, he basically noted that Jon was Sansa’s half brother, and her real brother has an army now. That begs the question, does Littlefinger know who Jon’s real mother is, or is he only suggesting that we DON’T know, so it could be anyone, questioning Jon’s allegiance? It created an interesting thought — admittedly an interesting thought that I doubt would ever come into fruition — about what if Jon’s mother aligns him with someone that goes against the Stark name? What if he’s made to choose between the Starks and whoever his mother’s house is in the impending war? I don’t see Jon ever going against the Starks, but if this series has taught us anything, it’s to never trust your initial judgment.

As a side note of sorts, I want someone to look at me like Tormund looks at Brienne.

Following Littlefinger and Sansa’s meetup, we’re brought to Arya, who is given a second chance to prove her worth. She’s assigned a new target to kill, and interestingly enough, it’s an actress in a play about her father’s beheading. It causes Arya to question her target and why someone wants her dead. But, to be honest, it all feels like time filler at this point. It’s probably the case that Arya’s current predicament will have a big payoff in the future, and it’s probably serving as build-up to a big Arya moment. But, for now, I’m entirely bored with her working for the man with no name.

We were also given an update on the Greyjoy family, with Theon attempting to help his sister become queen of the Iron Islands. The speech given by Theon was impassioned, and it put color back into Theon’s character. (Look at me, for example, I’m no longer calling him Reek). Unfortunately, Uncle Greyjoy swooped in to claim his kingdom, winning over the iron born men by detailing his plans to wife-up Daenerys by promising her a massive army to concur Westeros with. During Euron’s inauguration, Theon and Yara flee the islands to stay alive, taking a massive fleet along with them. And, of course, Euron promises to murder them, as is the common way of things in Game of Thrones. 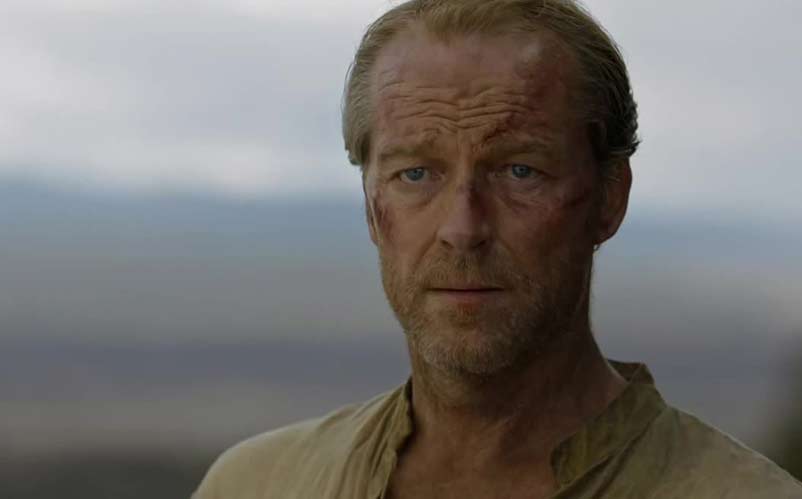 Following the Greyjoy update, we find Daenerys and Jorah, with the Queen of Dragons telling Jorah he basically has no chill. When Jorah reveals his illness, her tune changes a bit, and she orders him to find a cure and return to her when he does. I have a feeling this isn’t the last that we’re going to see of Jorah, and it’s likely the case that he’ll come back into the season in the later episodes to save the day. Although, as noted above, never trust your initial judgment when it comes to Game of Thrones.

Tonight’s episode was filled with great scenes, and one of my favorite moments of the series so far came with the fear that was injected into Varys’s face, as the new red priestess detailed the night that he became what he is today. The look of terror on the Spider’s face was unforgettable, and kudos to Conleth Hill for the scene.

And then, that brings us to Bran, Hodor, Meera, the white walkers, and the scene that has social media fired up as I’m writing this: Hodor’s probable death. It all starts with Bran seeing a massive army of white walkers in his vision, and then the Night King reaching out and touching him. According to the man in the tree, the mark left on Bran’s arm serves as a tracker. As they’re all scurrying out of the cave, they’re met with a massive army of frozen zombies and the Night King. This action-packed scene led to the death of Bran’s direwolf, Summer, as well as the alluded death of Game of Thrones fan favorite, Hodor.

But it doesn’t feel like as much of a cheap death scene like it sounds. Hodor’s death was given meaning, as we learned how he came to frequently say “Hodor” repeatedly. It was a sad and powerful moment that’s surely going to be the water cooler topic in the morning, as Hodor came to say “Hodor” due to Bran’s time traveling in his visions and worging into Hodor in the present. This caused Hodor in the past to convulse, repeating “hold the door” until it eventually became just “hodor.” Also, I’ll note that, sure, it looks like Hodor died in the episode, but we don’t see his body. And if the series has taught us anything, it’s to never trust your initial judgment. So, we’re left wondering if Hodor is really dead?

Share your thoughts in the comments. We’d love to hear our reader’s review of tonight’s episode.