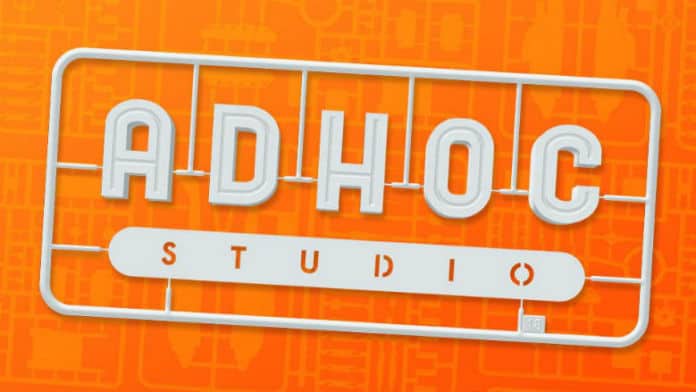 Dennis Lenart and Nick Herman, former creative directors at Telltale Games, as well as the studio’s director of writing, Pierre Shorette, departed the company in February 2017 to go out and make something of their own. After a potential project with Ubisoft fell through, the trio joined forces with another former Telltale employee in Michael Choung to form the new team which they’ve entitled Adhoc Studio.

The group had tired of the crunch at Telltale and the company’s inability to react quick to good ideas. It apparently took Telltale years to go through with their partnership with Netflix to get the streaming service’s Minecraft: Story Mode game off the ground. And as Dennis Lenart says, “Having to pitch something that ultimately fifty people need to understand and approve means a lot of the more adventurous or risky ideas often die early on for a bunch of different reasons. We liked the idea that if it was just the four of us, we’d be able to more confidently wade into unfamiliar water.”

Thus, the grouping finally found each other with the right timing to come together and form Adhoc Studios. The team is looking future forward with their potential IPs. Pierre Shorette stated that “It feels like we’re at the precipice of a big shift in how we consume media where the lines between film, television and games are starting to blur.”

Shorette continued, saying “With streaming platforms in our homes and cell phones in our pockets we’re in this unique time where the barrier to entry to interaction is gone. So as a group of people whose expertise and experience has come from making Interactive Narrative that sits in that space between, we feel now is the perfect time to form a studio that focuses on creating content for a new space.”

It sounds like Shorette and his partners are looking to fill the void that Telltale Games has left behind in interactive storytelling. A void that looks to remain mostly barren following Skybound Games’ publishes the last episode of The Walking Dead: The Final Season in the coming weeks.

But Adhoc Studios remains mum as to what they’re currently working on. But their interview with Variety seems to hint that it could possibly be a live-action, interactive experience akin to Netflix’s Black Mirror: Bandersnatch. Here’s Shorette teasing where the team’s possible interests may lie:

“Making interactive experiences with real actors on the screen is something we’ve always talked about. We all have backgrounds and interest in film and television, so combining that with our experience in games is something we’re exploring right now.

Bandersnatch seems to have scratched an itch that people didn’t quite know that they had. That’s really exciting, and what we want to do is to make clear that live-action interactive isn’t a novelty, it’s unexplored territory  that can be both creatively and commercially viable. For that we’re really excited about what we’re doing, and who we’re working with and that’s a hint at a project that we’ll have more to say about in the near future.”

Teases or not, Adhoc Studios flat out confirmed that in the games they develop, they want a player’s choice to matter. Nick Herman said just that, explaining “Most of our conversations center around maximizing the dramatic potential of those kinds of moments, while making sure people still feel agency and responsibility over what’s going on.”

Hopefully Telltale’s fans of old will have something to look forward to in Adhoc Studios’ upcoming project. Whatever game – or experience – that turns out to be.