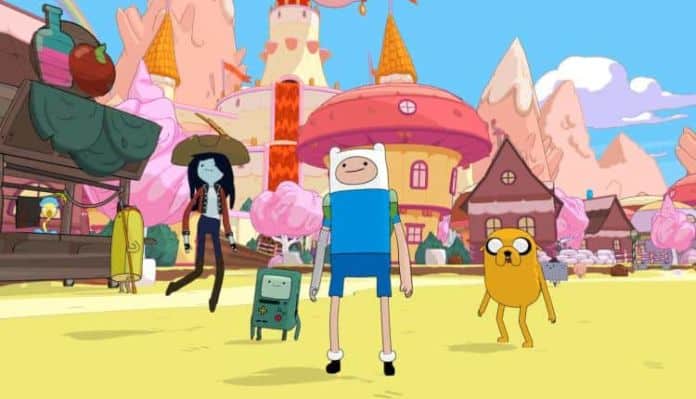 Publishers Ouright Games and developers Climax Studios have announced Adventure Time: Pirates of the Enchiridion. This game will be coming in the spring of 2018 for the PS4, Xbox One, Nintendo Switch, 3DS, and PC.

This is an open world game where you can explore the Land of Ooo more or less freely with the help of your boat. The adventure in this case begins when the Land of Ooo suddenly slips underwater. It’s up to Finn and Jake to find out why and explore the uncharted waters with BMO and Marceline too. Each of these characters are entirely playable.

Some of the main features of Pirates of the Enchiridion is the ability to set sail and visit between familiar kingdoms, tactical combat, and a completely original Adventure Time story. Tactical combat is not elaborated upon, but we can assume that means it will turn-based. In addition, you can interrogate other characters for clues, just like a real pirate would. Though you’ll meet real pirates too, so you’d best stay on your toes.

You’ll also be able to upgrade each of the heroes with the use of certain items, spells, and potions. Each hero, of course, has a special ability that can be used during combat to win the fight.

What really puts the cherry on top of this Adventure Time cake, is that all of the original show’s cast will be voicing their respective characters for the game too.

The boat that the team of heroes will be using to traverse deep waters, could be named by you! Outright Games is holding a Name Our Boat competition starting today, December 15, 2017. Click the link below and send off your submission. They’ll need it in by January 2, 2018.

At such a point, the studio will pick out their top four and post them in a poll on Facebook. This poll will be held from January 5 to 10 to give fans plenty of time to vote on their favorite. Whoever wins, of course, will be featured in the game!