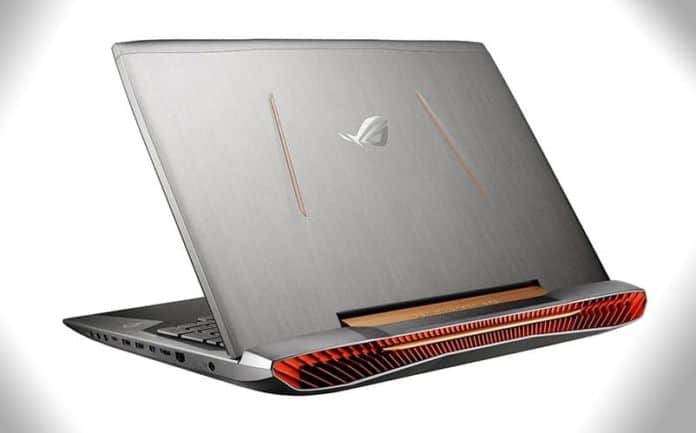 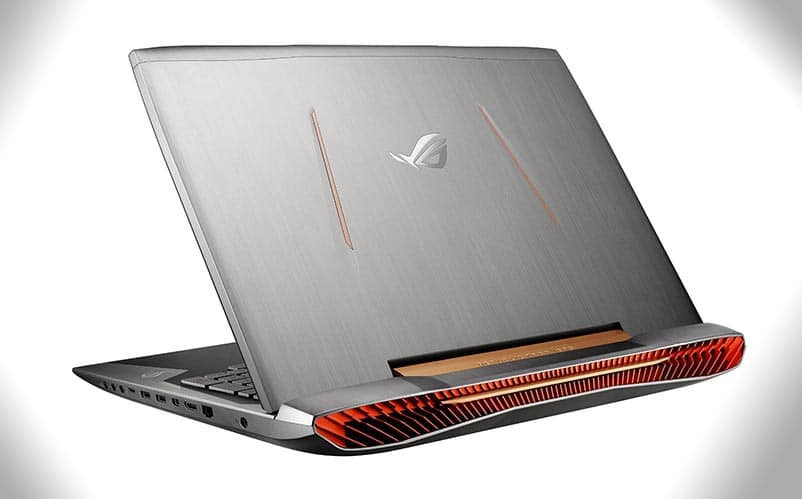 There’s no denying that VR is the new hotness. Now, ASUS Republic of Gamers has jumped onto the bandwagon by releasing their newest gaming rig, a VR gaming notebook that has all the power to run the intensive virtual reality games.

The ASUS ROG G752VS contains the impressive new NVIDIA GeForce GTX 1070 8GB GDDR5 graphics card, as well as a 17.3″ Full HD G-SYNC display that offers an impressive 178° viewing angle. It’s powered by the Intel Skylake Core i7-6700HQ Quad-Core (2.6GHz-3.5GHz) processor, and it comes standard with 32GB Overlocked DDR4 RAM at 2400MHz. It also has a 256GB PCIe SSD, as well as a 1TB HDD. It has dedicated cooling with the use of 3D vapor chambers, with hot air exhausting out the back of the chassis to keep the unit cool and your games running smoothly. The ASUS ROG G752VS also has a thunderbolt III, a mini display port, HDMI 2.0 port, and 802.11ac Wifi 2×2.

I’ll also note that the OC edition is one of ASUS’s best-looking products, as it’s coated with a silver/titanium tone with red-orange vents in the back that give it an aggressive look.

There is also a higher-tier edition that comes with 64GB of RAM and 512GB SSD for $600 more, but no one man should have all that power.

Of course, all of these top-of-the-line specs means a top-tier price, as the 32GB edition is available now to order for $2,399. Apparently, it’s worth it, according to the reviews. Laptopmag’s editor Sam Rutherford notes that it “offers better gaming performance than last-gen systems for hundreds less”, while Digital Trends notes that it’s “the fastest gaming laptop [they’ve] tested”. Good marks all around.

For all of the cool nerdy stuff you probably shouldn’t buy because you have rent to pay, stay tuned to Nerdmuch.com. You can also follow us on Twitter to stay up to date.