Battlerite: The Perfect MOBA Game for Those Who Hate MOBAS 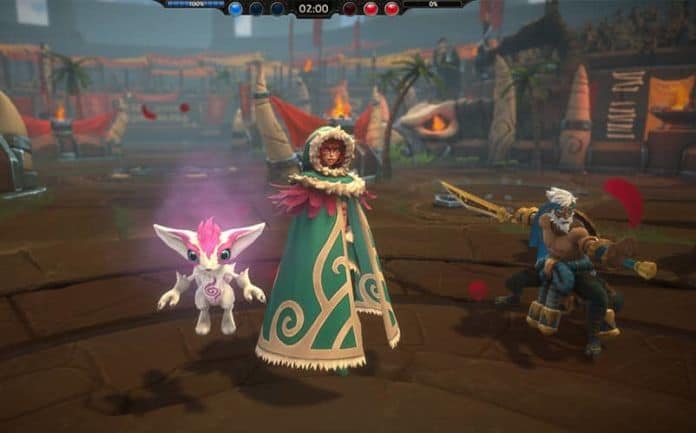 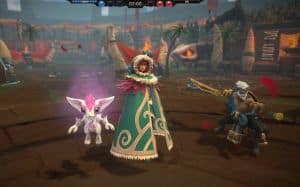 In fact, I’m not even comfortable calling it a MOBA, really.

One of the things that I’ve always disliked about the MOBA genre is that the games in it aren’t necessarily focused on killing, but instead, killing to capture particular points on a map. That’s not to say that I didn’t love League of Legends or DOTA 2 when they first came out (I did — I spent extensive time in both) but I’ve always hated having objectives. As a person who loves multiplayer games that are solely focused on beating the crap out of another team with no other goals in sight, Battlerite is the perfect game.

For those who have yet to pick up Battlerite, it’s a top-down arena battle game that tasks teams with destroying the opposing team as quickly as possible. For now, there are a few game modes available, including 2v2 matches, 3v3 matches, and matches against A.I. There are also private matches available, as well as a training mode and tutorial. It appears to play like LoL at first glance, but without the capture objectives. It’s blowing up on STEAM, and after getting our hands on it this weekend, we can see why.

It’s currently blowing up on STEAM, becoming the store’s top-seller over the weekend, and after getting our hands on it this weekend, we can see why. 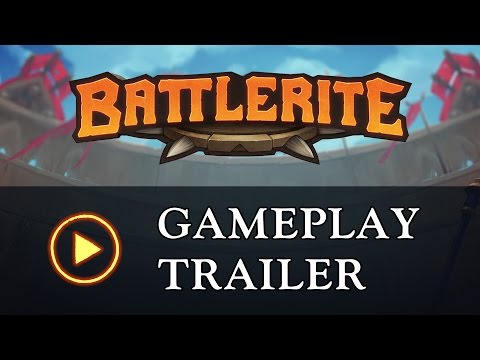 It checks a lot of the boxes that MOBAs typically do: it can be incredibly competitive, teamwork is required for success, there are numerous characters with cool designs and abilities, and there are plenty of people playing it, meaning you can hop right into a match without any wait. There also isn’t any sort of lobby or voice chat with the other team, so you don’t have to hear some kid make jokes about sleeping with your mother last night before every match; the trash-talking is limited to text chat, and so far at least, there doesn’t seem to be much of it. Battlerite also has a low barrier to entry, as every ability that your character has includes a description of that ability and how much damage (or healing) it does. Its required minimum PC specifications are laughable by today’s gaming standards (a dual core 2.8GHz cpu and an Intel HD 3000). What’s more, each match takes no more than 15 minutes each, meaning you can hop on for a match without having to “dig in”, so-to-speak.

But what’s best about Battlerite is that there are no other objectives aside from killing the opposing team. There’s still strategy and skill involved, but it’s not about finding or attacking the right lanes. Instead, the strategy lies in your character selection, how you use your talents, and determining what order to kill your opponents in. Finding the correct order requires knowledge of the characters prior to each match, but once you learn what each of the 15 character’s abilities are (ranged damage, melee, incoming damage reduction, or heals), you’ll quickly be able to identify the biggest threat. Corroborating the kill order with your team is essential for victory, because if you’re each individually trying to burn a different opposing player, it’s much more likely that the opposing team will be victorious. 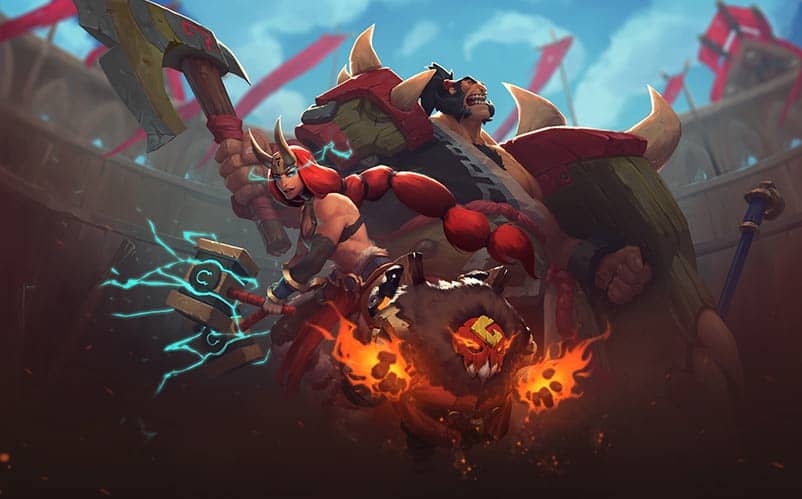 Even Overwatch has objectives, and that’s not a knock on Blizzard’s latest by any means, but my point is that Battlerite is able to carve out its own sort of niche in the now crowded genre. Although, at first glance, Battlerite might look like a generic game because of its cartooney graphics and top-down viewpoint that we’ve seen in so many MOBA games over the past few years, it’s a deep experience that you won’t be able to stop thinking about.

It’s not clear whether or not Battlerite is a MOBA or not, as when people typically think of MOBAs they think about LoL and Heroes of the Storm‘s style of gameplay. But while we can’t all agree on whether or not it’s actually defined as a MOBA, we can all agree that it’s a hell of a lot of fun.

Liz and I jumped into the game this past Friday night (and streamed our gameplay with Beam). We started playing at 8PM, and before we knew it, it was midnight and we hadn’t even taken a break. Battlerite has that kind of addictive quality to it, where you just want to play one more game (and before you know it, you’ve played 10 more).

After just our first weekend with the game, I’ve already begun crafting our Battlerite wishlist of things we’d like to see in the game, including more characters, more maps, and more modes. We’ll get into specifics another day, but for now, if you haven’t checked out Battlerite just yet, you should definitely check it out on Steam.