Battlerite Royale is Free to Play This Week 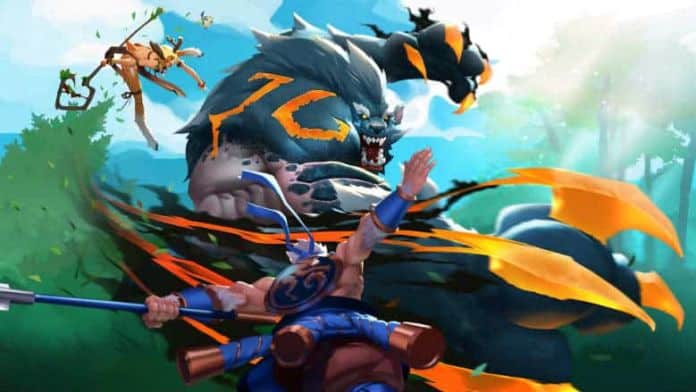 Stunlock Studios has announced that it’s cheaper than ever to hop into their MOBA themed battle royale title, Battlerite Royale. Coinciding with Steam’s Midweek Madness Sale, the developers will allow players to give Battlerite Royal a try for free beginning tomorrow until Friday, November 2nd.

Battlerite Royale typically retails for $19.99. But the game will also take part in the Steam Midweek Madness Sale and list at 30% off. That should put the MOBA battle royale down to around $14. If you aren’t familiar with the game, here is how the developers at Stunlock Studio describe their twist on battle royale:

“In Battlerite Royale players skydive from the back of a wyvern and land on Talon Island to explore the lush and colorful surroundings, stumbling upon a variety of items and intriguing consumables such as barrel disques, rocket boots, and bear traps. During fast-paced, cutthroat matches players rely on vigilance and quick wits, utilizing treasured collectibles to overthrow opposing players, grab their loot, and ultimately be the last one standing.”

The game just released about a month ago, but things seem to be running smoothly at Stunlock. The studio announced the first in-game event for Battlerite Royale. It’s Halloween themed, of course. They’re calling it Curse of the Night and it will run up until November 7th.

Curse of the Night introduces the new The Haunted Keep map. And players can take a risk with the game’s Trick or Treat Shrines. These shrines offer random buffs and debuffs to all those trick or treating virtually. Stunlock says that whether you’re playing Battlerite or Battlerite Royale, “players can expect a spooky Halloween packed with event quests, unique Halloween weapons for all champions, creepy avatars, mounts, and three brand new legendary outfits.”

If you’ve been on the fence as to whether Battlerite Royale was right for you, it won’t get any cheaper free. Head to Steam tomorrow to download the game and give it a whirl.