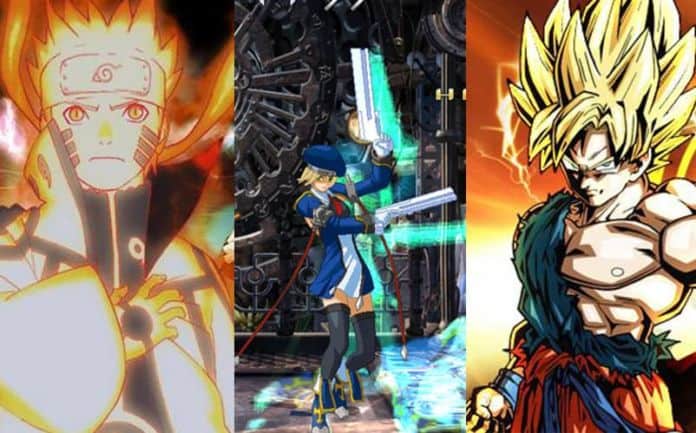 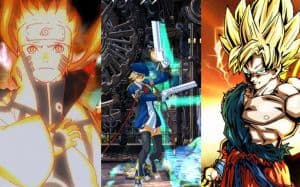 Fighting games, a unique genre of gaming that can either make or break a friendship, have had a long history in the gaming industry. These types of games feature a cast of characters with different move sets and attributes that encourage players to face off against one another until only one can be crowned the victor of the match.

Unlike many action or hack n’ slash games with similar controls, fighting games usually have very short rounds between two fighters, usually within a set time limit. Most gamers are aware of some of the most popular fighting game series such as Mortal Kombat, Injustice, and Super Smash Bros. However, some games, especially those originating in Japan, have a distinct style to them and are meant for fans of various anime and manga series.

Below is a list of the top eleven best anime fighting games and series that have been great additions to the genre, appealing to both niche and larger audiences.

There are also a couple of new anime fighting games coming in 2018, so see what’s on the horizon.

The fact that Naruto, one of, if not the most popular anime series of today, has a fighting game isn’t that surprising. Extremely popular anime series often have an array of spin-off games . The anime itself follows Naruto, a young ninja on his quest to become the Hokage, the leader of his village. As a series that highlights the lives of ninjas, a fighting game seems to fit in quite well with the Naruto franchise. What’s unique about this game series is that the newer titles have over 100 playable characters to choose from, offering one of the most extensive rosters for a fighting game. It also appeals to children and adults alike, making it a very approachable fighting game title for those who are new to the genre. The varying angles also make it unique from regular 2D fighters. Despite if you’re a fan of the long-running Naruto series or not, the Shippuden series is definitely worth a try. 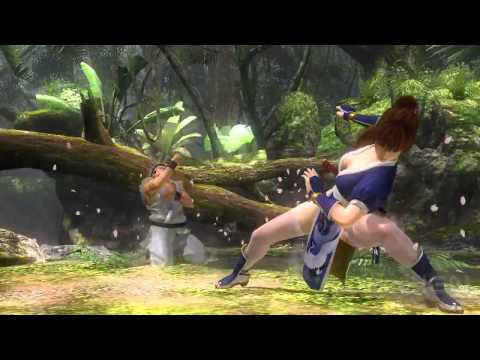 What happens when the world’s best fighters are invited to face off in an intense martial arts competition? An intense, anime style fight to victory, of course! Dead or Alive explores the idea of a worldwide competition that eliminates fighters one by one as they face off in various locations. What’s interesting about this title is not only the great 3-D environments, quick movements, and varying cast of characters, but a several game long story that touches on the organization who created the competition, with their motives unknown. DOA recently concluded with its fifth installment, finally reaching a conclusion to the main storyline. The characters in DOA have differing backstories, as well as different motives for entering the competition. This game could use less fan service of the female characters, but that doesn’t stop it from being a memorable fighting game series that has a very “anime-like” style to it. The story makes it one of the best anime fighting games around. 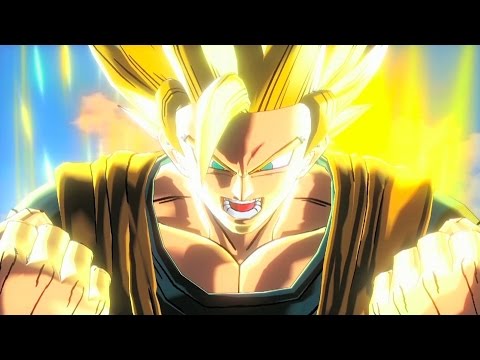 Like Naruto, the ever popular (and childhood favorite) Dragon Ball anime series also has it’s own intense fighting games. Released earlier this year, Dragon Ball Xenoverse wowed fans with its character customization system, free roaming battle system, voice acting, and arena that match the locations that were seen in the popular anime series. Xenoverse is almost like any role-playing game/fighting hybrid, which is unusual for a game of this genre. Players must time travel to retrieve story bits and piece the narrative together, which is a different way of presenting the reason for fighting against each other. For fans of the series, Dragon Ball Xenoverse is well worth a buy, as it offers a new experience that goes beyond the anime story, offering something new for longtime fans.

8. The King of Fighters series

SNK is a well known company in Japan, especially when dealing with the fighting game genre, as it has quite a reputable track record of famous and well known fighting games, from Fatal Fury to Metal Slug. However, it’s most famous title is known as The King of Fighters, a hardcore 2D fighter that’s first title dated back to 1994. Similar to DOA, The King of Fighters also involves a tournament that seeks to find the best of the best out of a large cast of characters.

What makes The King of Fighters so special is not only its history of games, but its team system that set an example for other fighting games. While very few franchises that were out twenty years still have ongoing series today, The King of Fighters still has new releases, the newest installment announced at the Sony Tokyo Game Show Press Conference. The combat looks amazing and it definitely has a distinct action anime flavor that has kept it’s popularity throughout the last two decades. 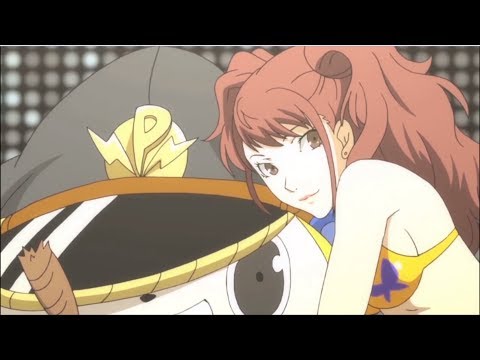 As written before, the Persona series, an RPG/school life hybrid JRPG, is known for its subsequent spin offs, from dancing games to yes, fighting games. For a game that is centered around turned based style gameplay, Persona 4 would not seem like a fit to the fighting game world. However, somehow, like every Persona 4 spinoff, it definitely works and produces a fun, quick style of 2D fighting with complicated combos that mirror the moves from the core games. Perhaps it works with Persona because of the nature of the character’s powers, the ability to summon manifestations of their inner feelings known as personas, each with unique abilities. Both Persona 4 fighting games, Arena and Ultimax (its sequel) have extensive story modes that take place after the events of the original game, making it a must play for any Persona fan.

6. Under Night In Birth EXE Late 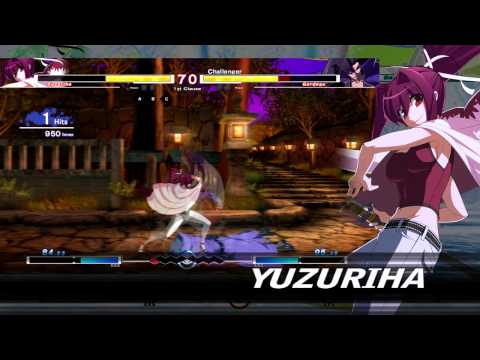 Many times in gaming there is a dark horse, an underrated game that really is something memorable, but is set back either by its niche, release, or failed promotions. Under Night in Birth EXE Late is a prime example of a fighting game “dark horse” and wowed fans through its non-generic characters, crisp fighting style, and interesting storyline. The story follows a group of people who stop forces called “Voids” which can cause people who recognize them to go insane or be sucked in by their forces. There’s also rival organizations that seek to stop the threats, along with a visual novel like story with many plot twists. Although the fanbase is not too large, Under Night in Birth is still worth checking out. 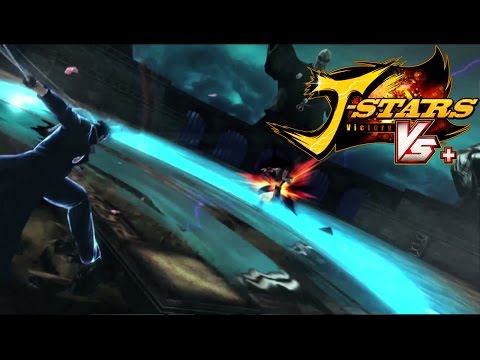 Combine all of the Shounen Jump manga heroes into one game and you get the craziness that is J Stars, an open world 3D fighting game. Shounen Jump is a popular magazine that features the most popular manga that fits into the manga action genre, usually stories that are geared towards teenage boys in Japan. However, these stories happen to be some of the most popular anime, such as Bleach, One Piece, and Naruto. In J Stars, you play as one of your favorite characters, going on a journey in the story mode via ship to travel and become the next jump star. The plot is very weird, but it works, as several characters from beloved series collide. The battle system is very fun as well, and doesn’t act like a typical fighting game. This game was finally localized this year. 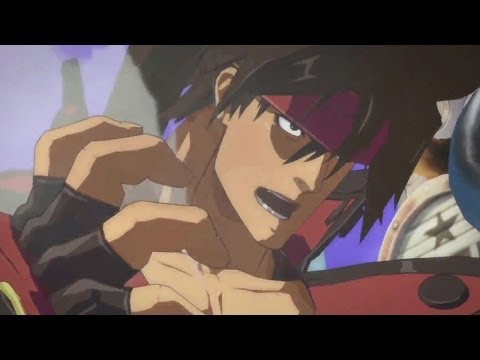 A cult classic among fighting game fans, Guilty Gear stands as one of the best anime style fighting games around, with amazing graphics, fantastic characterization, and ideal competitive combat styles. The name of the series comes from the “Gears” or magic combined with humans/monsters in the games that cause something to be transformed into a weapon. Add in a great war against the Gears, and the main plot begins in these games. The art style is incredible, with innovative gameplay that makes use of tension gauges and instant kill moves in order to one up your opponent. Characters are generally well balanced and each have a unique trait. The latest installment, Guilty Gear Xrd was released this year in the US and proved to be a worthwhile title for both old and new fans. 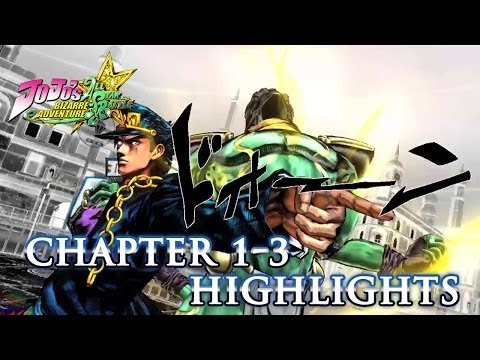 JoJo’s Bizarre Adventure, one of the longest running manga in Japan and also one of the most unique and epic tales ever told, is full of style. The characters in JoJo’s Bizarre Adventure all are part of the Joestar lineage, which began with Jonathon Joestar’s fight against antagonist Dio Brando. Filled with over the top moves and the ever famous JoJo poses, JJBA: All Star Battle is simply fun. Crazy, exaggerated combos and moves bring the characters from the popular series to life, making it a great title for both new and old players alike. 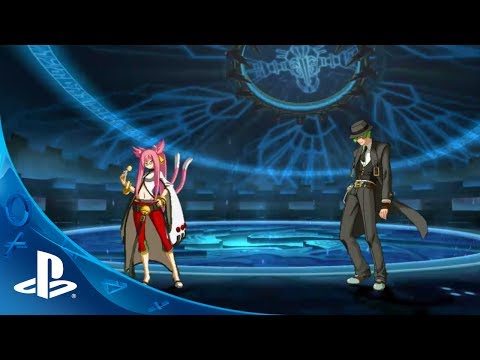 Blazblue is probably one of the most well known anime fighting games since its initial release back 2008. Following the sociopolitical issues with the organization Novus Orbus Librarium, the harsh rulers who control a power combination of science and magic, and the rebel, Ragna the Bloodhenge, Blazblue revolutionized the fighting game genre with a heavy focus on story and visual novel elements.

Although characters fit in a traditional 2D environment, players can take on the story mode for several different characters, making decisions that branch off into certain story endings. Blazblue is one of the only fighting games to receive an anime and manga series after the game release, which is a remarkable feat considering its genre. However, it is not surprising, since the wonderful cast of characters help bring this game to life. 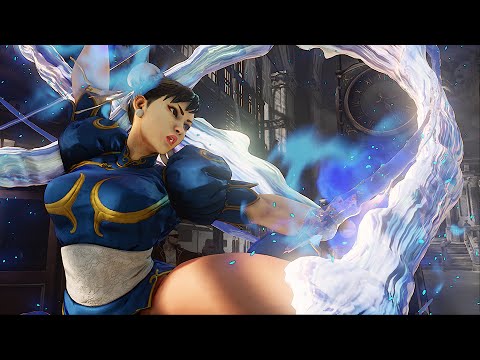 The game that started the entire anime style fighting genre is Street Fighter. Originally released in the late 1980’s, Street Fighter soon grew popularity and is still holding a legacy until this day. The plot of the original game follows the protagonist Ryu, and his journey through a worldwide martial arts tournament, a plot that inspired other games of this genre.

Since then, Street Fighter has released eight core titles that branched off into several series, as well as many arcade cabinets. It is said to be one of the best selling game franchises, and is definitely a direct inspiration to many, if not all fighting games of today. Ryu has made his appearance in several games, even landing himself a spot in Super Smash Bros 4. Street Fighter still releases new games and is continuing to be a remarkable series for all fighting game fans to enjoy.

See Also: Street Fighter 5 Would Be Just As Good Without Mega Boobs