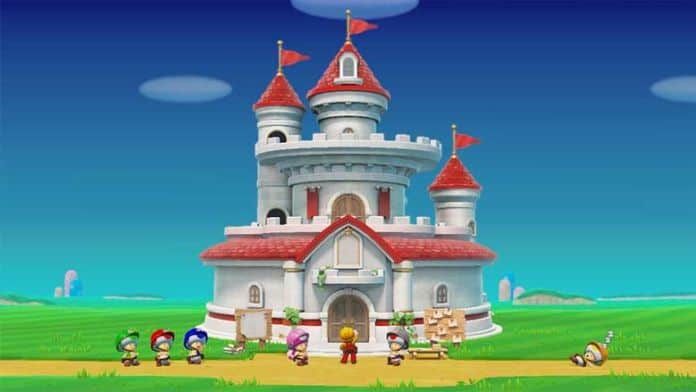 Super Mario Maker 2 is known for its level building features, which allows players to try their hand at game development. Since its release, players from all around the world have been creating new levels, each better than the former. Once a level is created, a special code is generated that lets players share their creations with others. Some players like to make fun and simple levels that pay homage to some classic Mario features, while others like to make insanely hard levels that are almost impossible to beat.

We have decided to put together a mega list of the 17 best Super Mario Maker 2 levels that you’re going to want to try out! Fair warning, some will be hard, but not all of them! Let’s get started! 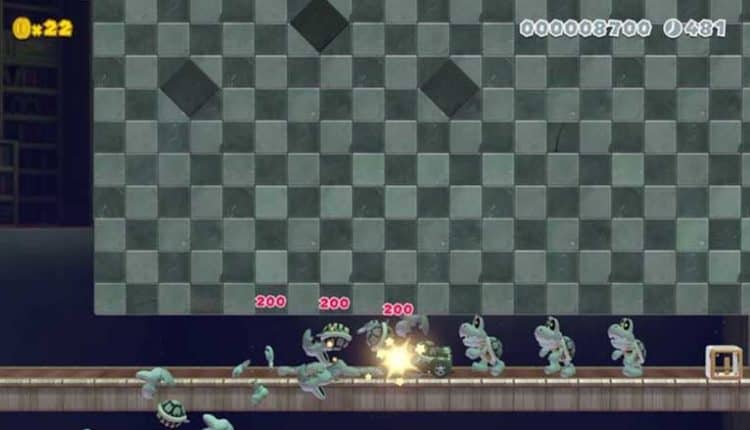 Created by user Spanky MM2, The Haunted Rollercoaster level features one of the most fun aspects of Mario games – driving a cart. This level is filled with coins and Boos. You’ll need to race to the finish without getting caught by one of the many Boos scattered throughout the level. They are not the only enemies in your way though, so buckle up and get ready to drive! 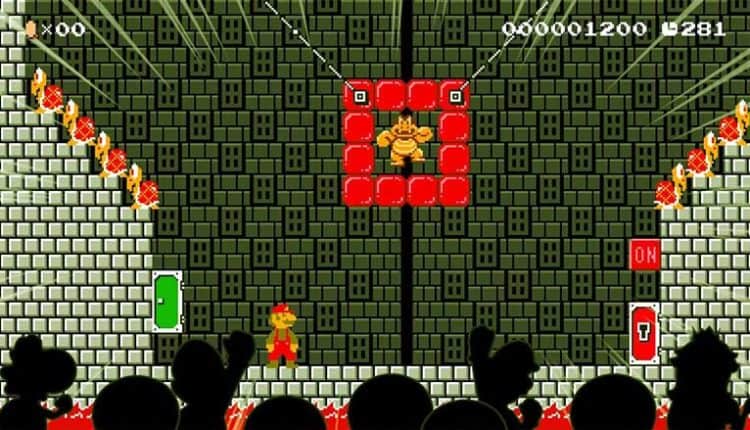 Created by Mortass, Mario the Gladiator is a level that pays homage to the graphics from Super Mario Bros. However, this is not your typical classic level. Instead, there are tons of gladiator battles that will pit Mario against all different types of enemies. Each stage of the level will drop players into the battle arena and force them to defeat the enemy in order to survive and advance. May the best man win. 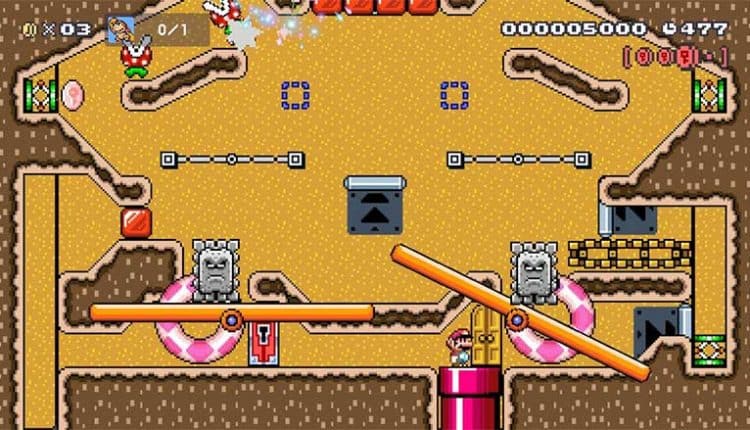 Created by Smeeed, Boom Boom Pinball is well, Mario pinball! In this level, players will have to gather red coins, free Boom Boom, and then defeat it in order to finish the level. This is a well designed level that really makes you feel like you’re playing pinball. Warm up your flipper fingers, drop your quarter into the machine, and get ready to play! 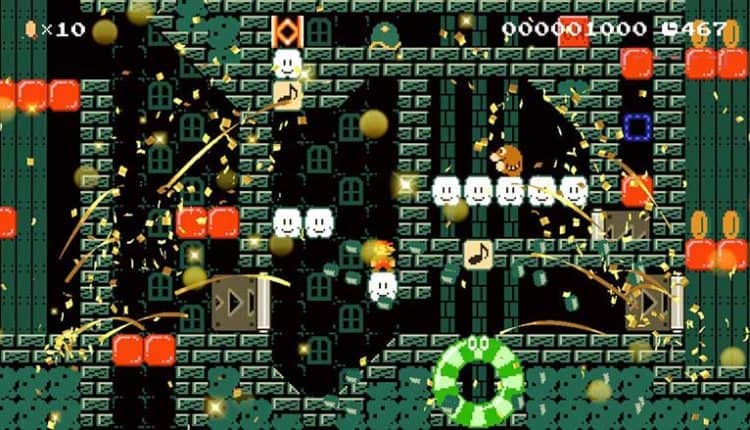 Created by Dannyh09, Zelda’s Switch Puzzle Dungeon offers a shout out to another popular Nintendo franchise, Zelda! This puzzle is filled with tons of On/Off switches, which will require players to use their brains and timing skills to gather keys and defeat one final boss. Oh, and you’ll be playing to Zelda music the whole time! 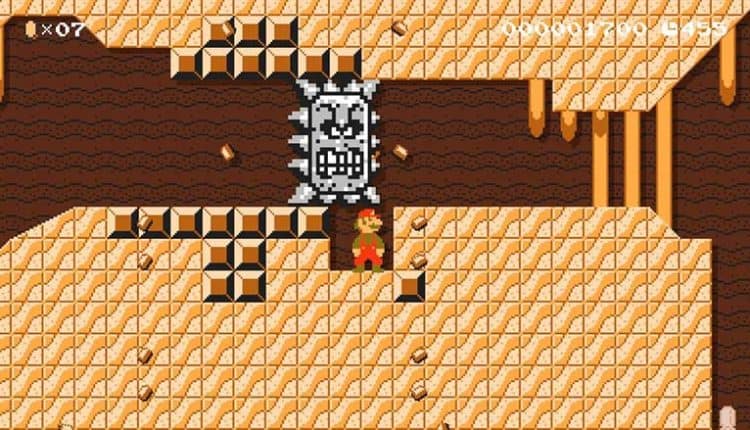 Created by Snowkip, this Super Mario Maker 2 level features one of the greatest explorers of all time – Indiana….I mean Italiana Jones! This level is filled with Thwomps, which is an obvious spinoff of the beloved Indiana Jones: Temple of Doom. Grab your hat and whip and get ready to escape some death traps! 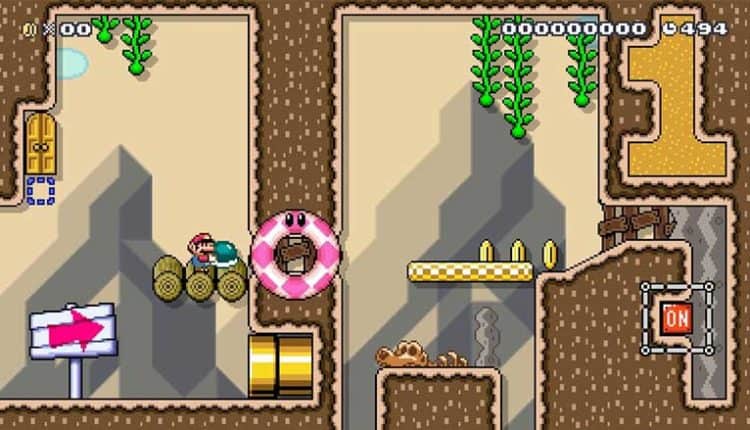 Created by Injury, the Super Mario Minigolf level will take players to the putt putt course. Mario Golf isn’t one of the most loved side series is the Mario franchise. However, if you’re a fan of the series, then this level will likely put a smile on your face. With tons of holes, you’ll feel like you’re truly playing a round of minigolf in the Mushroom Kingdom! 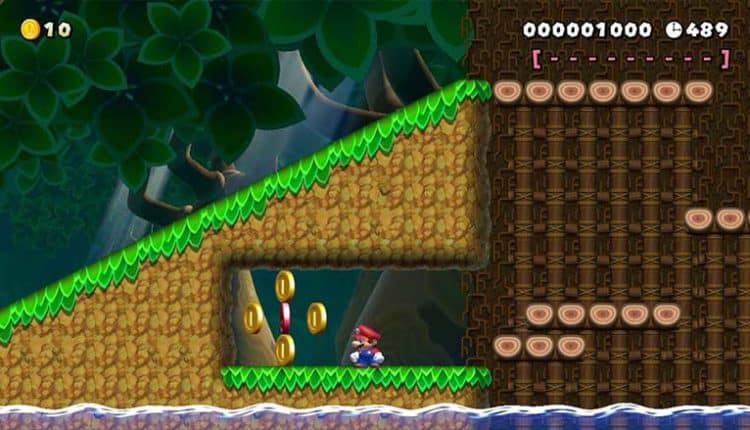 Created by Franausi, the Calm and Tranquility level is exactly what it sounds like. In this level, there are no enemies to fight or objects to avoid. The goal of the level is simply to collect enough of the red coins to unlock a hidden key. So simply sit back, relax, and explore this peaceful level. 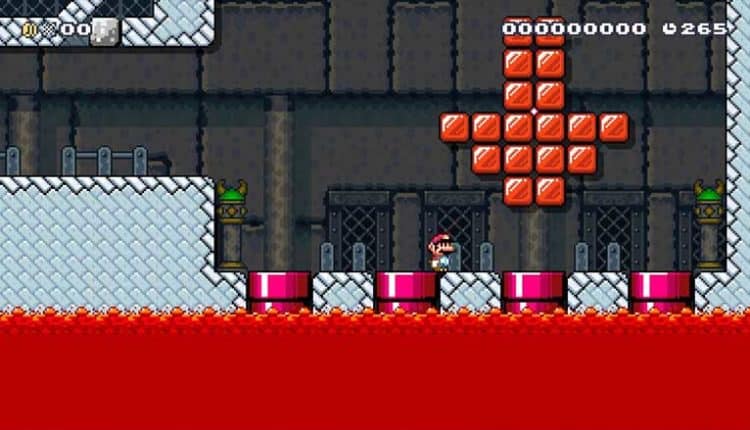 Created by Kona, Follow the Arrow is a level where listening to instruction is key. As long follow the red arrow, you’ll be okay. However, if you decide to stray away from the arrow, you’ll likely regret it. Finding the arrow is not always going to be easy, but if you’re patient, you’ll figure out where to go! 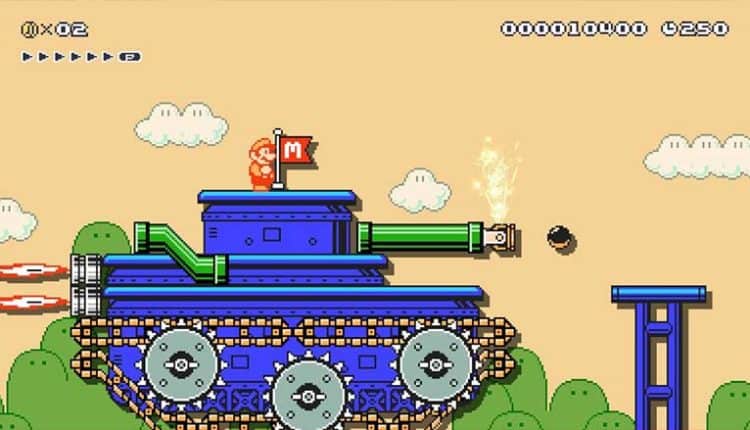 Created by Nabuz, the Mario Joins the Army-O level will give players a glimpse of what it would be like if the Mushroom Kingdom had a mandatory military draft. This tank themed level will task Mario with surviving enemy bombs and fighters as he bravely battles to the finish. There is no doubt that Bowser is likely the attacking force. Remember folks, as Uncle Sam once said (sorta), Mario wants YOU for the Mushroom Kingdom Army. 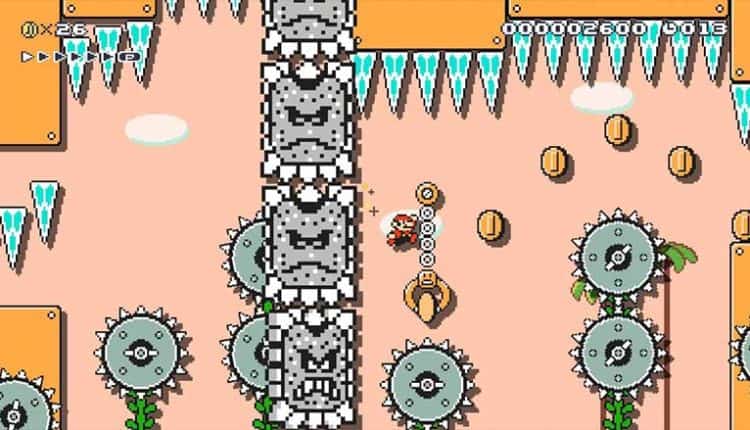 Created by Bruhhhhh, the 20 Seconds: Thwomp Temple Run is no joke. Players will literally only have 20 seconds to run through this course. There will be a line of Thwomps chasing you the whole time that will at times be as close to you as possible without killing you. With only a 21% completion rate at the time of writing, not many players are up for the task, are you? 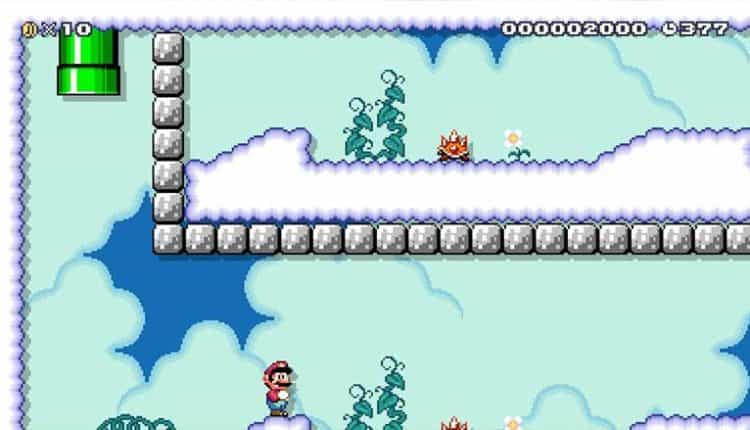 Created by a friend from China, the Invisible Skyway level will force players to race through the level without being able to see what is below them. While this may sound impossible at first, there is an identical course outline in the sky above that players will need to follow if they want to survive. There will even be times when you cannot see Mario, so you’ll simply have to trust your instincts and hope you calculate your jump correctly!

Inside the Giant Tree 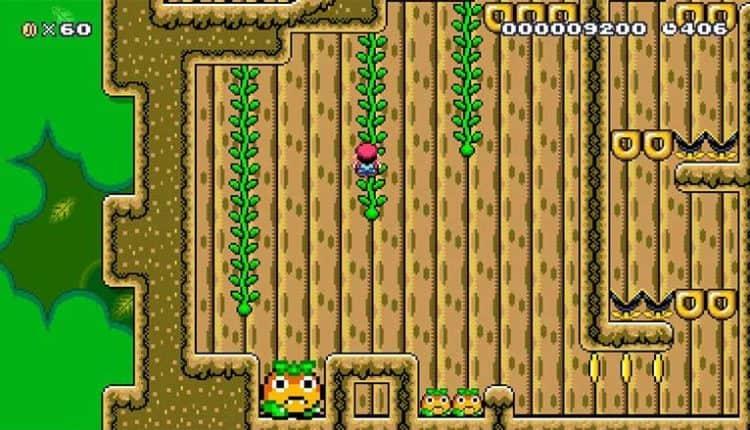 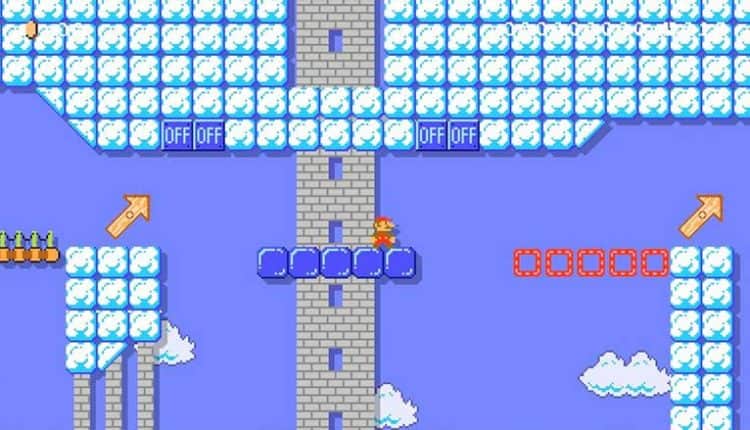 Created by Dynastell, the Celestial Sprint Speedrun will allow players a mere 20 seconds to complete this course. If you’ve ever though about being a speedrunner, now is your chance to test your skill. With less than a 10% clear rate, this will be a quite a challenge for a lot of players! 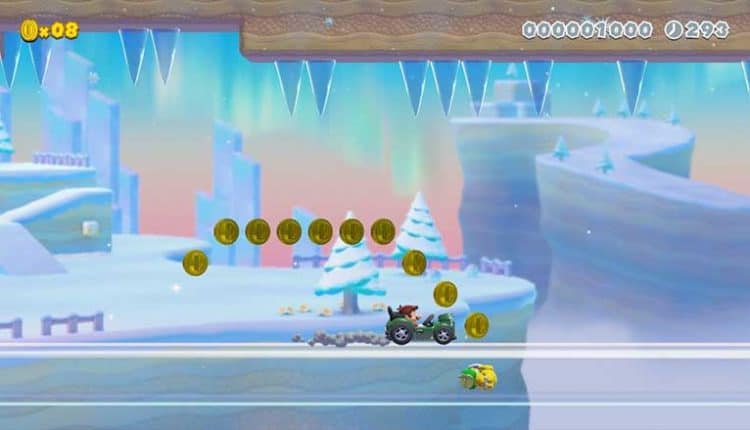 Created by Spanky MM2, the Toboggan Down Frozen Tubes level is a fast moving car racing level, where timing is everything. If you fall behind, you’re as good as dead. You’ll need to break our your Mario Kart skills for this level, and see if you have what it takes! 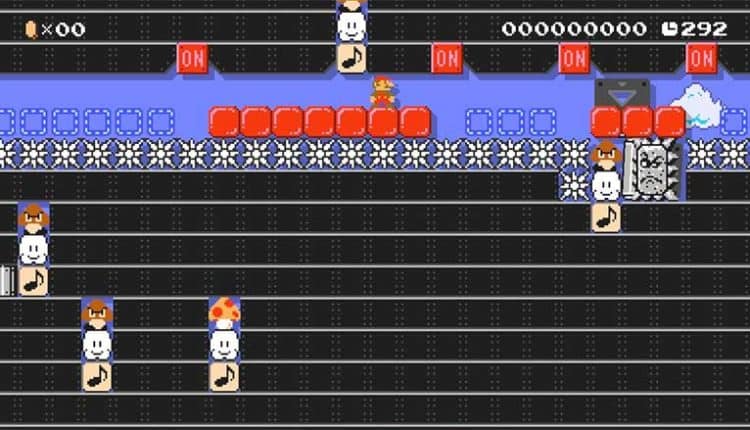 Created by RowlAEt, the Rhythm Challenge: Gourmet Race is one of the best Super Mario Maker 2 levels that I have seen. Set to the rhythm of a Kriby song, this level will bring out your musical side. It is a bit challenging, but well worth it. Completing it won’t be easy, but the feeling of satisfaction at the end is well worth it. 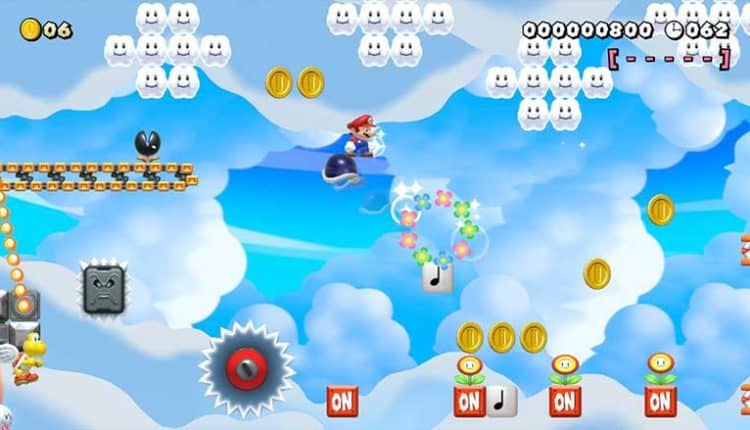 Created by a Chinese friend, the Automatic Mario level is a bit strange because the key is to stand completely still. All you need to do is to sit back and relax while the level does the work for you! However, sitting and waiting will take you over a minute, while the World Record is under 30 seconds. So, it seems there may be a way you can speed it up, can you figure it out? 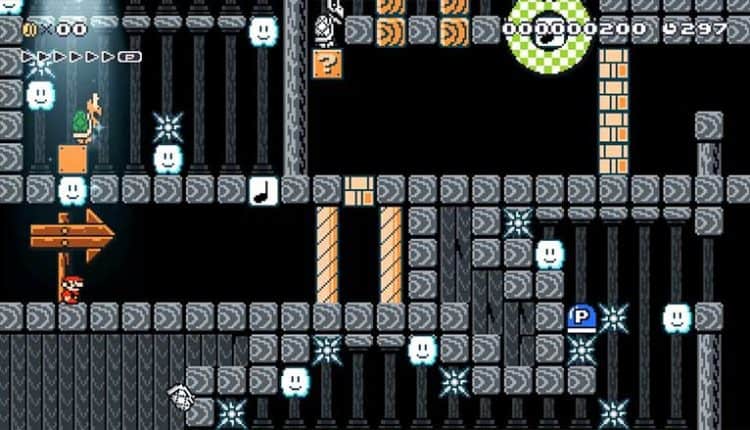 Created by Royal Ace, the Koopa Resurrection level all about using the Koopas to your advantage. Usually, they are trying to kill Mario, but in this level, they need Mario’s help in order to be free! Will you lend a helping hand? 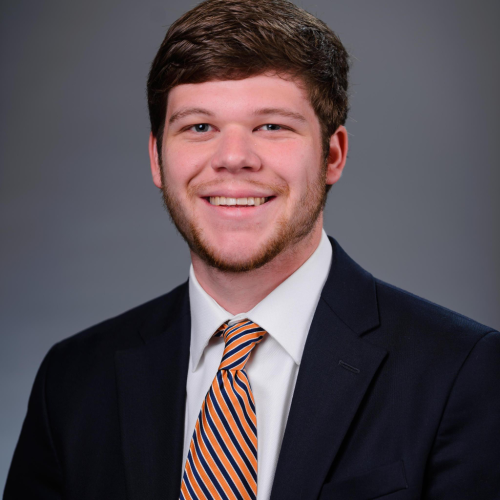