Netflix has confirmed that Bright will be getting a sequel in the future. The confirmation came from a video titled “Leaked Orc Auditions,” a humorous compilation of various actors “auditioning” for a role as an Orc in the next Bright movie. Netflix also makes it clear that they haven’t landed on a proper title yet, listing a variety of possibilities: Bright 2, Brighter, Bad Boys In Mordor, Orcs Gone Wild, and Wand Wars. 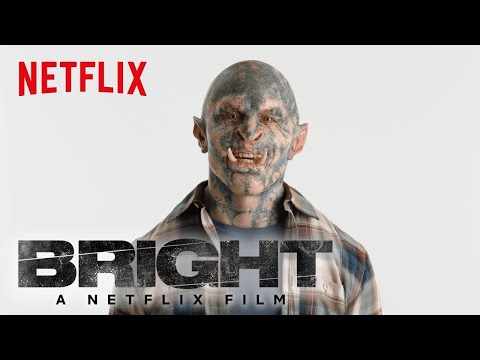 My personal favorite is Bad Boys In Mordor, as I think it truly encapsulates what Bright is as a movie and series. The title is referencing Bad Boys, a 1995 film directed by Michael Bay that also starred the lovely Will Smith. Back then as it is now, critics weren’t entirely impressed with Bay’s penchant for explosions. Nonetheless, Bad Boys made history as a fun buddy cop movie between two characters with excellent chemistry.

Bright is much the same way, it’s not really made for the plot as it is for the banter and odd humor that occurs in the world. Bad Boys addresses racism as well, as black cops in the 90s were not anymore common at the time than they are now. That is where the difference might lie, as Bright approaches the subject in an awkward and rough way. As such, it is best to ignore the attempts and enjoy the humor instead.

Such wrinkles will hopefully be smoothed out as director David Ayer takes over writing for the film. As with most projects Ayer is attached to, he will be both writing and directing for the sequel. Max Landis wrote the original script for Bright and he will not be returning.

Despite Bright not being received very well by critics, it is Netflix’s most streamed movie in over 190 countries. Furthermore, Netflix claims that 11 million user in the US alone were streaming Bright during the first three days of its launch. This number is apparently not counting computer or mobile device streams, only TV.

It seems that Bright is at least bad enough to watch at least once, and despite its many problems, we look forward to seeing the sequel: Brighter or Bad Boys In Mordor, whatever they decide to call it.