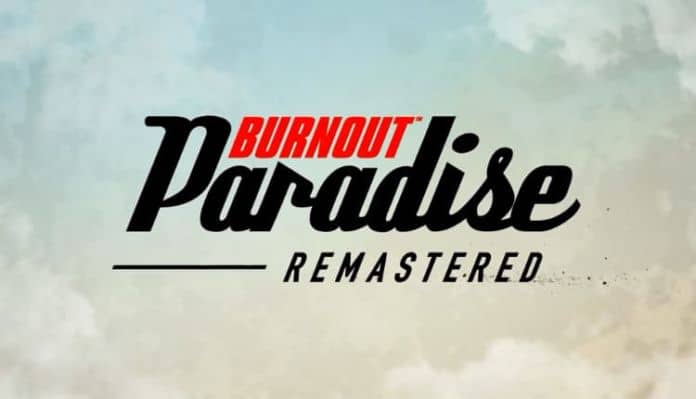 When it released in 2008, Criterion Games’ Burnout Paradise was adored. The open world was a revelation at the time and the game still carried the pedigree of what made the series as a whole so special. So for many, today’s news of Burnout Paradise Remastered heading our way is quite exciting.

Your brakes should be pumped if you’re expecting a full overhaul of the game though. We’re essentially getting the same product that hit shelves just over ten years ago. The visuals don’t look like they’ve seem much of an upgrade either. However, Criterion is now implementing 4K support and has the game running at 60 FPS.

EA and Criterion are including all of the original game’s DLC too though. One of which featured four iconic vehicles from television and film. The Jansen P12 88 Special, based on the DeLorean from the Back to the Future series. The Hunter Manhattan Spirit, inspired by the Ecto-1 from the Ghostbusters movies. The Carson GT Nighthawk, a copy of KITT from the television show, Knight Rider. And the Hunter Cavalry Bootlegger which gets its design from The General Lee of The Dukes of Hazzard.

Various other cars were released as premium DLC too, as well as a few game modes with Cops and Robbers being the highlight. Criterion also developed an entirely new island for the game. Big Surf Island was essentially just a giant playground for players to execute stunts throughout.

The only DLC not being incorporated into Burnout Paradise Remastered is the Time Savers content. However, this was merely a premium shortcut for players to quickly unlock vehicles. No real loss there.

EA has announced that the game will be hitting Xbox One and PlayStation 4 on March 16th. A PC version will be coming via Origin at a later, unannounced date. Burnout Paradise Remastered will retail at a discounted price point of $39.99.