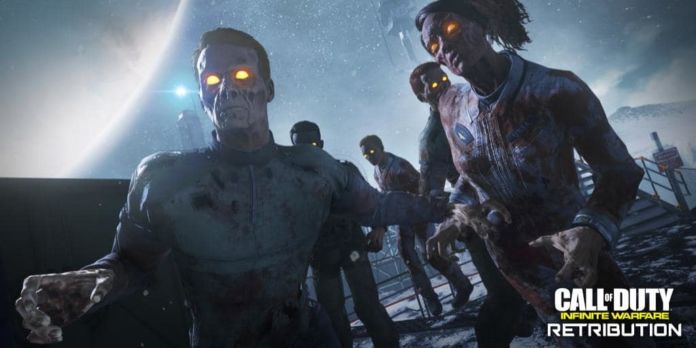 Activision has announced the details and release date for the Call of Duty: Infinite Warfare DLC titled Retribution. It will release September 12, 2017 on the PS4 with Xbox One and PC following later. Retribution includes four multiplayer maps and the last instalment of the zombie co-op mode, The Beast from Beyond. The trailer for the latter is shown below. 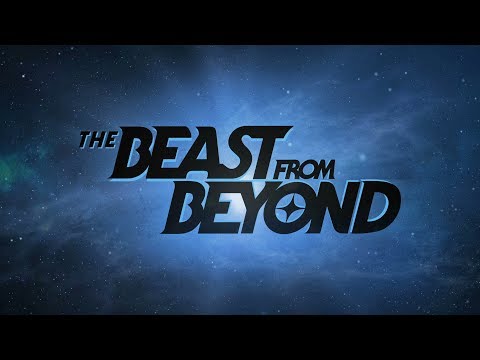 As the last zombie fix for the game, the head of the developing studio Infinity Ward Dave Stohl has a few parting words. He expresses how much fun it had been to create content for the Infinite Warfare community. The final send off being Retribution and the “culmination of our thrilling zombies storyline.” It will be filled with “tons of surprises” and “showcase combat rig abilities and great gameplay.”

Now, lets dig into those details. First up is The Beast from Beyond, featuring the voice talent of Paul Reubens (Pee-Wee’s Big Holiday, Blow) as villain Willard Wyler. The diabolical director has once again trapped four people into a horror film. This one is set on an ice planet within an abandoned military station. Well, not so abandoned as all of the members were infected and it is up to the player to kill them off and survive long enough to escape. Hopefully exact a little revenge on Wyler too.

There will be new weapons and items to use as well, in addition to all the voice actors that will make a return to the story; the ever-famous Seth Green (Buffy the Vampire Slayer) as Pointdexter, Ike Barinholtz (The Mindy Project) as AJ, Jay Pharoah (Saturday Night Live) as Andre, and Sasheer Zamata (Inside Amy Schumer) as Sally. This is certainly yet another Call of Duty DLC that reads more like a cast list for a movie.

Nonetheless, that brings us to the map details. There are fours maps titles Carnage, Heartland, Altitude, and Depot 22. Carnage is “a post-apocalyptic race track along the California coast” with plenty of hazards and traps to either take of advantage of or die trying. Heartland, as you might guess, is a fictional small American town after the “classic Call of Duty: Ghosts map, Warhawk.” Black Hole Generator included, no assembly required.

Altitude, being a little in the name too, is an enormous shopping mall “located on the edge of the universe” with “floating lush waterfalls.” Depot 22 is on the outskirts of civilization and centered around a moving train. It’s a three-lane map for a variety of combat methods, like the cantina for the personal and up-close kind.