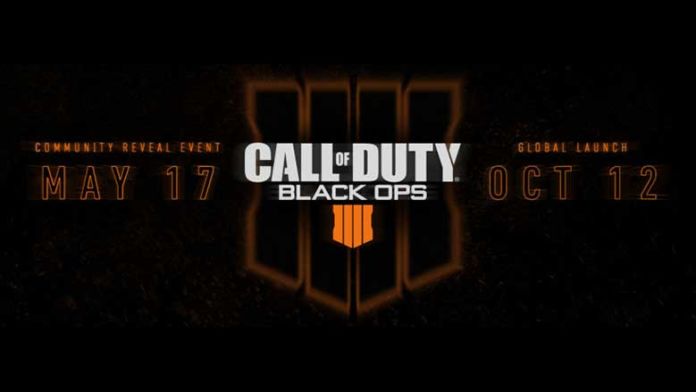 It looks like Activision has had to reveal the next Call of Duty game slightly before they’d like to (thanks James Harden), as the publisher has just officially confirmed Call of Duty: Black Ops 4. 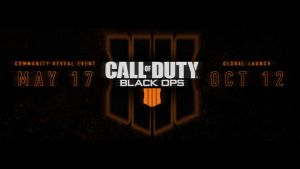 What we know, first, is that it is going to be stylized as Black Ops IIII (as was previously rumored). We also know that the game’s release date has been set for October 12, and that it’ll release on Xbox One, PS4, and PC.

We don’t have much along the lines of details just yet, but we know that we’ll learn more on May 17th during a Community Reveal Event with developer Treyarch in tow.

We’ll also note that the press release we received also mentioned a ‘game-changing experience’ with language that also included words like ‘revolutionize’. That could be just PR speak, but it could also mean there’s a big change ahead.

Unfortunately, we weren’t given any other details regarding Call of Duty: Black Ops 4. There wasn’t anything that lets us know one way or the other regarding whether or not there will be jetpacks this time around. We can expect it to be future-set until Treyarch says otherwise, and it’s hard to imagine a futuristic shooter without jetpacks (admittedly, a bummer). However, given the success of WW2, we can’t help but wonder if this year’s CoD is going to follow suit and lose them.

Stay tuned for the latest gaming news here at Nerdmuch.com.

You can pre-order Call of Duty: Black Ops 4 on Amazon or at Gamestop.