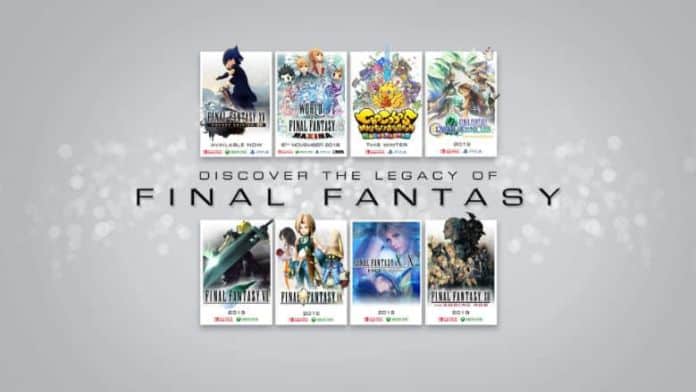 We got a bit of tease on this yesterday during the Nintendo Direct, but Square Enix elaborated on it more today. 8 classic Final Fantasy games are being ported and rereleased onto PlayStation 4, Xbox One and Nintendo Switch.

Oddly, Square Enix didn’t put all 8 of the classic Final Fantasy games on all 3 consoles. Instead, some are on PlayStation 4 and some are one Xbox One. All of them though will be available on the Switch.

Available now is Final Fantasy 15: Pocket Edition for all 3 of the consoles. It’s an abridged version of 2016’s Final Fantasy 15, and it earned great reviews when it released on Android and iOS back in February.

Square Enix also confirmed that World of Final Fantasy Maxima is coming to all 3 consoles, as well as PC, on November 6th. It too earned solid reviews when it first launched on PlayStation 4 and PlayStation Vita in 2016.

Obviously Square Enix is all in on the Nintendo Switch throughout the next year. It’s possible a lot of these classic Final Fantasy games can find new audiences on Nintendo’s console/portable hybrid. We’ll see how these ports fare as they roll out over the coming year.