Home Games Destroy All Humans! Review: Not Out of This World 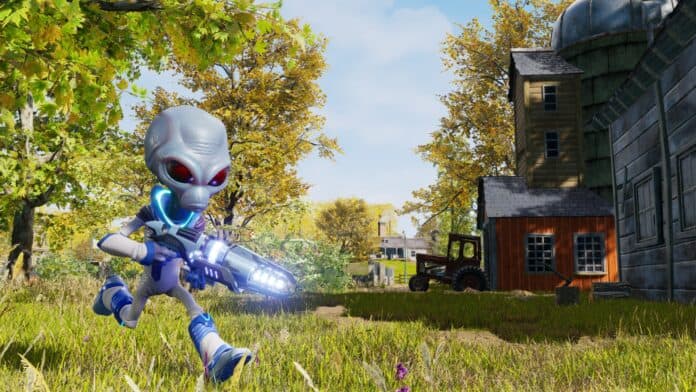 I remember picking up Destroy All Humans! for the third time last year, back when the original first became available on PSN. I booted it up expecting to relive the glory days of anal probing humans and demolishing entire cities with laser beams, but I just couldn’t get back into it. Everything about the game seems dated now; its gameplay is easy and simplistic, its graphics are absolutely a disgrace by today’s standards, and it lacks the charm and humor that was appealed to me when I was a wee lad (or, rather, the humor is the same and just not as amusing as it was now that I’m a “grown-up”). I played it for a couple of hours and then simply never touched it again.

But, how does the newly-released remastered Destroy All Humans! stack-up in 2020?

Obviously, the graphics have been given a rehaul over the original, and it does have a fresh coat of paint. Crypto looks less like a wrinkled grey alien than in the original, and the world does feel a bit more vibrant than it used to. I’m not sure if those reading this will remember, but the original game had sort of a greyish hue and dull coloring the first time around. That greyness is gone and is replaced with something that’s much more colorful. Destroy All Humans! looks undeniably better all-around. 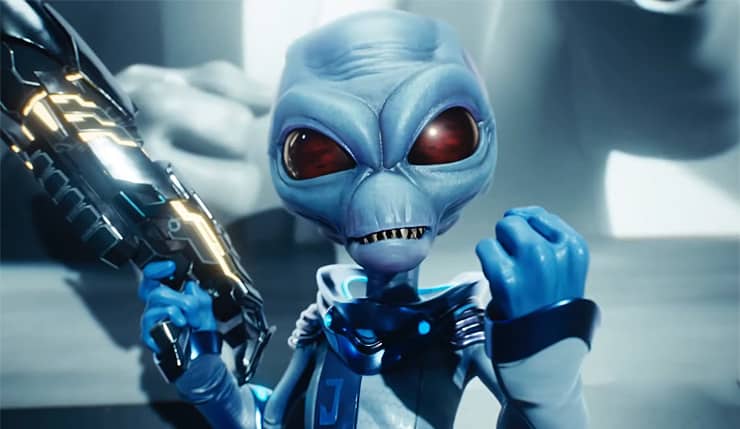 But even in its shiny new skin, Crypto’s earthen adventure will feel all too familiar. You’ll be handed a mission from your alien overlord that will send you to a relatively small sandbox open world area to complete the objective. The missions are all incredibly easy, and range from having Crypto blow up something of human origin, probe some humans with his ability, steal someone’s likeness with the Holobob to gain entry to a certain area, or read the thoughts of humans in a particular area.

There’s also little variation between missions, without any unique ideas or memorable missions that stand out. For the majority of the game’s missions, you’ll be placed in the role of Crypto-137, and for a few missions, you’ll have to use your saucer to destroy stuff.

You’re able to upgrade Crypto and his spaceship as you play through the game, but those upgrades definitely feel like very minor changes to the gameplay as none of them provide any real value or make any sort of difference. It feels like an upgrade system just to say that there’s an upgrade system, without much thought put into it.

While the majority of the humor is cringeworthy at best, some of Destroy All Humans!’ satirical jabs are still relevant. But THQ knows that the early 2000s humor isn’t all going to land, which is why they’ve included a brief disclaimer when you first boot up the new version that pretty much says, “Yeah, we know it’s corny, but that’s because we didn’t change any of the dialogue.”

Is the Destroy All Humans! remaster worth playing?

If you’re looking to just hop into a game without taking it too seriously to kill some time, then it’s probably worth playing. If you’re looking for better gameplay than the original, you’re not going to get what you want here with the remaster, so you should probably skip it. Sure, throwing cows around with a laser beam and destroying buildings with your saucer’s weaponry feels great, but it does grow stale quickly.

I think what we all really want is a completely new open world Destroy All Humans! game that not only updates the graphics but also updates the gameplay to be more appropriate for something releasing in 2020. But, that’s not what we got here in 2020 (nor was it what we were promised). If you’re looking to relive Crypto’s short adventure from the PS2 era, this is, at least, the best-looking version available. But if you’re looking for sweeping changes to gameplay that freshens things up, you won’t find it here.