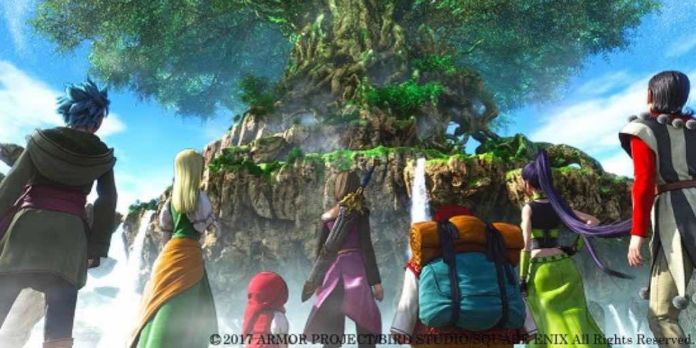 Square Enix has finally announced that Dragon Quest XI: Echoes of an Elusive Age will be coming to the West, and it will be sometime in 2018. No exact date was given, but Square does promise more details will come this fall. To commemorate the occasion, creator Yuji Horii himself gives us the announcement in video form and tells us a little about the game and a small update on the localization process for the game. 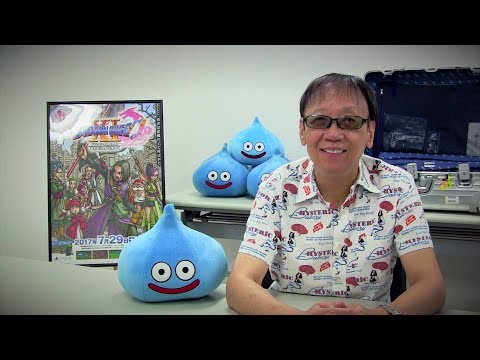 Dragon Quest XI is a game filled with great stories, art (from manga artist Akira Toriyama), and captivating music (from Koichi Sugiyama). The game centers around an unnamed hero who struggles to understand his fate. But with the help of charming and supportive friends, he will prevail to explore the land before him. Adventure awaits, with a not few exciting fights and “instances of heroism” to challenge the player.

The gameplay we’ve seen so far supports all of these, giving us vast landscapes and the ability to climb to high areas. The different versions, at least between the 3DS and the other two consoles, will have slightly different gameplay. The 3DS sports two different graphical modes, of course, either 2D or 3D, but both will not be present on both screens at the same time. Instances where both screens will be 3D (or 2D) will be at the very beginning of the game, before the player has the option to set the mode how ever they choose.

The battle system will also remain the same as in previous games, which is turn-based combat. If you’re not as into such a gameplay style, it might help that there is plenty of good story to go along with it. The rest of the game might very well be worth it and the combat is only a small fraction of that work.

Dragon Quest XI will be released on the PS4, 3DS, and the Nintendo Switch.